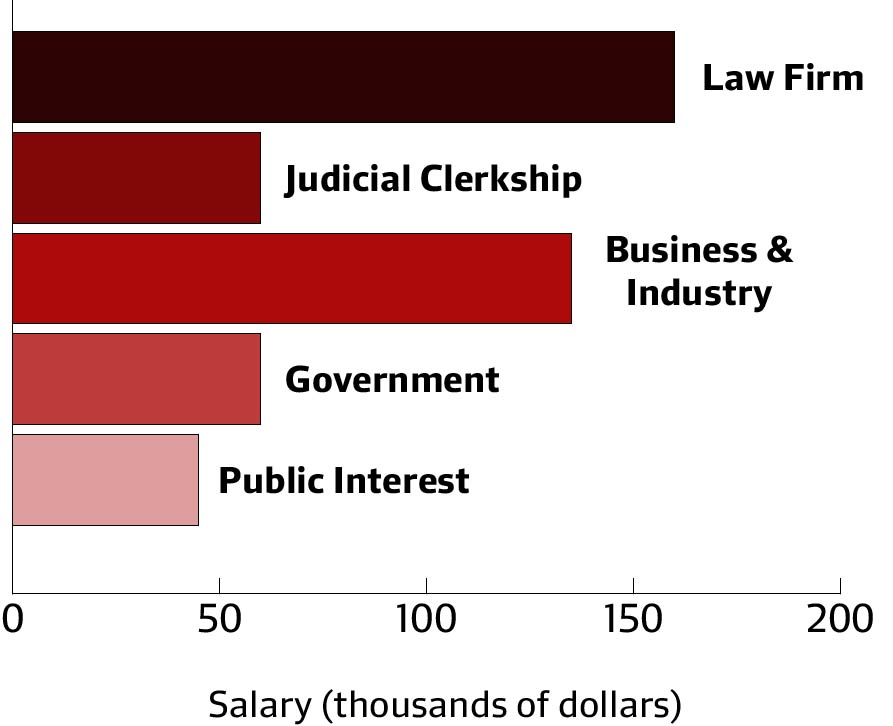 In an ever-changing legal market, more than 96 percent of Harvard Law School’s class of 2014 is employed, continuing a years-long trend that, Mark A. Weber, the assistant dean for career services at the Law School, said he thinks will persist when the class of 2015 crosses the stage in May.

Employment numbers, published on the Law School’s website, for the class of 2014 track employment 9 months after graduation, and are mostly consistent with figures for the classes of 2013 and 2012. Once again, the total employment rate hovered around 96 percent and the majority—60.92 percent—of Law School graduates moved on to work at law firms, earning a median salary of $160,000.

This median salary at law firms—which is also the median, but not average, salary for all 2014 Law School graduates—does not represent additional “bonus” pay, according to Weber.

“Somebody could be making anywhere from a 10 to 25 thousand dollar bonus, so you’re getting closer to 200 thousand dollars right out at school,” he said.

Employment data for the Law School's class of 2014 show little change in the average salary for graduates compared to recent years. By Nadia X. Haile

Behind law firms, judicial clerkships were the second most popular form of employment for the class of 2014, earning a median income of $60,000 as clerks.

The Law School and the University provided funding to a larger number of recent graduates from the Class of 2014 than previous years. For the class of 2014, 30 students, or 5.12 percent of students, received funding from Harvard, as opposed to 22 and 19 students in the classes of 2013 and 2012, respectively. Weber said that this change represents an increase in the number of students who received a “nominal” amount of funding in addition to other forms of employment.

“In all of those cases, they had other employment, but we still had to treat it as being law school funded,” he said.

“When they’re graduating, and getting their diploma, the vast majority of our students know what they will be doing,” he said.