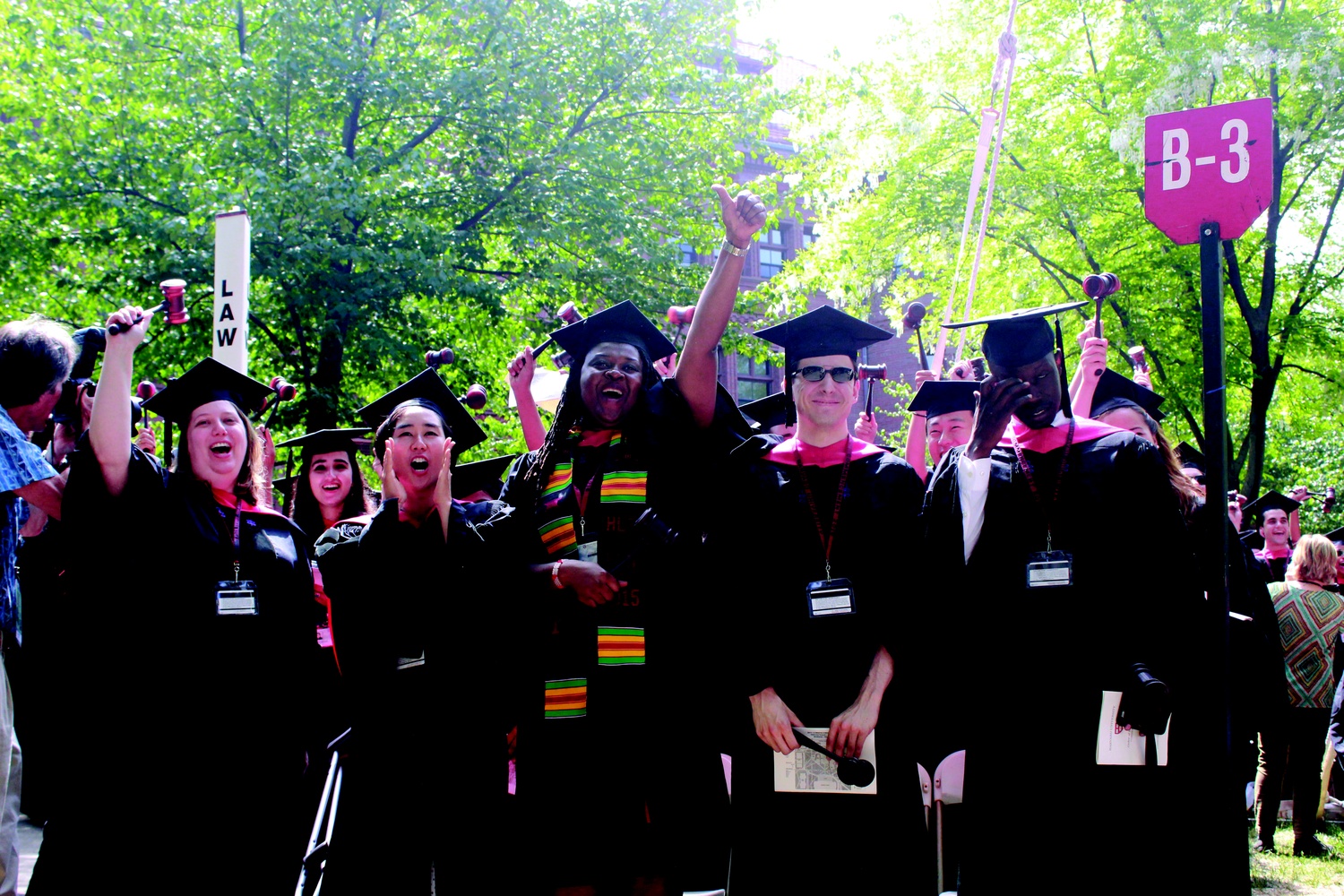 Harvard awarded 7,736 degrees and 32 certificates during its 364th Commencement exercises in Tercentenary Theater on Thursday morning, including 1,612 degrees to students of the College and 995 to students of the Graduate School of Arts and Sciences.

“I salute all these women and men, trusting that they will forever wisely enjoy the freedoms that their education has given to them, while bearing the responsibilities that their learning demands of them,” said Michael D. Smith, dean of Harvard’s Faculty of Arts and Sciences, who spoke briefly before the conferral of degrees by University President Drew G. Faust. 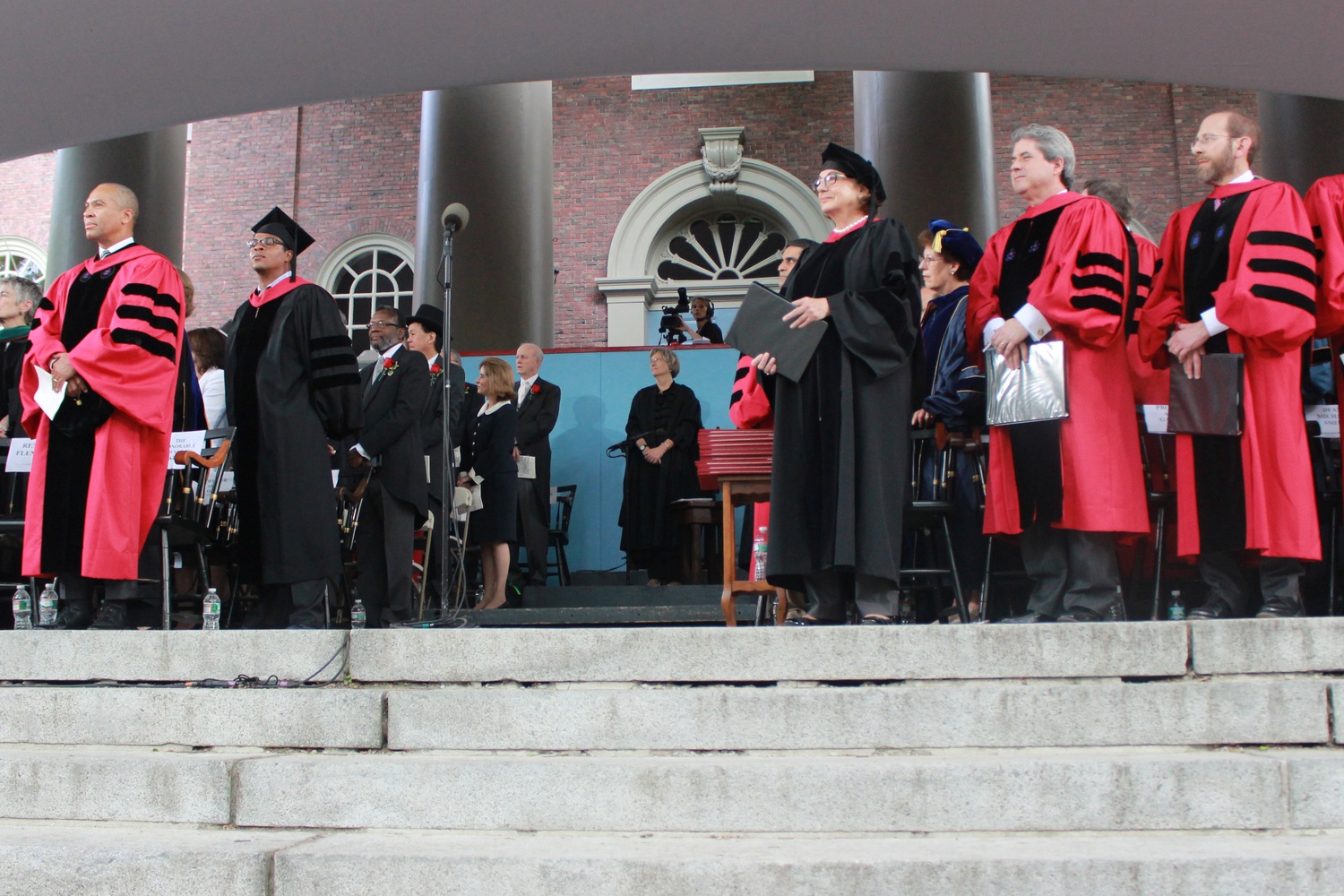 University President Drew G. Faust stands with other officials before awarding the candidates from various schools their degrees. By Savannah I. Whaley

Patrick and Mukwege each received standing ovations from the audience of students, families, and alumni upon receiving their honorary degrees.

“Far beyond his hospital, he has become an impassioned advocate for Congolese women, demanding attention to the barbarity they continue to endure and urging an end to the violence,” Provost Alan M. Garber ’76 said as he introduced Mukwege. “He maintains his faith and courage in the face of the unspeakable.”

The Morning Exercises also featured three speeches by graduating students. Jim P. McGlone ’15 delivered the Latin Salutatory, entitled “Quid durat?”, reflecting on the passing of this year’s record-breaking winter, arguing that what ultimately stands the test of time is not the University itself but the bonds between classmates it creates.

Jake W.C. Silberg ’15 and graduating Ph.D. student Anna F. Wang Erickson delivered the senior and graduate English addresses, respectively, both calling for engagement and compassion in life after the University.

“It is easy to disengage in the world as it is, when we hear of the suffering of people from Iraq to Newtown, when we know the globe is warming and the middle class is shrinking—it easy to think that no one can solve these big problems, and to conclude that no one should try,” Silberg said, characterizing a diploma from Harvard as not just a piece of paper but also a call “to see the world as it is and still choose to imagine the world as we want it to be.”