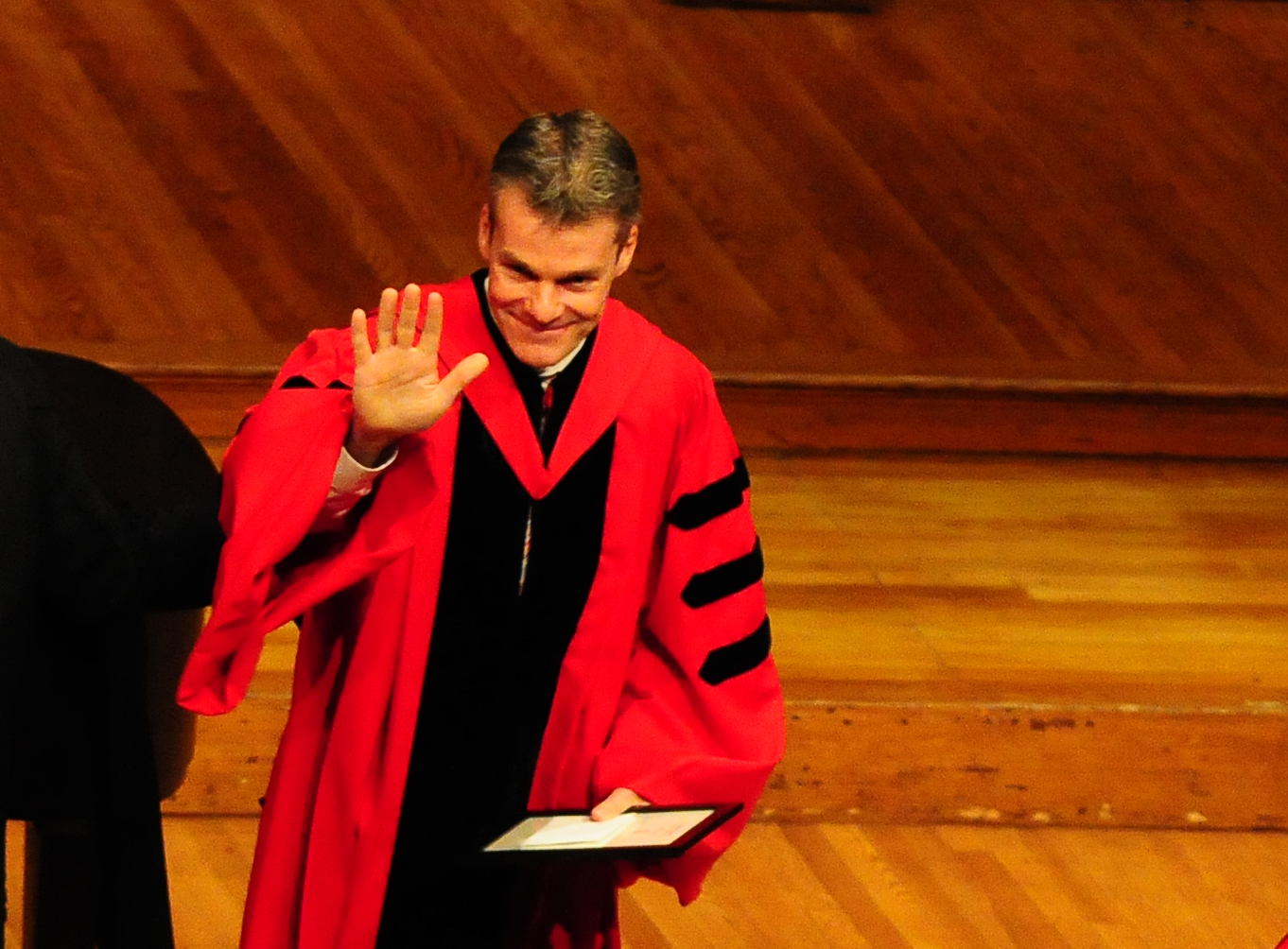 When Stephen Blyth took over the top spot at Harvard Management Company in January, he was catapulted into the role as the public face of one of the world’s most prestigious endowments, but one that has seen a great deal of criticism in recent years for consistently underperforming relative to its peers.

Blyth, who arrived at Harvard in 2006, succeeded previous HMC head Jane L. Mendillo, who was publicly praised by University leaders but also questioned by others for not being effective enough to compete with other endowments. Harvard's endowment was valued recently at $35.9 billion.

In the new position, Blyth faces high expectations from Harvard and its supporters to return HMC to the top of the pack.

Since Blyth joined HMC in 2006 after spending time at Deutsche Bank and Morgan Stanley’s London office, he has been seen as one of HMC’s premier investors. In 2013, while serving as the head of the fund’s public markets team, Blyth earned $11.5 million in compensation—the highest pay of any employee at HMC—after his primary division returned 16.5 percent, beating the benchmark by 1.8 percent.

Glenn H. Hutchins ’77, co-founder of private equity firm Silver Lake Partners and a member of the HMC Board, said Blyth’s investing prowess was what made him an attractive candidate.

“What Stephen brings primarily in my view is the fact that he is a first-rate, world-class investor. I think that’s exactly what is needed for this time period in Harvard Management’s history,” Hutchins said in a phone interview, joined on the call by Paul Andrew, Harvard’s vice president for public affairs and communications.

University President Drew G. Faust also praised Blyth. “I think he’s asking big questions, and he’s very energized, and I think he’s communicating a lot with the company and the employees are really happy about that and feel very engaged with him.”

Although Blyth does not have the abundance of top-level management experience that Mendillo had when she returned to HMC as the CEO in 2008 after serving as chief investment officer of Wellesley College for six years, Hutchins said that he believes Blyth has the experience to transition.

After helping Harvard’s endowment recover from a global financial crisis, Jane L. Mendillo left her position as Harvard Management Company President and CEO at the end of 2014. By Robert F Worley

“You’re right that he's never been a chief executive before, but you’ve got to remember that he has had almost every other kind of other management job at Harvard Management,” said Hutchins, who also serves on Harvard’s elite group of donors, the Committee on University Resources. “He ran the team, he ran the desk, and he ran half of the endowment. He is not without management capabilities.”

Despite coming into the top post with relative discreteness, those close to Blyth, who declined The Crimson’s request to be interviewed for this article, praised him as a great representative for HMC and Harvard as a whole.

“Stephen is a Harvard man through and through,” Hutchins said. “If you observe him as a model for the kind of behavior that you want to have and the kind of person you want to be the CEO of an organization like Harvard Management, you couldn’t ask for a more ideal person: a person who is really committed across a variety of different dimensions to the University’s success and also has a world-class track record as an investor.”

This year, Blyth is taking a leave from his teaching appointment in the Faculty of Arts and Sciences as a professor of the practice of Statistics, for which he received a monthly salary of $1. Within the department, he taught Statistics 123: “Applied Quantitative Finance,” for which he also wrote the textbook.

Blyth settles into the top spot at HMC after years of inconsistent performance at the fund.

When Mendillo joined HMC as its CEO in 2008, the American economy was on the verge of free fall. Many of the Harvard endowment’s assets were in illiquid positions such as private equity, which for much of a decade had consistently led to high returns. Despite the practice of using a Policy Portfolio, which set targets for the percentage of the endowment to be invested in different asset classes to manage risk, the financial crisis hit HMC hard. In Fiscal Year 2009, the fund plunged 27.3 percent.

As a result of the financial meltdown, HMC was unable to provide the University enough liquid capital to cover budgets, forcing the fund to liquidate some of its long-term positions, such as private equity investments, and take massive losses.

University of Chicago Booth School of Business professor Steven N. Kaplan ’81 said Harvard’s recent poor returns have not just been based upon their underinvestment in private equity to gain liquidity, but overall underperformance in the asset class. Over the last five years, HMC has missed its benchmarks in private equity by an annualized negative 0.6 percent. In Fiscal Year 2014, Mendillo’s last full year at the helm of HMC, private equity returned 20.3 percent, under the benchmark of 21.6 percent, the highest benchmark for any asset class.

Harvard’s endowment as a whole has five-year annualized returns of 11.6 percent, below average for universities with endowments of more than $1 billion, 12.1 percent.

"What Stephen brings primarily in my view is the fact that he is a first-rate, world-class investor. I think that's exactly what is needed for this time period in Harvard Management's history," said Glenn H. Hutchins '77, a member of the Harvard Management Company board.

“I think we now have a team that has the kind of skill-set and track record to manage that portfolio well, so I am very confident about it,” Hutchins said. “If and when managed well, private equity is a major contributor given its high historical rates of return to the endowment and it’s something I think we should stay committed to.”

While Harvard Treasurer and HMC board member Paul J. Finnegan ’75 has publicly expressed confidence in HMC’s ability to consistently generate value through an active management approach to the endowment, much remains unknown.

Finnegan pointed out in an interview that much of Blyth’s strategy going forward—particularly the areas to which he allocates Harvard’s assets—will be revealed in September 2015 in his first report as CEO. But Harvard will not know about the full scope of his investment philosophy and its results until September 2016, when HMC releases its first report in which Blyth served as the chief executive for the entire fiscal year. Until then, Harvard affiliates appear set to wait with optimism.