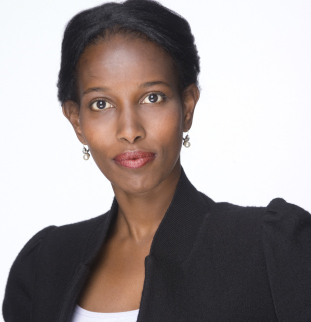 By Courtesy of Ayaan Hirsi Ali

This endeavor to achieve perfect diversity started out with good intentions: Women, blacks, and gays in this country were the victims of vicious discrimination for centuries. It was a liberal project derived from the most basic of liberal principles: the rights and freedoms of the individual to choose his or her own destiny.

Since the country’s founding, America has fought to make this utopian vision, enshrined in the Constitution, a reality. And Americans rose to the challenge: a civil war was fought to abolish slavery; a suffrage movement expanded voting rights; a civil rights movement ended segregation, if not racism. We have it hardwired in us to seek out injustice, expose it, and defend the rights of its victims. We have corrected some injustices through legislation and education. We are still working to address others.

Yet somehow we have got so caught up in the pursuit of diversity that we have drifted away from the core of what it was all about, the core of liberalism: the individual.

Some of us seem to have forgotten that, while being female or gay or black or Muslim can give us a sense of shared experience and collective identity, we should be fighting harder for the individual than for any group. The greatest overarching identity that liberalism exalts above all others is humanity. We should be fighting for the individual not simply because he or she belongs to this or that minority, but because we are all human.

What is most troubling to me is that the shift from the individual to the group has created a situation where individuals within minority groups are actually being hurt. We need to recognize that not all diversity is good; some is downright bad.

It is not good for the individual, for example, when diversity means accepting harmful traditional practices against women, or religious sanctioning of child marriage, or shariah laws that criminalize rape victims and dissidents.

Such practices are too often defended in the name of cultural diversity. In the process, the vulnerable get left in the shadows. They are often (though not exclusively) children, women, gays, and blacks. They are also those who speak critically about their religion or who choose to leave their faith because aspects of it contradict their individual sense of morality.

The identity politics of our time has created a language of political correctness that sometimes verges on censorship. We have allowed the voice of the group, or whoever claims to represent the group, not only to speak for the individual, but sometimes to shout down the individual if his or her story does not fit with an approved narrative.

We claim to fight for women’s rights, but we are not supposed to talk about the immense suffering of women in the Middle East because that might be construed as being offensive to Muslims. We are witnessing a major cultural shift in support for gay marriage across the West, but Iran remains beyond our criticism, even as the regime hangs gays, because that might be condemned as Islamophobic.

Worse still, those who speak out against these injustices are vilified and accused of “bigotry.”

The rights enshrined in the First Amendment were once upheld by proponents of liberalism, like the women of the Seneca Falls Convention who wrote the Declaration of Sentiments, or Dr. Martin Luther King in his civil rights speeches. Their words were politically incorrect in the eyes of many at that time. But the First Amendment was not written into our constitution to protect the status quo—it was written into the constitution to allow for criticism of those in power and to foster the diversity of ideas.

As a black woman and an immigrant, I am all for diversity. Who isn’t? But I care more for individual freedom. For, in a truly free society, our group identities should diminish, not increase, in their importance.

That, not the entrenchment of historic differences, should be our goal.

Ayaan Hirsi Ali is the author of “Heretic: Why Islam Needs a Reformation Now” and a fellow of the Future of Diplomacy Project at the Harvard Kennedy School of Government.