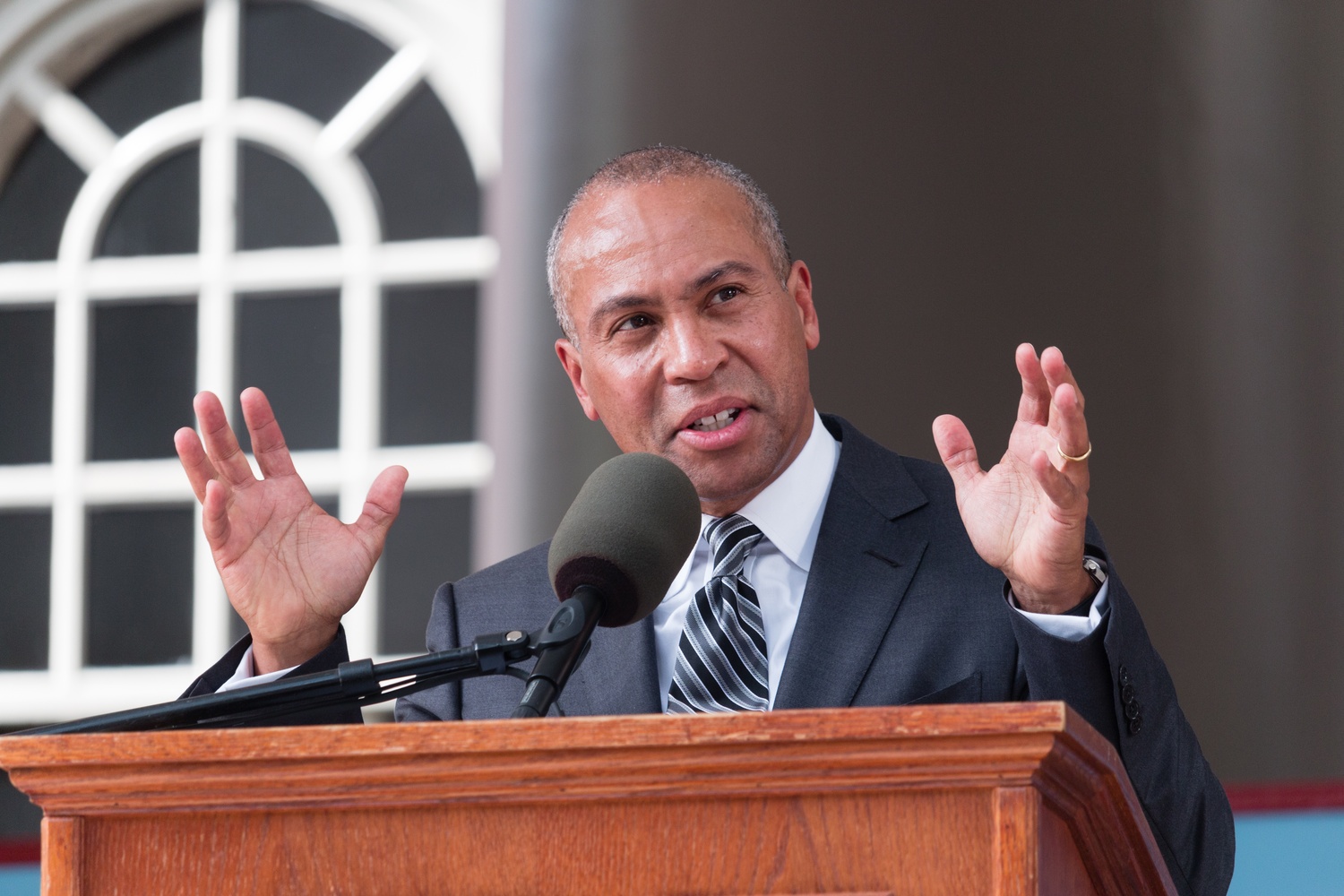 During Thursday’s Commencement Day Afternoon Exercises, former Massachusetts Governor Deval L. Patrick '78 told students that their education is not complete and that he wanted them to feel “uneasy” about problems facing society, such as income inequality and climate change.

“I am talking about the kind of unease that comes from being a little unsure that you already know all you need to know, the kind of restlessness that compels you to look beyond yourselves for answers and meaning,” Patrick said.

He commended the Class of 2015 for taking on “issues of real consequence,” citing protests such as the Occupy movement, “Black Lives Matter” marches, and pushes for the University to divest from fossil fuels. Patrick urged students to continue their activist efforts in the future. 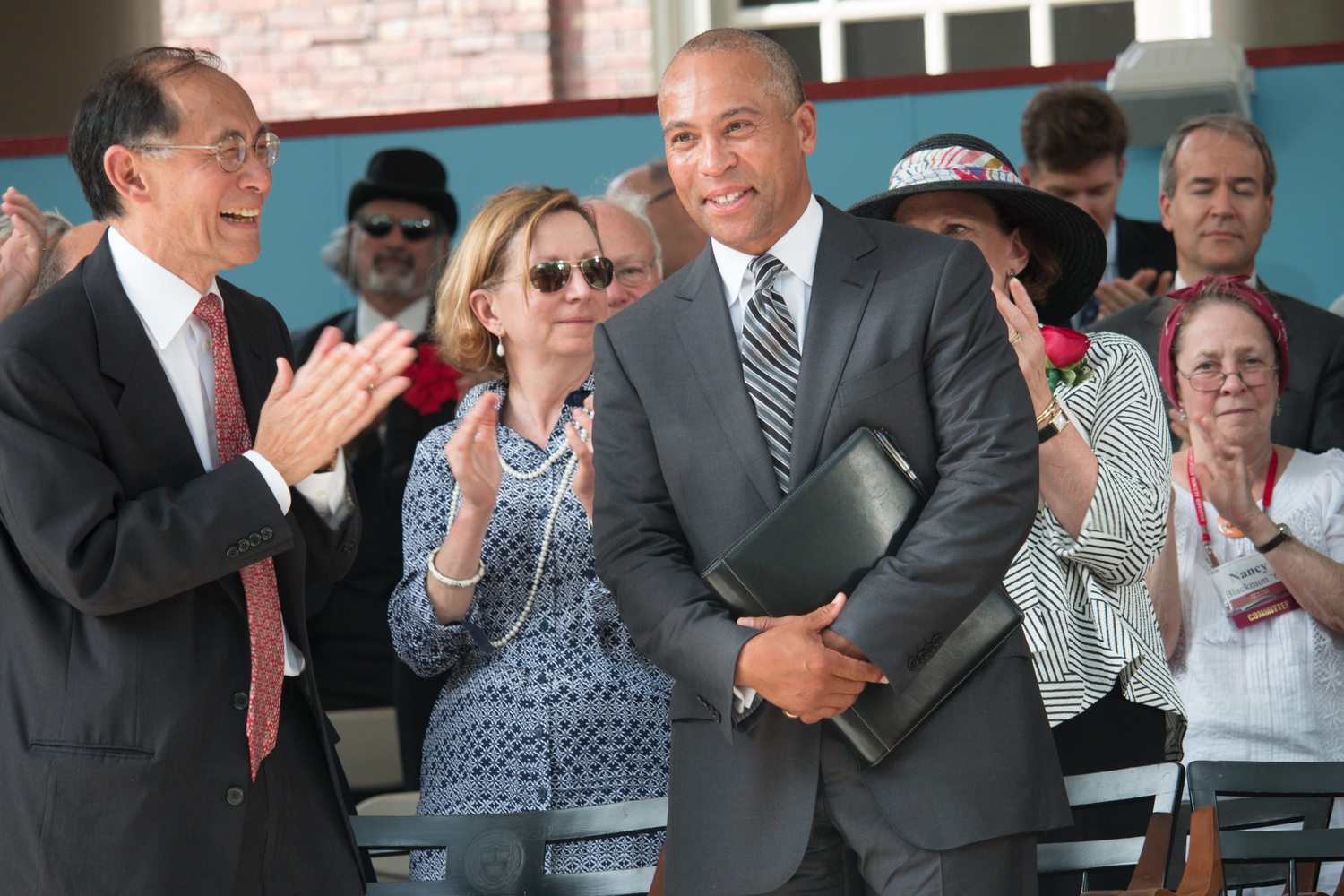 Patrick, often citing his own efforts to address education gaps during his time as governor from 2007 to 2015, urged graduates to harness their uneasiness and find solutions.

“I welcome you to a world where great beauty and extravagant kindness live side by side with unspeakable cruelty, suffering, and neglect,” Patrick said. “And I challenge you to be so uneasy about that that you are compelled to ask who but you should act.”

Speaking before Patrick, University President Drew G. Faust delivered her customary Commencement remarks as part of the annual meeting for the Harvard Alumni Association. In her speech, Faust warned against a sense of growing individualism in society, as well as distrust in institutions. 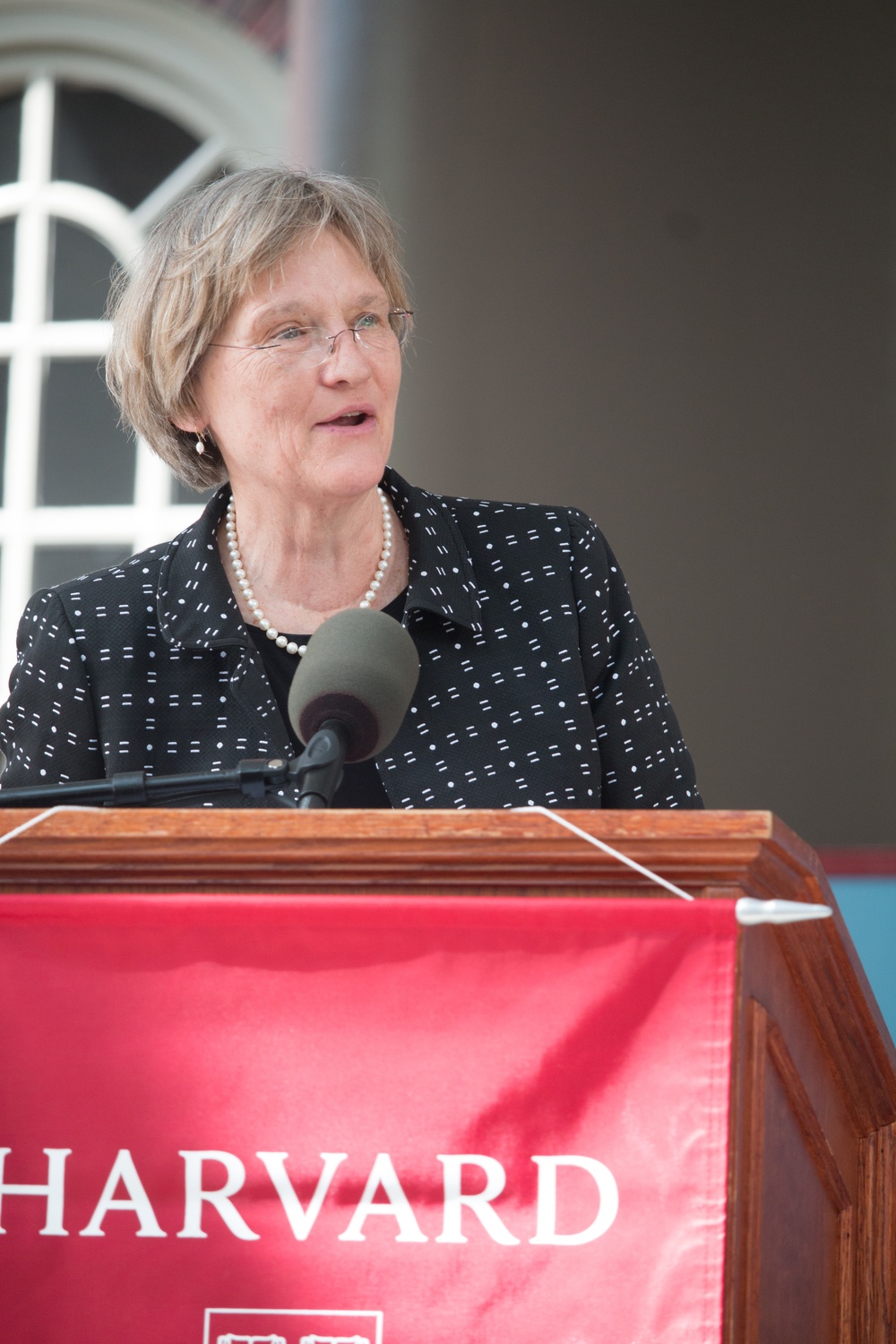 University President Drew G. Faust speaks at Commencement in 2015. Faust said she is excited to sing the updated lyrics to Harvard's alma mater at this year's Commencement. By George J Lok

“We spend time looking at screens instead of one another,” Faust said. “Large portions of our lives are hardly experienced: They are curated, shared, Snapchatted, and Instagrammed—rendered as a kind of composite selfie.”

She then pointed to the perceived individualism of entrepreneurship, saying that though Microsoft founder Bill Gates and Facebook CEO Mark E. Zuckerberg succeeded despite having discontinued their educations, the companies they began depend on institutions like Harvard to train the engineers and skilled workers they need.

Faust continued to argue against an over-emphasis on individuality, noting a cynicism she said many people have not only toward institutions of higher learning, but also toward governments and corporations.

“Institutions embody our present and enduring commitments to one another,” Faust said. “They bring our disparate talents and capacities to the pursuit of common purpose. At the same time, they link us to both what has come before and what will follow. They are repositories of values—values that precede, transcend and outlast the self.”

The University conferred 7,736 degrees and 32 certificates during Morning Exercises.