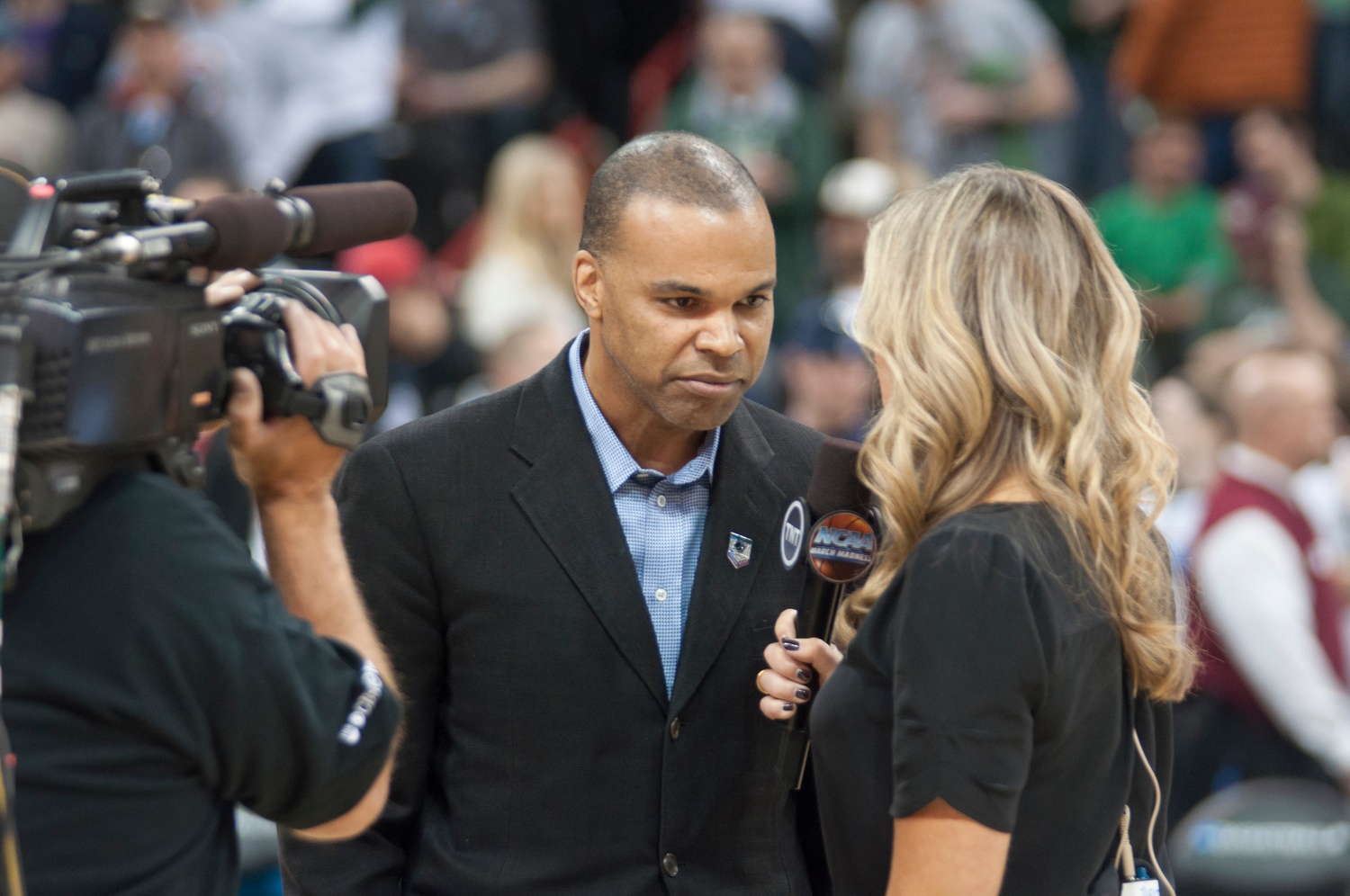 Harvard men's basketball coach Tommy Amaker, shown speaking with the media during the opening round of the 2014 NCAA Tournament, has landed another one of his top recruiting targets. By Robert F Worley
By David Freed, Crimson Staff Writer

Towns, a 6’7” forward from Columbus, Ohio, turned down offers from local rivals Ohio State and Michigan in favor of going to Cambridge. Towns will join top-100 recruit Chris Lewis as a member of the Crimson’s 2016 recruiting class, which is shaping up as one of the best in not only Harvard, but Ivy League history.

The rising high school senior who averaged 21.4 points and 11.5 rebounds per game this past season for Columbus Northland informed Scout.com’s Brian Snow that he chose Harvard based on the direction in which the program has been going.

“I just fell in love with Harvard,” Towns said. “Me and the coaching staff are really close, and I trust what they are saying. I think it’s a great opportunity to move forward in basketball and school.”

In the same interview, Towns—who carries a GPA north of 4.0 and competes on his school's math team—noted that at Harvard he would receive “the best education” and called the Crimson “the right fit.”

Beyond his inspired connection to the campus—the lifelong Harry Potter fan once said he enjoyed his visit to Harvard because it reminded him of Hogwarts—were significant basketball motivations; Towns told Snow that he believes the Crimson basketball program is better than it is given credit for.