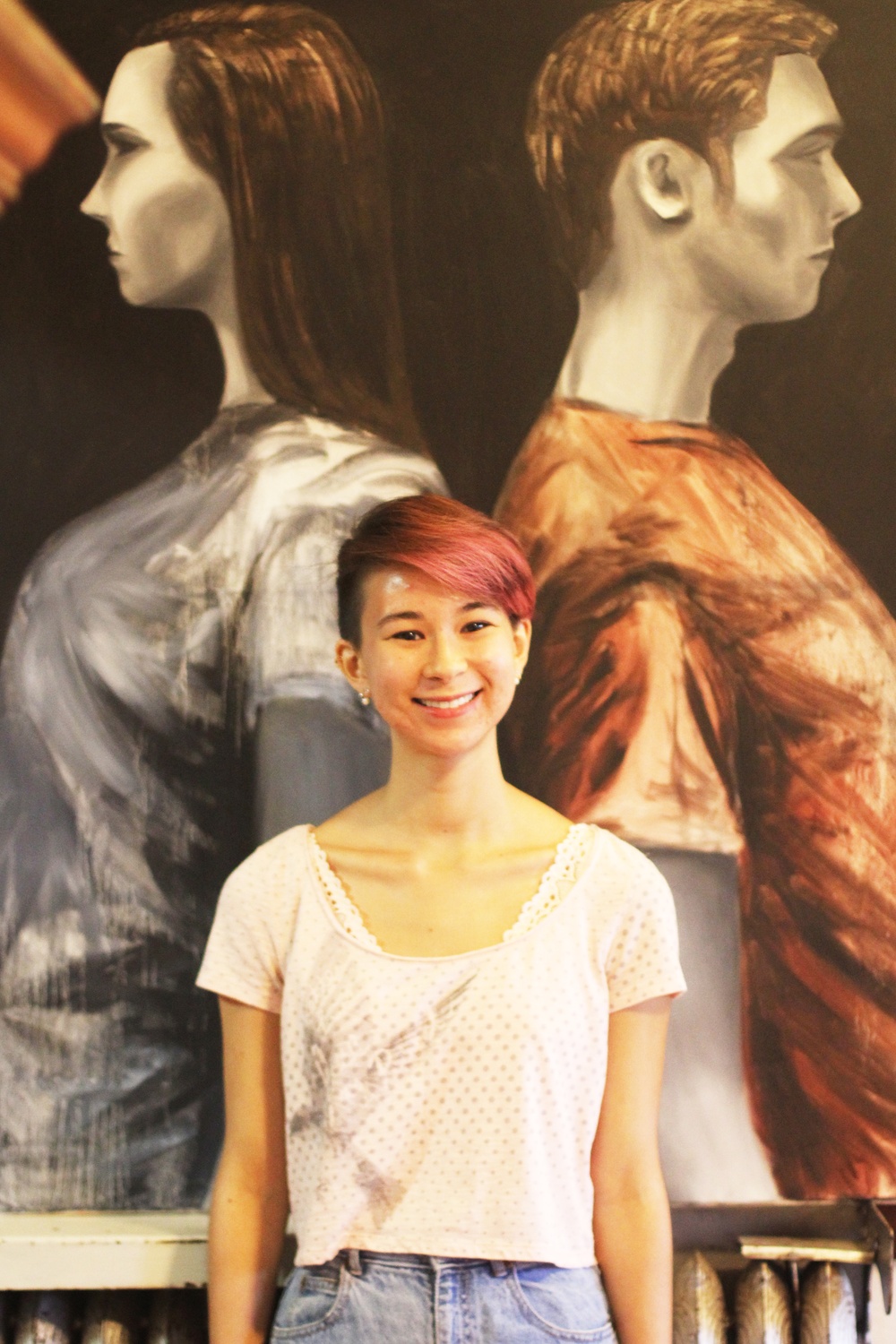 Ariana L. Chaivaranon ’18 is a painter and VES concentrator in Adams House whose works of art have included cover art for the books "Hello Able Five" and “Metropolis” and paintings in “Renegade,” a Harvard magazine focusing on art and advocacy. After graduating from college, she plans to begin a career in the art world after graduation. She sat down with The Crimson this last week to talk about her past creations and her thoughts about the subject in general.

The Harvard Crimson: How did you get into art?

Ariana L. Chaivaranon: Ever since I can remember, I’ve wanted to be an artist…. But it was really when I got a little bit older, between the ages of 10 and 15, [when] my grandmother wanted to take me to all the art galleries in the D.C. area…. I can still remember the way specific [pieces] looked and the emotions they gave me. That was when I realized, “Wow, art can make people feel intense things.” As a 12-year-old, what I was making wasn’t necessarily doing that, but I realized that it was a possibility.

THC: What’s the story behind your cover art for “Hello Able Five”?

ALC: During high school, [the author of “Hello Able Five”] Kerstin Trimble was publishing a biography]...[and] asked me to do [the cover art]. I actually went through two different versions. In one of them, you could see the faces of the main character and his wife. I re-did another version where you couldn’t see the faces because the families of the two were still alive, so showing faces that didn’t perfectly match…was a little controversial.

THC: Are there differences for you between producing art based on your own inspiration and based on someone else’s vision?

ALC: I did some commissions the summer of senior year in high school. It was nice to be able to help someone with their vision...but I was definitely not as invested in the process. I was putting off doing the artwork and felt like it was kind of a chore sometimes...whereas usually art is something that I can go to.... I know there are all kinds of controversies about this in the art world. I was in Prague this summer, and my final paper looked at the differences between graffiti art that’s done on the streets, commissioned works of street art, and then works of high art in museum[s] and how the graffiti style has kind of been appropriated by organizations and corporations… [This] beautifies the city...but on the other hand if the artist is being paid...it might not arise entirely organically.

THC: Do you prefer self-driven work to art done on demand?

ALC: There are artists all over the world who do both, and I don’t think doing one or the other legitimizes or delegitimizes the other…. [Y]ou have to make a living for yourself somehow, and whether you choose to do that through selling your art or through another outlet shouldn’t make you more or less respectable. I think part of art definitely does come from the artist...so as long as that isn’t lost in the commercial process. I think it’s still legitimate art.

THC: What is a piece of [your] art that brings you pride?

ALC: There’s a series that I made senior year of portraits of people around me.… [T]hey use similar palettes; they’re all on unstretched canvas...rather than being stretched over stretchers or a board...to convey a sense of immediacy to the viewer…. [It’s] ultimately getting at how I think people pay less and less attention to the things around them. As you become more absorbed in your phone and whatever you’re doing on there, you’re missing more of the things that go on around you. So by creating a work of art with speed…[I was] trying to evoke a bit of that sense of the here and now.

THC: What impact do you want to have on viewers of your art?

ALC: I think it’s easy to say you want to bring out the best in people, but I think sometimes the way to do that is not necessarily a positive feeling. I find a lot of times my work tends toward a darker, more neutral palette that doesn’t necessarily make people feel happy…. I think one of the things conducive to change is a state of discomfort. When people are comfortable, they tend to want to stay the way they are.