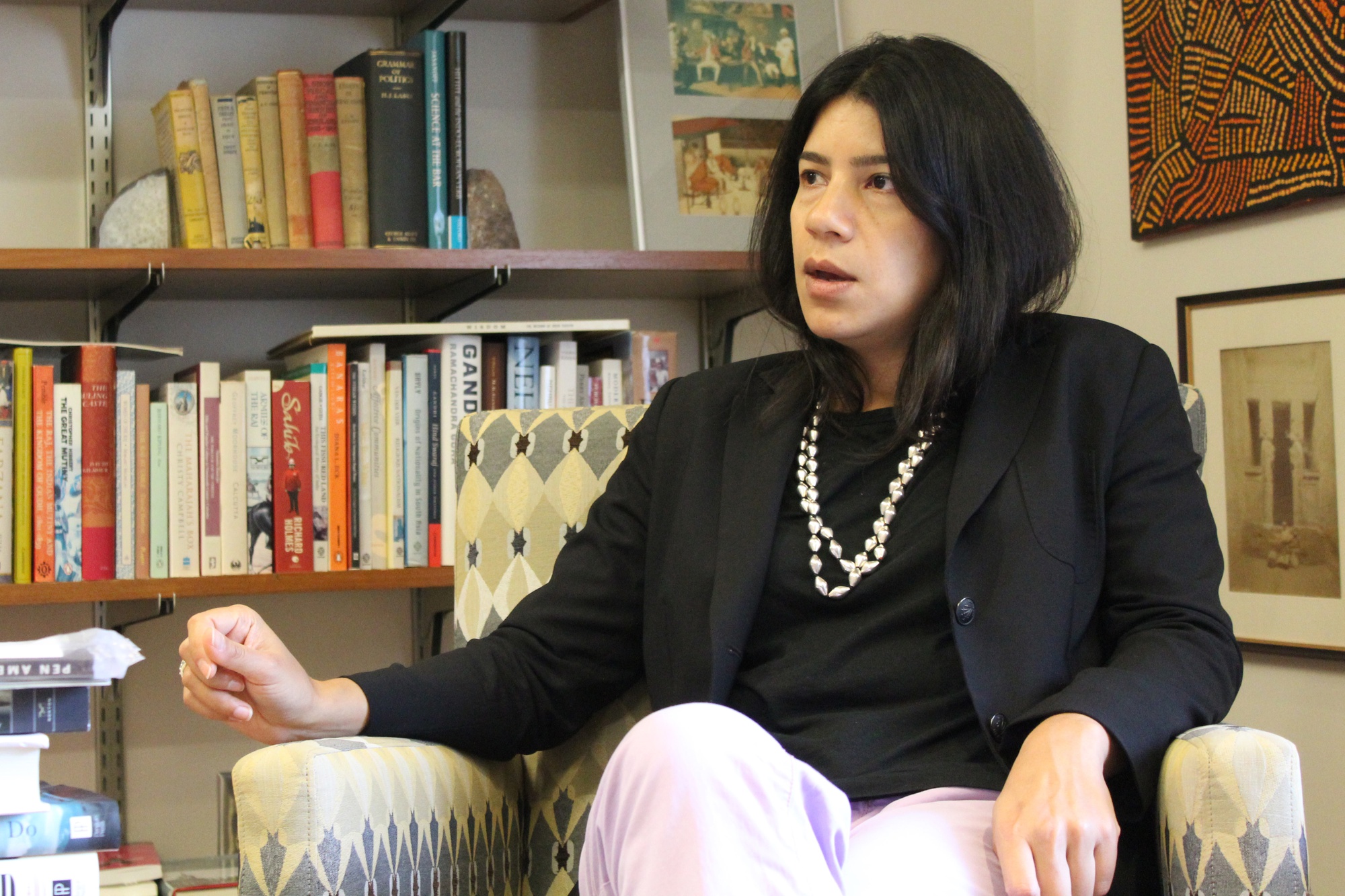 "Anyone whose life is significantly affected by a decision should have a forum in which they can weigh in on or react to that decision," said History professor Maya Jasanoff ’96.
By Jessica Min, Crimson Staff Writer

As refugees flow into European countries and talks to impose migrant intake quotas in European Union countries continue, several Harvard faculty members asserted that the crisis is not simply an EU responsibility and called for the United States to increase its humanitarian refugee uptake.

History professor Maya R. Jasanoff ’96 said the U.S. has a responsibility to assist EU countries who are struggling to deal with the large mass of people fleeing civil war and conflict in North Africa and the Middle East. 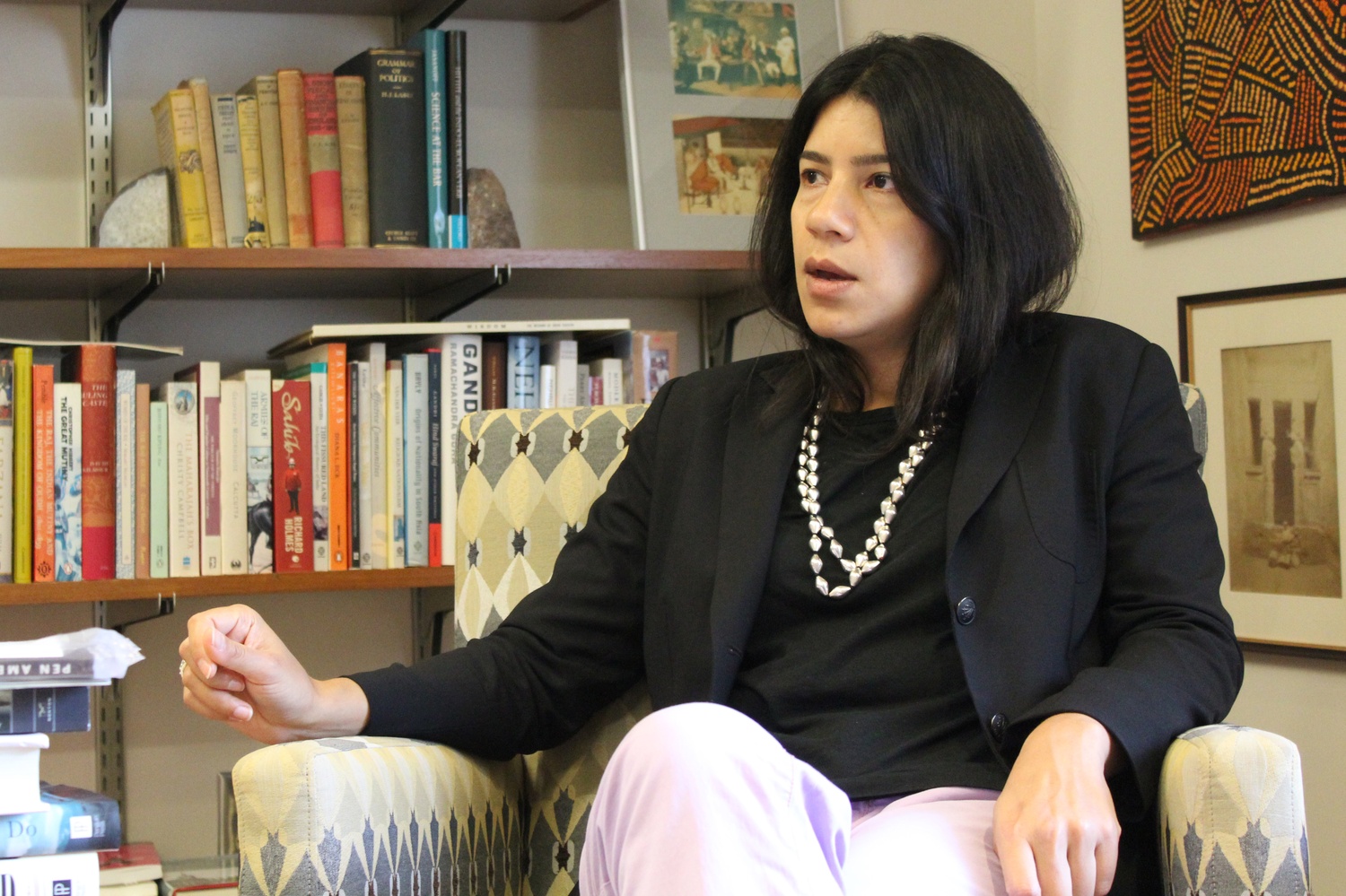 "Anyone whose life is significantly affected by a decision should have a forum in which they can weigh in on or react to that decision," said History professor Maya Jasanoff '96 in May. By Sidni M. Frederick

“The U.S. has a particular responsibility for helping to resolve instability in the Middle East. I believe Western countries, including the U.S., need to take in a lot more refugees,” Jasanoff said.

The White House announced last week that President Barack Obama has ordered that 10,000 refugees be allowed into the U.S. in the next year.

Nicole A. Sütterlin, an assistant professor in the department of Germanic Languages and Literatures, pointed out the long-term implications of growing refugee intakes. “It remains to be seen how these countries can cope with accommodating such a vast influx of new arrivals into their society in the long run,” Sütterlin said.

She said Germany’s recent announcement of border restrictions is not “ideologically motivated,” but rather is reflective of the increasing strains placed on Germany and the need for a global distribution of responsibility.

“Germany is sending a message to Europe and the world that each country has a responsibility here… in particular countries that have had a major hand in provoking the crisis in the Middle East, such as the U.S.,” she said.

Professor of European Studies Peter A. Hall also said the U.S. must learn to embrace diversity to take on a larger role in alleviating the unfolding EU refugee crisis.

“The world of the 21st century is a new one in which ethnic and religious diversity, built on flows of migration, will be a fact with which all nations, including the United States, must learn to cope,” he said.

Jasanoff also addressed public fears of radical Islam and terrorism moving into Western societies by having large numbers of refugees from Syria and other Middle Eastern countries.

“Syrian refugees are fleeing authoritarianism on the one hand and radical Islam on the other. Isn't taking in these refugees the perfect way to demonstrate the superiority of secular, democratic society?” she said. “Instead of building a bridge between ‘us’ and ‘them,’ we're just building even higher walls.”

Referencing a PBS NewsHour report on the refugee situation, Sütterlin pointed out that if the United States were to proportionally welcome as many refugees as Germany pledged to accept this year, the number of refugees accepted would be 3.2 million this year. About 1,500 Syrian refugees have been taken in by the U.S. since the outbreak of the Syrian conflict.

“It is high time that we respond with humanitarian acts, not with acts of war,” said Sütterlin, speaking of possible global solutions to the EU refugee crisis.

—Staff Writer Jessica Min can be reached at jessica.min@thecrimson.com.