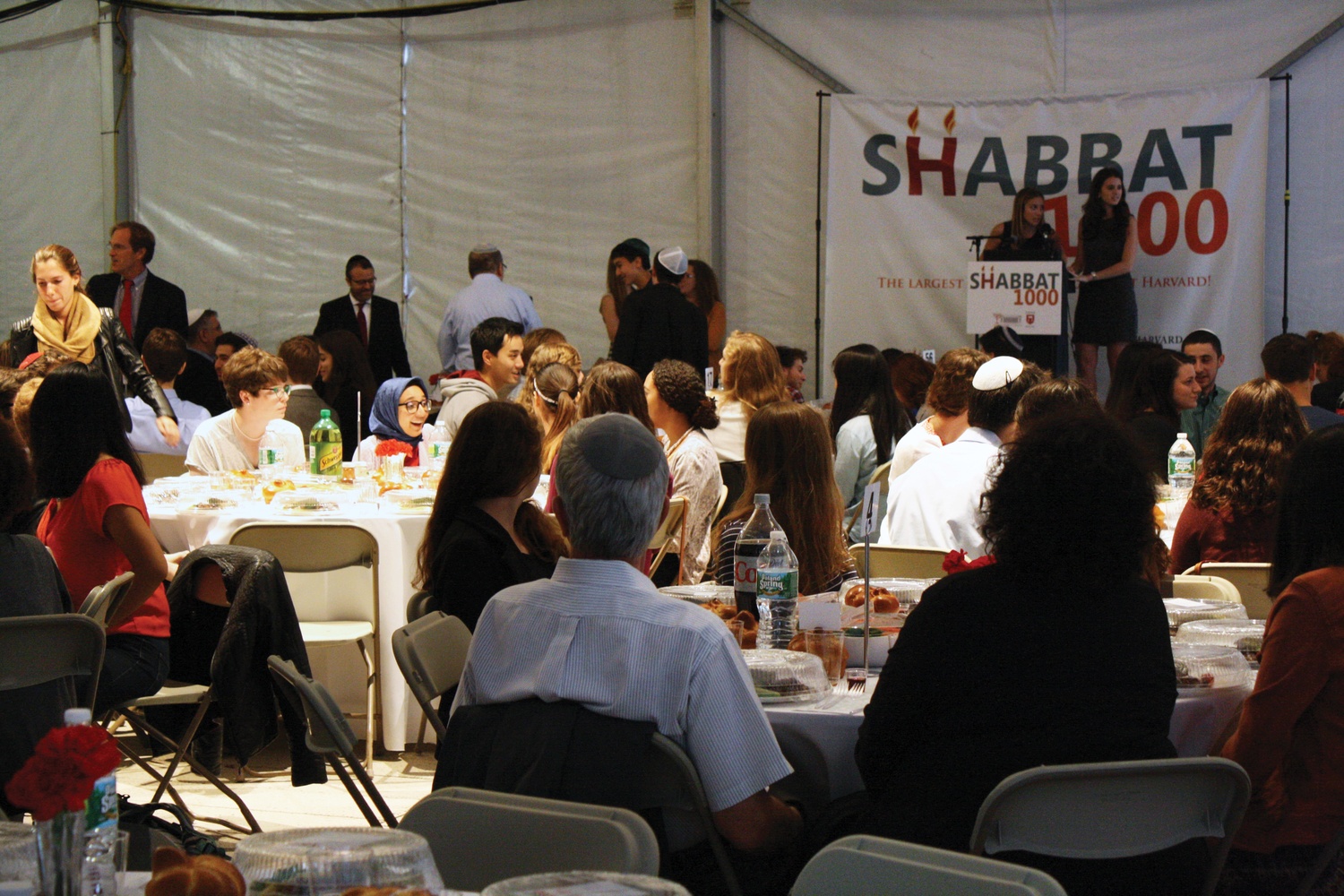 Roughly 800 students and faculty members packed the Science Center Plaza on Friday for “Shabbat 1000,” a massive dinner co-organized by Harvard’s Hillel and Chabad organizations. Organizers said the event was the largest of its kind in Harvard history.

For the dinner celebrating the Jewish Sabbath, event organizers welcomed students of all backgrounds, and during the Sabbath ritual each table had a transliteration of Hebrew prayers that allowed participants to follow along.

“The idea is to invite students from every background and degree of observance to find their place at the table of Jewish life,” said Rabbi Hirschy Zarchi, a co-founder and director of Harvard Chabad.

Elizabeth M. Rosenblatt ’17 and Alexandra S. Lobel ’16 co-chaired the event. Both said they were proud of the welcoming atmosphere since one of the goals of “Shabbat 1000” was to promote cultural understanding.

“In Jewish tradition it’s a huge ‘mitzvah,’ or good deed, to invite another Jew to share Shabbat with you,” Rosenblatt said. “By reaching out to the entire Harvard community and not just Jewish students, we have done an even larger ‘mitzvah’ by fostering cultural awareness and inclusivity.”

Eventgoers noted the diversity of the crowd. “I was impressed by how many people who aren’t Jewish came. It was a meaningful experience for everyone involved,” Adrienne M. Propp ’17 said.

Orlea L. Miller ’16, the vice president for Shabbat at Harvard Hillel, was one of the speakers at the event.

“While I didn’t grow up celebrating Shabbat regularly, I came to appreciate the welcoming and comforting community at Harvard each week I spent here,” Miller said in her speech.

Rabbi Jonah C. Steinberg, the director of Harvard Hillel, praised the joint effort among students in Hillel and Chabad for bringing the event to fruition.

“We met last spring in the corner of this very tent and envisioned this. It really was the students who just took the ball and ran with it,” he said.

Steinberg added, “There is a Jewish proverb that says ‘In a great gathering of people, divine splendor is manifest.’ And that’s exactly what I saw tonight.”

Chabad and Hillel held the first “Shabbat 1000” dinner at Annenberg Hall in 2006 and organized another in the Malkin Athletic Center in 2008.

An earlier version of this article incorrectly stated that the Shabbat 1000 dinner included a Torah reading. In fact, it featured a Sabbath ritual, but no Torah reading.