Freshmen Volunteer Throughout Boston at Day of Service 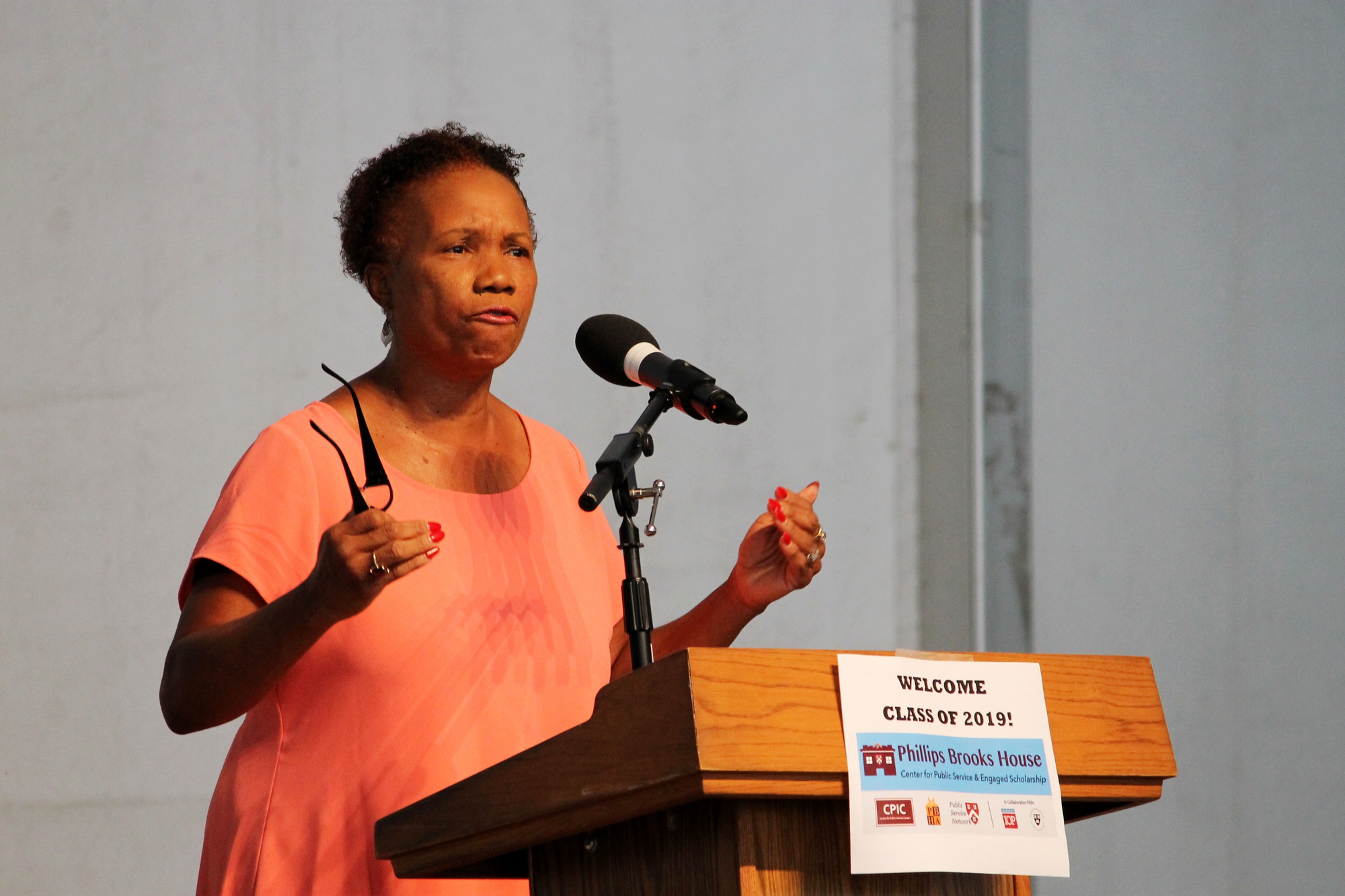 At the College’s first-ever freshman day of service on Saturday morning, College students and faculty were dispatched to one of 17 locations around the greater Boston area for volunteer projects.

According to Gene A. Corbin, the College's assistant dean of student life for public service, interested students met on campus Saturday morning and listened to opening remarks from Dean of the College Rakesh Khurana, Boston City Councilor Tito Jackson, and Cambridge City Councillor E. Denise Simmons. Shortly after, they were assigned to a service trip and spent the day engaging in public service alongside service team leaders, including Dean of Freshmen Thomas A. Dingman ’67. 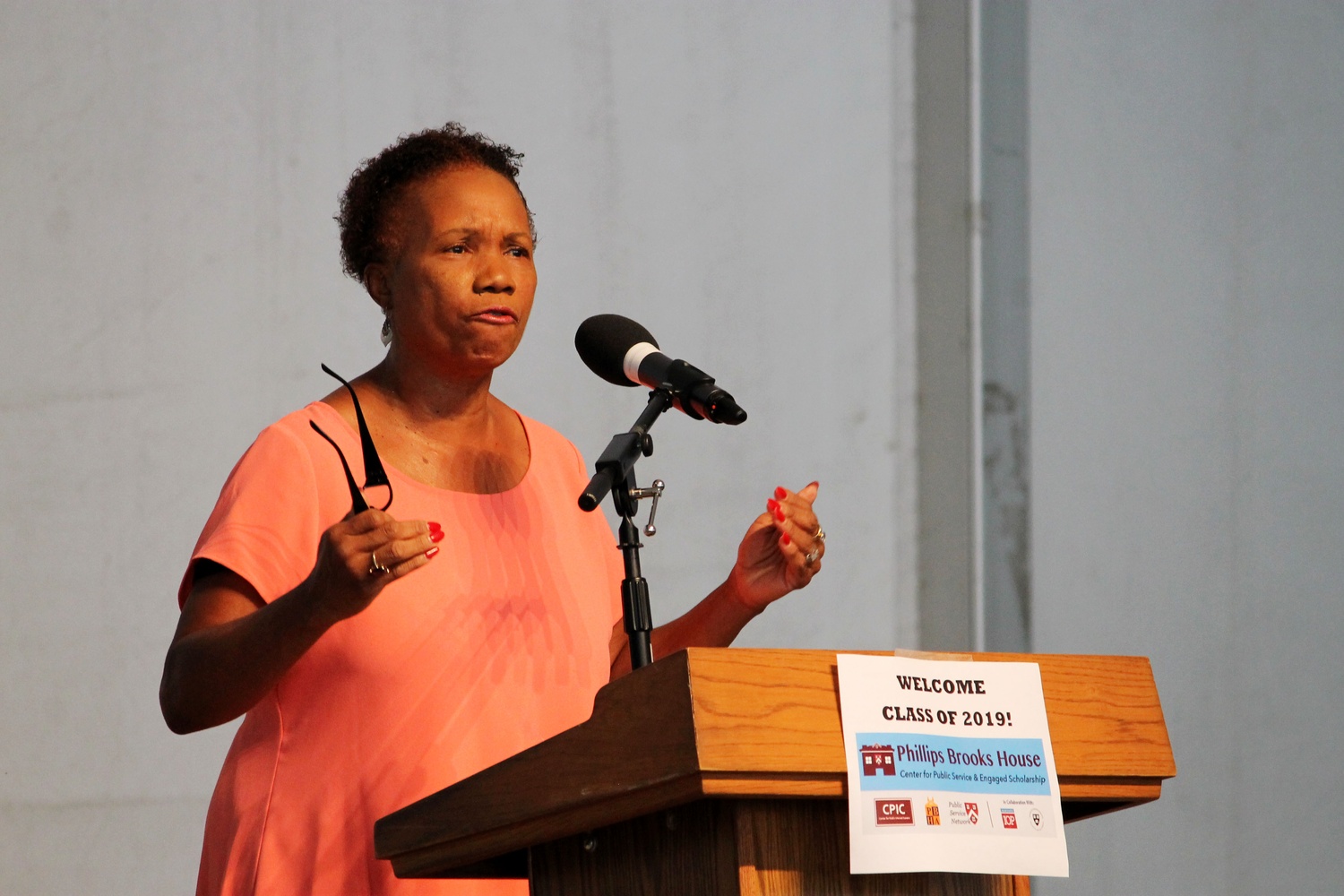 Cambridge City Councilor E. Denise Simmons speaks about the importance of public service to members of the freshmen class on Saturday morning in the Science Center plaza. By Jennifer Y Yao

About 400 members of the Class of 2019 participated in the day of service, Corbin said.

The event’s service projects were geared mainly toward preparing Boston’s public schools for their first day of classes on Tuesday, according to a Phillips Brooks Housepress release.

For Sienna R. Nielsen ’19, Saturday’s event meant traveling to Ellison Park in Waltham, Mass. Nielsen also made opening remarks at the College to make students more excited about the event.

The day of service was “a very exciting opportunity to get to know freshmen, and also to embark on a project that would be our first gateway to public service on campus,” Nielsen said, adding that she hopes to take advantage of being at Harvard and near the city of Boston because options for large-scale community involvement were limited in her small hometown.

This event is one of many programs for freshmen that take students out of the Yard—"Through the Gates" trips involve freshmen exploring Boston and attending events such as Red Sox games, kayak outings, and tours of Boston’s Museum of Fine Arts.