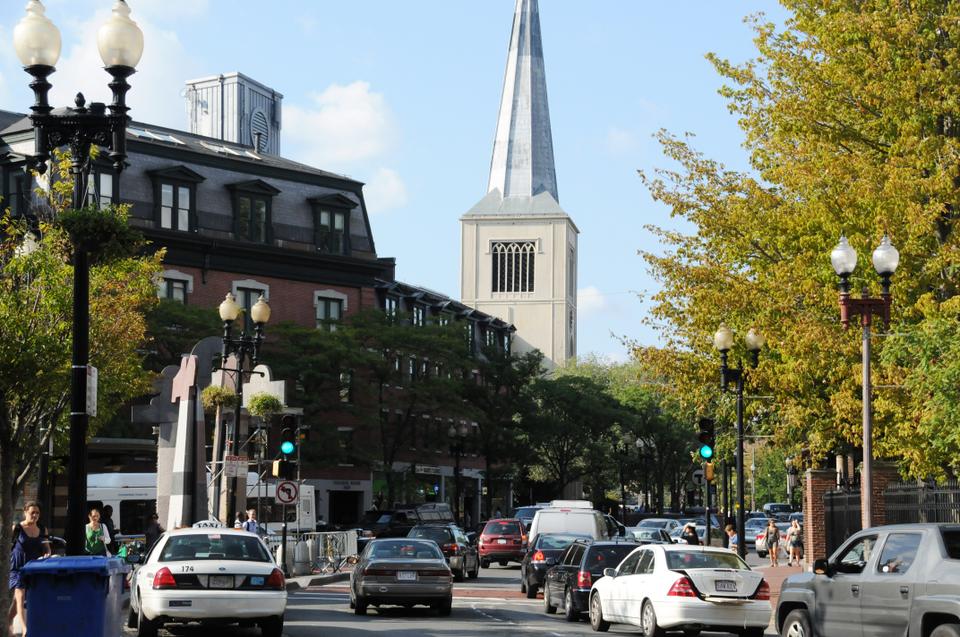 A different course load won’t be the only change for students when they come back from winter break— the new year is set to bring several developments to Harvard Square, including a new cafe and location of The Harvard Shop.

Capital One Cafe, a restaurant affiliated with the national bank, opened up its fifth Boston-area cafe at 24 JFK St. earlier last month. Capital One spokesperson Laura DiLello described the cafe as “a store within a store,” referring to its functions both as an eatery and bank.

Customers can buy more than their morning beverage there: the store serves coffee and tea from Peet’s, as well as snacks, pastries, and sandwiches, and banking associates are available for customers in the cafe to discuss finances.

“It's a pretty unique customer experience as far as banking goes,” DiLello said. “You walk in and it is truly a cafe. There’s free WiFi, quiet spots to work, and plenty of outlets to charge your laptop or phone.”

The cafe is open to the general public, and customers can receive a 50 percent discount when using a Capital One credit or debit card, DiLello said. The cafe also hosts meeting rooms where nonprofit organizations can gather, according to DiLello. Although the cafe has been open for about a month now, the official ribbon cutting ceremony is set for Feb. 4.

Harvard Student Agencies has also detailed plans to open up their fourth The Harvard Shop storefront at 34 JFK St.—a space that now holds women’s clothing boutique Alo—within the next few months. The student-run retailer already has locations on Mount Auburn Street and JFK Street. Another branch in the Smith Campus Center location is set to close later this year as University planners ready for Smith Campus Center renovations.

“That part of JFK Street has a lot of foot traffic, so we’re really excited to have a window display that opens straight onto the street,” HSA president Patrick F. Scott ’16 said. “The location has more floor space so we’re hoping to try out a lot of awesome new products.”