In Allston, Lucky 42 Offered Dibs on Housing on Harvard Land 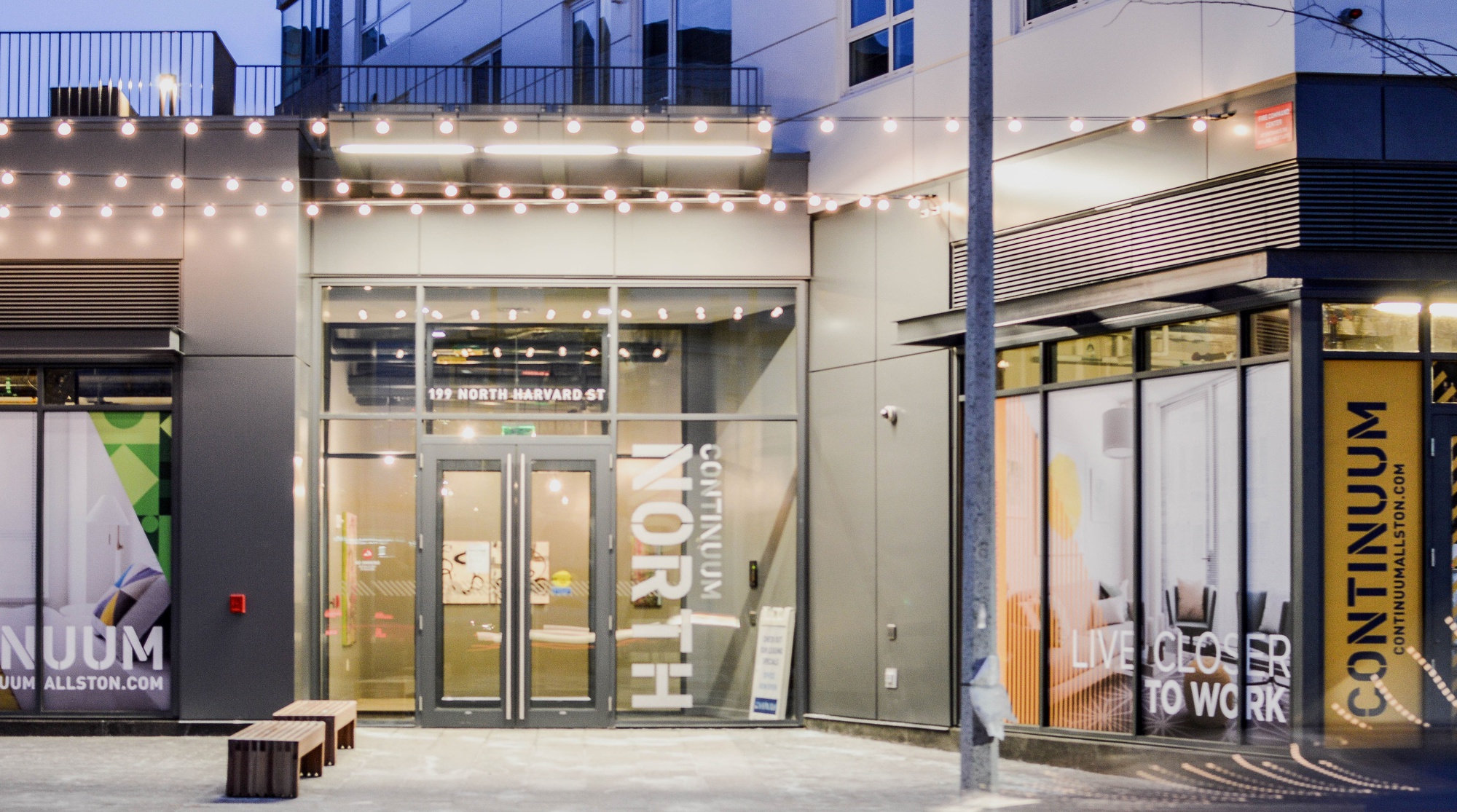 The Allston complex known as Continuum will house forty-two residents after the affordable housing units were distributed in a lottery.
By Jonah S. Lefkoe and Hannah Natanson, Crimson Staff Writers

Forty-two applicants were chosen on Monday from a lottery pool of 386 to rent affordable housing units constructed in a residential and retail complex located on Harvard-owned land in Allston. 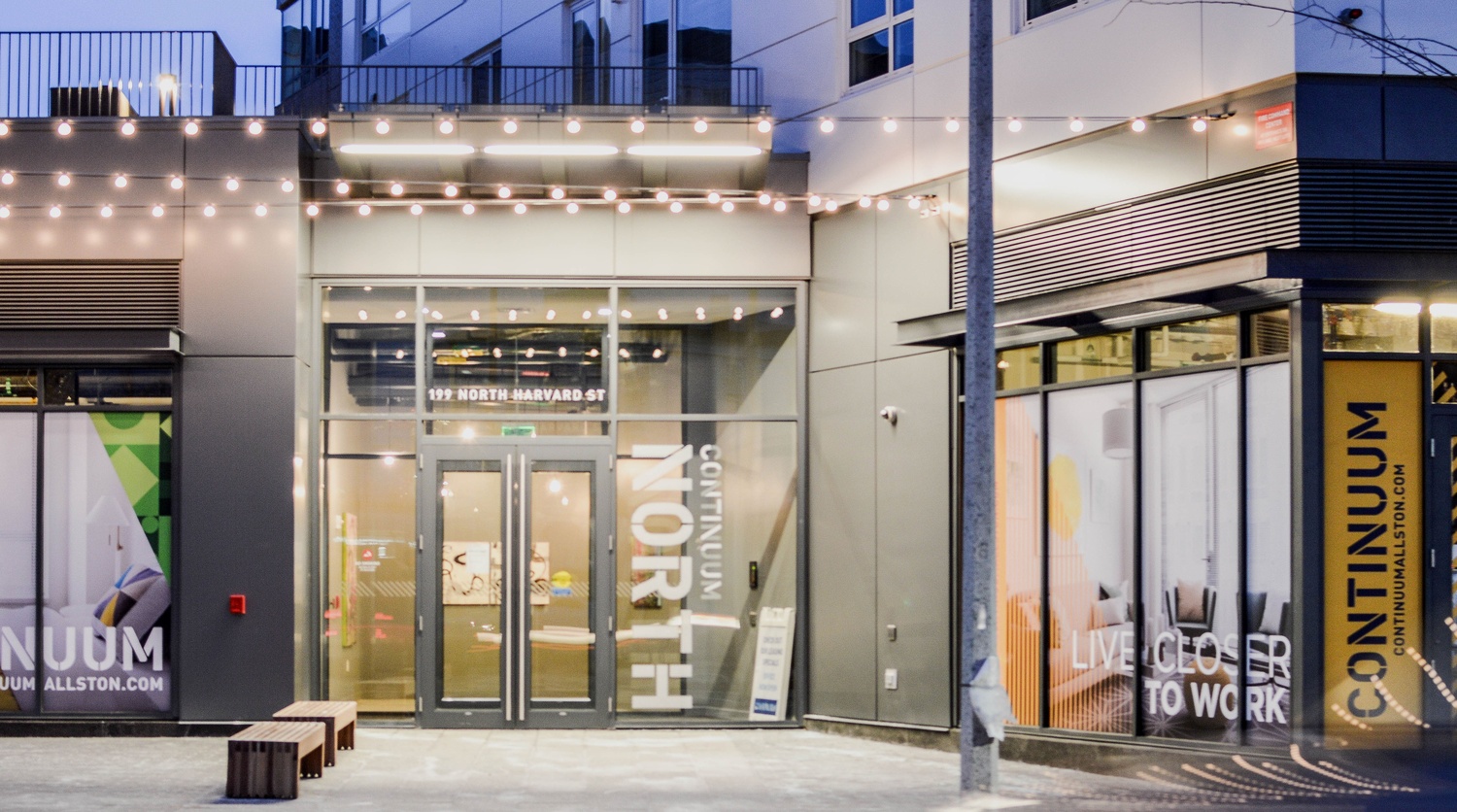 The Allston complex known as Continuum will house forty-two residents after the affordable housing units were distributed in a lottery. By Y. Kit Wu

The complex at the corner of North Harvard Street and Western Avenue, now termed “Continuum,” was one of several projects included in Harvard’s Institutional Master Plan, which details the University’s development plans for the neighborhood. Approved in 2013 by the Boston Redevelopment Authority, the IMP designated the site, originally called “the Barry’s Corner Residential and Retail Commons,” as a town center connecting local residents and Harvard affiliates in Allston. The BRA is Boston’s urban planning agency.

Though the 42 units in Continuum were offered to renters in a lottery, the BRA wrote in a December community announcement that minimum income limits would apply, and that preference would be given to Boston residents. In addition, the maximum income for the units was capped at 70 percent of Boston-area median income—$48,250 for a one-person household and $55,150 for a two-person household.

Developers hired SEB, a Brighton-based consulting firm specializing in affordable housing, to facilitate the lottery process. The company had distributed more than 1,300 applications by Dec. 22, according to SEB vice president Brian Engler. Only 386 were eligible for the units, he said.

The BRA’s requirement that any residential development of 10 or more units offer a certain percentage of those units at below-market prices is an “essential” regulation, Engler said.

“If you don’t have some component that is available to households who aren’t upper-income, then you do ruin the fabric of communities,” he said. “It’s essential for communities to have households, families, from all different income types in order to really be sustainable and viable.”

The BRA also wrote that rent for studio apartments would be set at $1,068 per month, subject to BRA change, with increasing rates for each additional bedroom. In 2011, median gross rent for Allston households with bedrooms was estimated at $1,424, according to American Community Survey data.

During planning, Allston residents emphasized the importance of creating a vibrant, livable space for locals alongside Harvard’s institutional facilities in the area.

In an unprecedented move, Harvard chose to include Allstonians in the search for a developer to construct Continuum. The Harvard-Allston Task Force, an advisory board to the BRA comprised partly of local residents, contributed two Allstonians to the seven-person search committee, which selected developer Samuels & Associates in 2012.

“The idea that the community had involvement throughout the process was central to the project’s success,” Kevin Casey, Harvard's associate vice president for public affairs and communications, said.

Harvard and city officials broke ground on Continuum in late 2013, and SEB began distributing applications for affordable housing units in early December 2015. The company assisted with marketing and tenant selection, according to Engler.

Continuum is not Harvard’s first foray into Allston housing developments. In 2013, many residents of the Charlesview apartment complex next to Harvard Business School relocated to a new site on Western Ave. following a 2007 land swap between the Charlesview owners and the University. The old complex was later demolished.