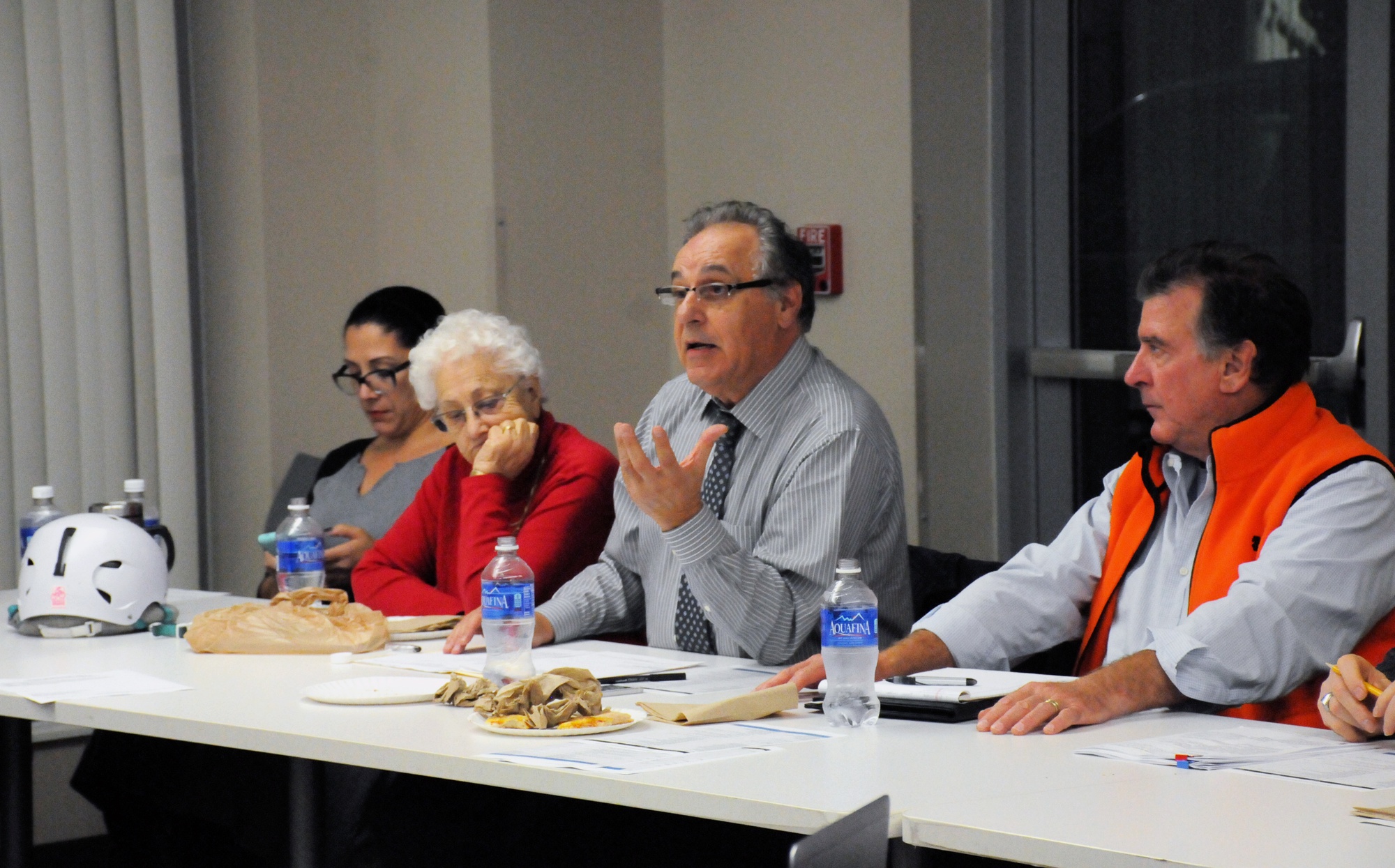 John A. Bruno, Interim Chair of the Harvard-Allston Task Force, leads a two-hour discussion on the University’s development in Allston on Wednesday evening.
By Hannah Natanson, Crimson Staff Writer

A recent leadership change in the membership of the Harvard-Allston Task Force, a neighborhood advisory body on issues related to Harvard’s development projects in Allston, has rekindled debate over the transparency of the group’s member selection process.

Six months ago, then-Chairman of the task force Raymond V. Mellone stepped down from the position to take care of his wife.

“I couldn’t spend the time away from her any longer so I had to give [the chairmanship] up,” Mellone said. “That’s just the way it is.” 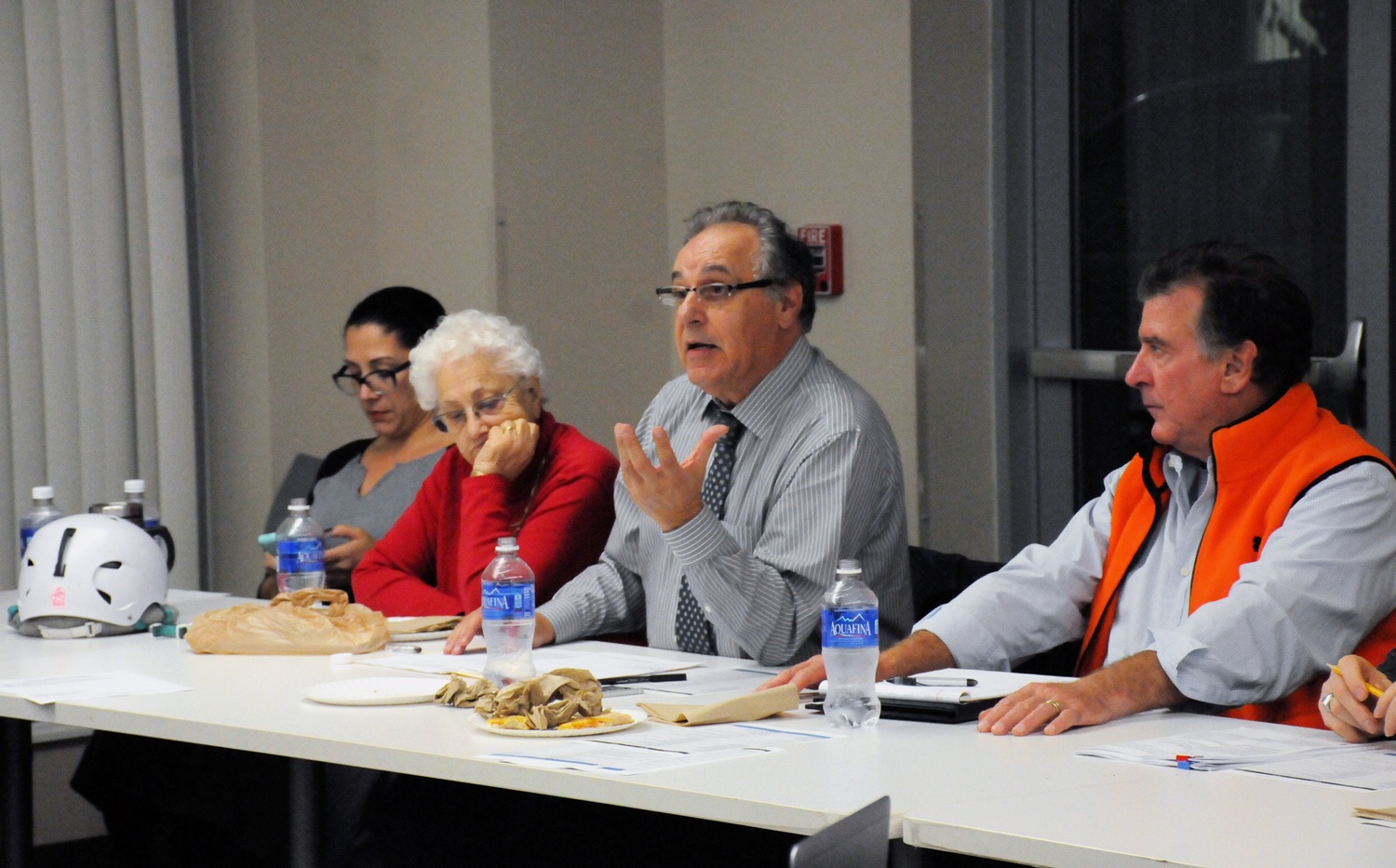 John A. Bruno, Interim Chair of the Harvard-Allston Task Force, leads a two-hour discussion on the University's development in Allston on Oct. 28. By Michelle M. Ng

Formed in 2006, the task force acts as a channel for community feedback to Harvard and the Boston Redevelopment Authority regarding the University’s developments in the neighborhood. The BRA is Boston’s urban planning agency.

Mellone had served as chairman since the creation of the task force. His retirement left a vacancy in leadership, spurring discussion over whether or not the body should even have a chairman according to Gerald Autler, the BRA’s senior project manager. Eventually, task force member John A. Bruno agreed to serve as interim chair after being nominated by a peer on the committee.

The conversations about leadership structure revived a longstanding criticism of the task force’s method of member selection.

At the time of the task force’s inception in 2006, the BRA worked with the Boston Mayor’s Office and local elected officials to source nominations before the BRA director made final offers to candidates, according to Autler. Subsequent invitations have come from the BRA director, Autler said.

Paul “Chip” Alford, an Allston resident who frequently attends task force meetings, said he disagrees with this selection process. He added that he believes former Boston Mayor Thomas M. Menino directed that members of the task force be appointed by the mayor, not the BRA.

Autler, however, called the current selection process “standard practice for every other task force.”

Steps have recently been taken to remedy the conflict. Upon request, task force member Bruce E. Houghton wrote a proposal intended to bring “both clarity and transparency” to the selection process and presented it to the Mayor’s Office and the BRA.

The proposal, submitted roughly six months ago, has yet to receive approval, Houghton said.

Alford said he and a few other Allston residents had sent a separate letter of complaint to the Mayor’s Office, asking Boston Mayor Martin J. Walsh to clarify the task force’s appointment process. On Dec. 21, Alford and two others met with Jerome Smith, the director of Boston’s Office of Neighborhood Services, to discuss the situation. According to Alford, neither Walsh nor Smith has responded back to him.

The disagreement over the selection method stems from a fundamental difference in opinion over the scope of the BRA’s role in community relations. Autler said he believes the BRA should play a key role in the administration of the task force, which is intended to serve in an advisory capacity to the agency.

Alford said he thinks the BRA has taken its administrative role too far.

“This kind of stuff makes me crazy, where the BRA is stepping in and taking the reins of a community process,” Alford said. “It doesn’t feel right.”