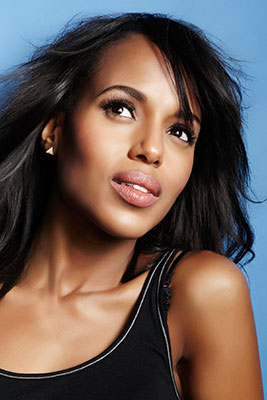 Harvard’s Hasty Pudding Theatricals announced Wednesday that actress Kerry Washington, known for her starring role on ABC’s political drama “Scandal,” will be honored later this month as the organization’s 2016 Woman of the Year.

In her role as a crisis management expert to politicians on “Scandal,” Washington has received Emmy and Golden Globe nominations. When the show first aired in 2012, Washington became the first African-American woman lead in an American network drama in nearly 40 years.

According to a press release from the organization, Washington will be feted on January 28 with a parade in the afternoon hosted by Hasty Pudding Theatricals, a Harvard-based musical comedy troupe. A celebratory roast will follow the parade, and finally, Washington will receive the group’s signature “Pudding Pot” award in Farkas Hall, where the organization stages its spring show.

Kennedy F. Q. Edmonds ’17, one of the producers of the 168th executive board, said in a press release the organization is excited to welcome Washington to Cambridge and celebrate her achievements, noting that the group may feel “a bit nervous as we set out to coordinate a perfect event for legendary PR whiz Olivia Pope,” the character Washington plays on “Scandal.”

“Kerry is an amazing actress with many fans in the company, and the perfect choice for this honor,” Edmonds said in the press release.

The organization’s Woman of the Year award, first established in 1951 to recognize women entertainers, was awarded to actress and comedian Amy Poehler last year. Previous award recipients include Helen Mirren, Marion Cotillard, and Julia Roberts, among others. According to the press release, the Hasty Pudding Theatricals will name 2016’s Man of the Year, who will be honored February 5, at a later date.

-Staff writer Ifeoluwa T. Obayan can be reached at iobayan@college.harvard.edu.