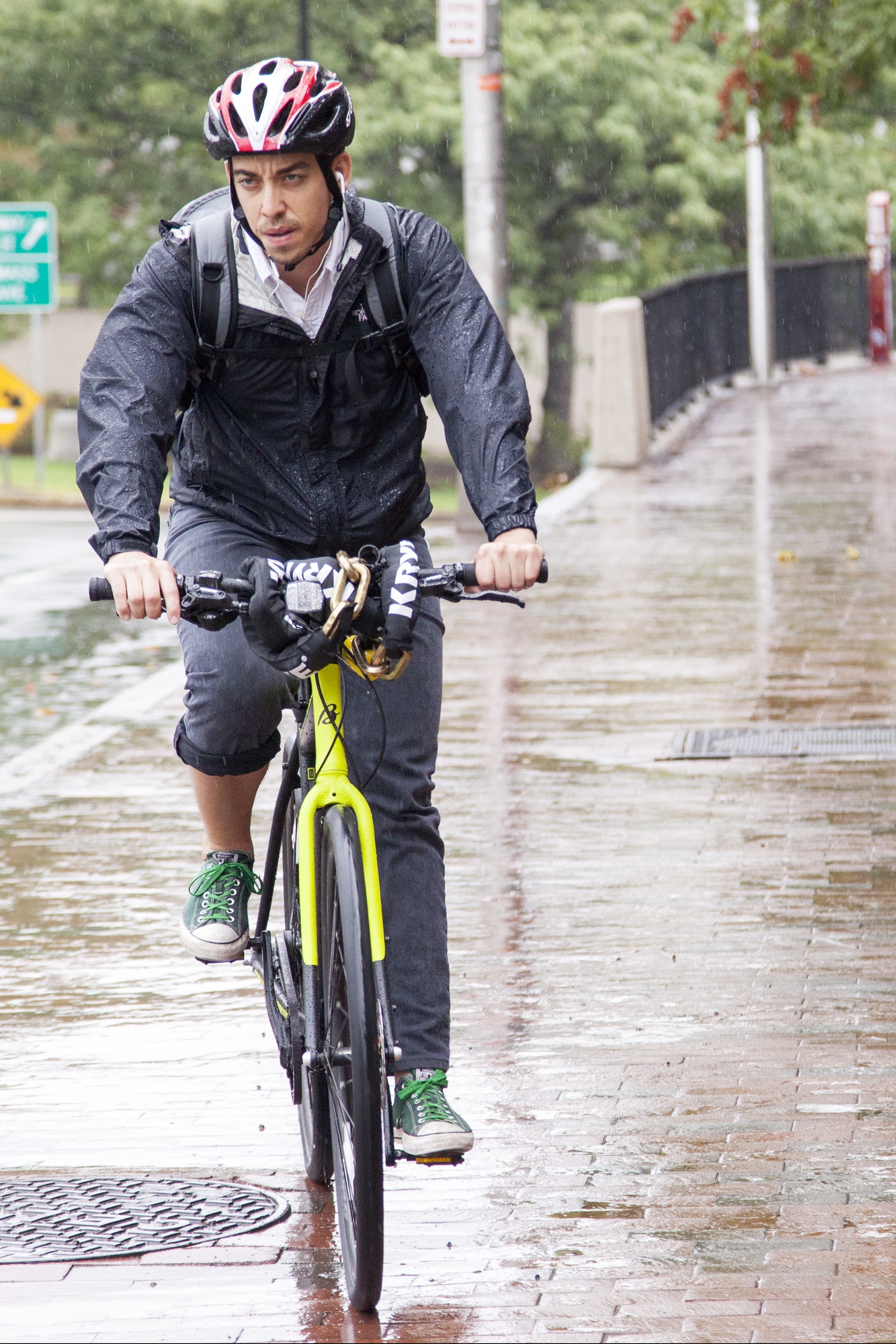 Bicycle safety activists flooded the steps of City Hall prior to the meeting’s official call to order. Many wore buttons and held signs reading “Safe Streets Now!” During the Council’s public comment period, over 44 individuals signed up to speak, a large number of which, some visibly emotional, encouraged the Council to improve bike safety measures in Cambridge. The comment period lasted for more than two hours before the Council began its business for the evening. 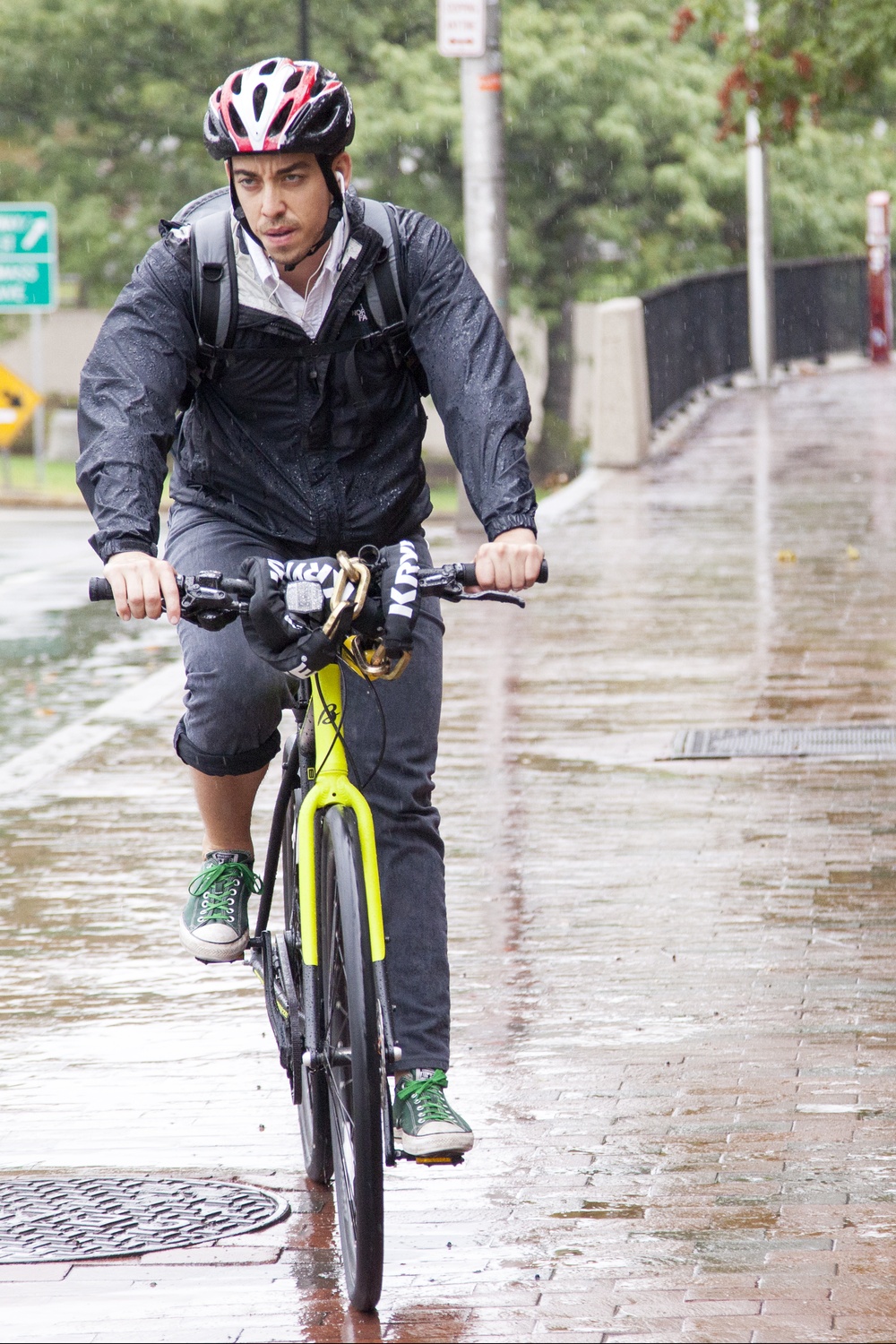 A cyclist in Cambridge last month. By Timothy R. O'Meara

“I’m here to challenge you guys to do more now,” Cambridge resident Thomas Meek said, addressing the city councillors. “It’s time to get going guys. People are dying in the streets and we can do better.”

The Oct. 5 death of bicyclist Bernard “Joe” Lavins on Massachusetts Avenue in Porter Square, which resulted from a collision with a tractor-trailer, served as inspiration for the proposed resolutions. This was the second death of a bicyclist this year for Cambridge; Amanda N. Phillips ’10, formerly of Lowell House and student at MGH Institute of Health Professions, died in a bike accident in Inman Square over the summer.

“Many times it takes an emergency for any organization to refocus its priorities,” Councillor Dennis J. Carlone said. “This is clearly one of them.”

One of the eight resolutions will establish a pilot program of protected private bike lanes on segments of Mass. Ave. The Council ordered these programs to begin on Nov. 1.

Another resolution, sponsored by Vice Mayor Marc C. McGovern, Councillor Nadeem A. Mazen, and Councillor Jan Devereux, requested that the city “include separated bicycle facilities or adjacent off-street paths in any plans for reconstructing all or part of Massachusetts Avenue.” According to the resolution, Mass. Ave has more cyclist-motorist crashes than any other city street.

“We have heard. We are listening,” Devereux said. “There’s a lot on the agenda tonight that we can point to with pride.”

Increasing safety on Cambridge’s public lands has been a significant topic of discussion for the Council in the past month. The City Council had passed a resolution only a few weeks ago mandating that new Cambridge residents, including university students, should receive information from the City regarding bike safety. At another meeting this September, the City Council began the process of lowering the city’s speed limits.

A number of residents advocating to assign the Harvard Square Kiosk landmark status were also present at the Council meeting. The Council has proposed to renovate the city-owned kiosk, which would likely evict the business inside, Out of Town News. The Cambridge Historical Commission is set to discuss the building’s landmark status at its November meeting.