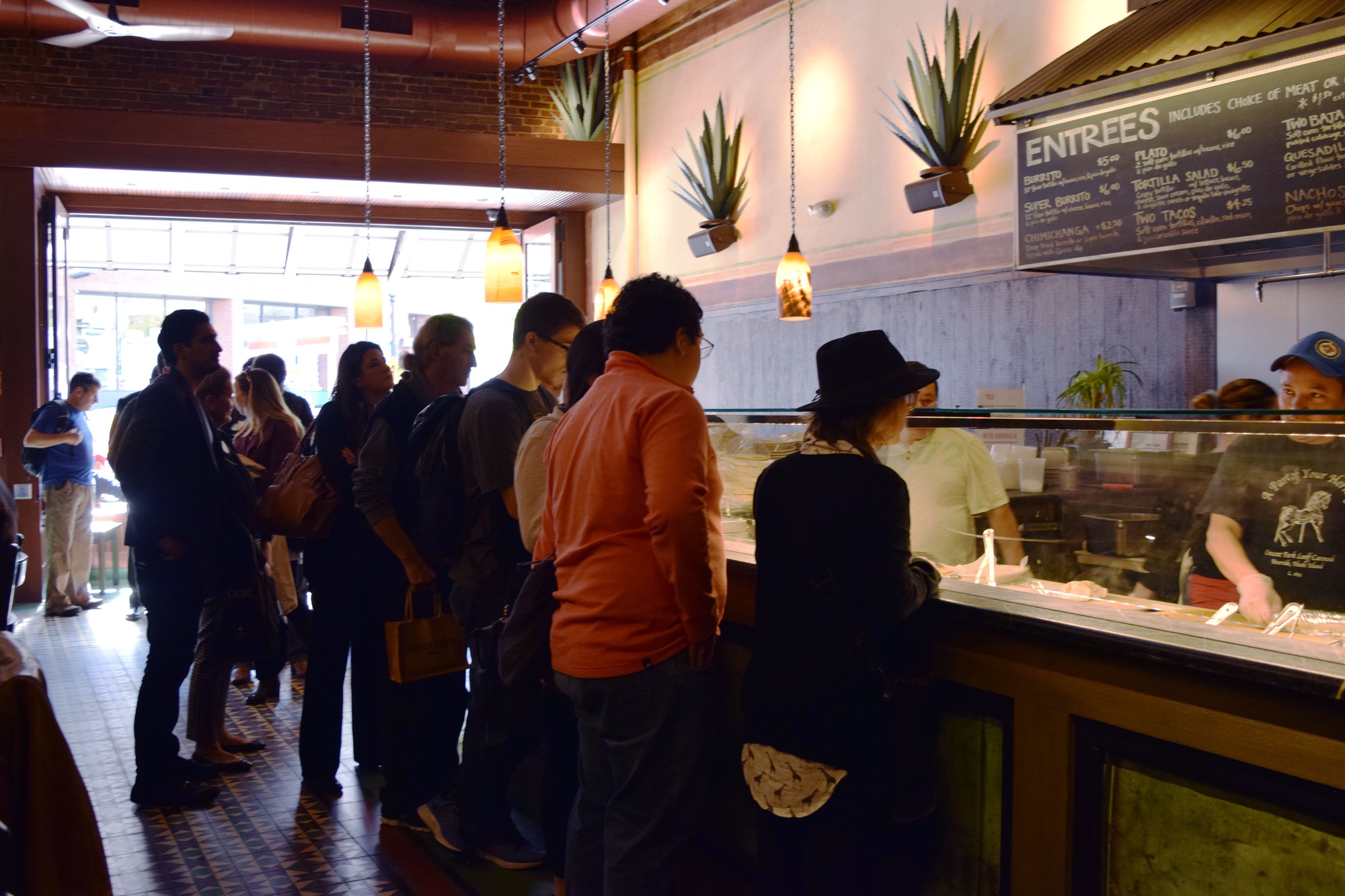 Felipe's Taqueria was one of several Harvard Square eateries that saw increased traffic on the first day of the HUDS strike.
By Junina Furigay, Crimson Staff Writer

Many businesses in Harvard Square experienced a large spike in customer volume during peak lunch hours on Wednesday, the first day of a historic strike by Harvard’s dining service workers.

Three House dining halls—in Cabot, Dunster, and Kirkland—ceased all operations on Wednesday morning, while dining services and hours were extended in other locations. Dean of Students Katherine G. O’ Dair outlined these changes in an email to students on Tuesday morning, following failed contract negotiations between Harvard and dining hall workers.

During the peak lunch hours, eateries along Brattle St., including Crema Cafe and Flat Patties, were packed with customers. Next door, the line to popular Mexican food joint Felipe’s Taqueria was out the door. 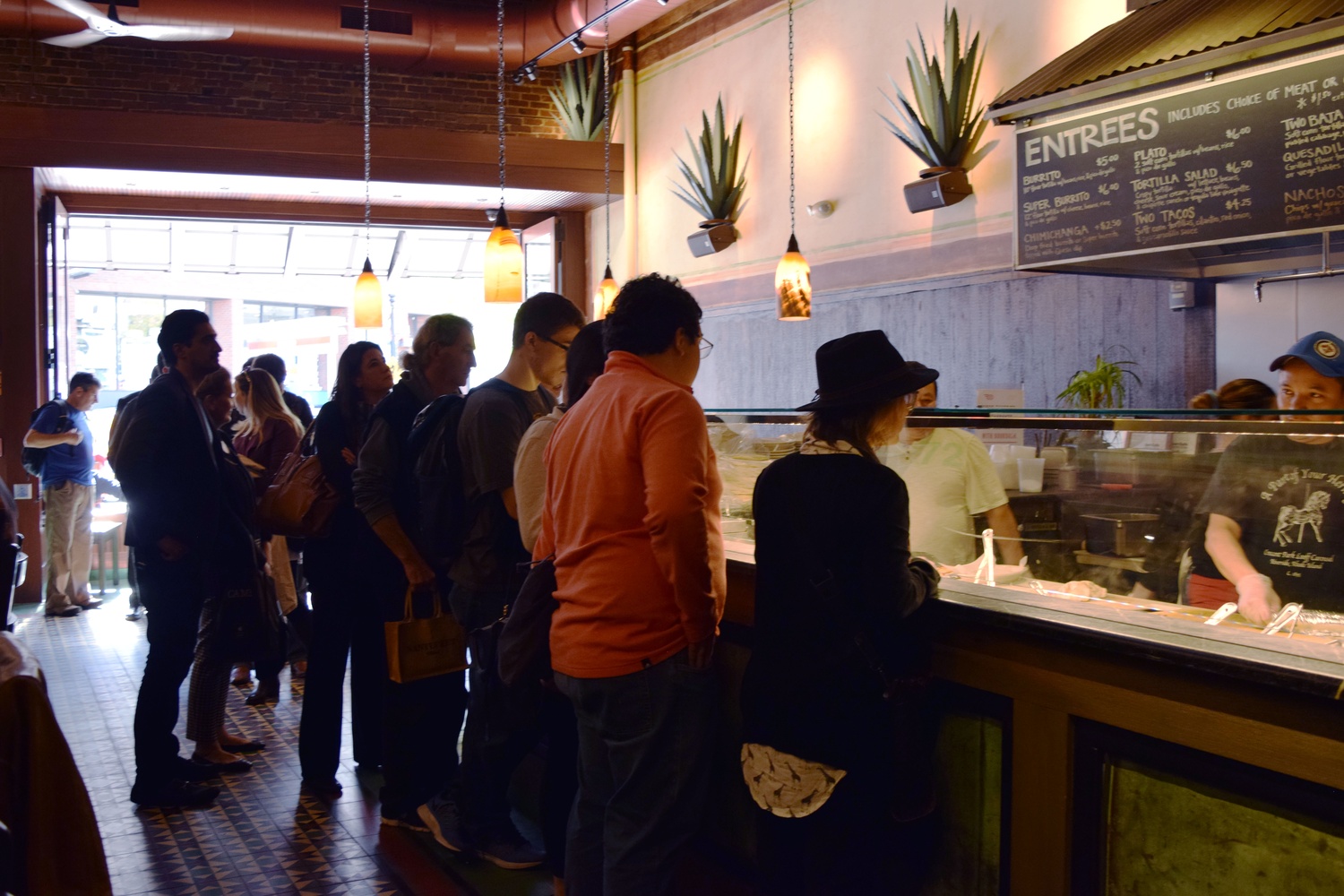 Felipe's Taqueria was one of several Harvard Square eateries that saw increased traffic on the first day of the HUDS strike. By Jessica M. Wang

“We’re insanely busy right now,” Felipe’s chef Tony Springer said. “Most Wednesdays are usually a seven on a scale of one to ten, but it is like a ten right now.”

Cabot House resident Sabrina Xiong ’19 chose to forgo lunch at another dining hall and instead found it more convenient to stop by Liquiteria, a juice bar on Mass. Ave.

“I went to Liquiteria because my house’s dining hall was closed, and so the most convenient option for me was to get healthier food in the Square,” Xiong said.

Nearby grocery store Broadway Marketplace also experienced an increase in the volume of sales this morning.

“I would say that it was between a two to five percent increase in students buying groceries during the lunch hour today,” Hickey said.

This trend could also be observed at Market in the Square, a 24-hour grocery store and deli on Church St., a store employee confirmed.

However, this surge in customers was not experienced by all eateries in the Square. Employees at The Kong, Qdoba, and Mr. Bartley’s Burger Cottage said they were not visited by an unusually large number of customers today.

Bartley’s owner Bill Bartley expected a large crowd of students at the eatery today but was surprised to find that this was not the case. He observed that today’s lunch crowd was “not student-heavy at all,” although he admitted that the burger joint’s afternoon clientele was not usually students.

“My wife even texted me to be on the heads up because three dining halls are closed,” Bartley said. “I am definitely surprised, but I mean there are a lot of options in the Square.”