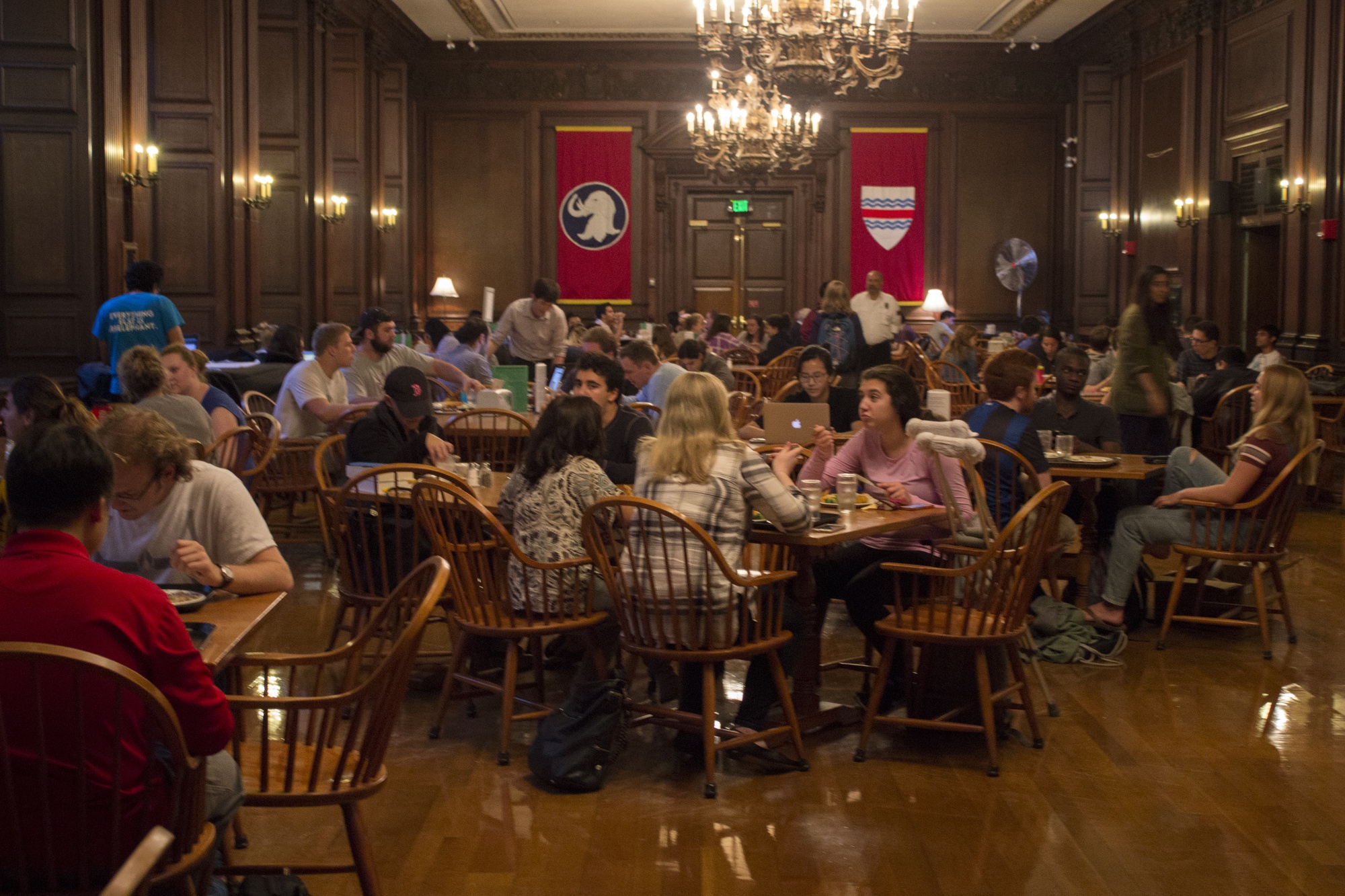 Just days before a proposed strike by Harvard University Dining workers, Eliot House residents dine on dessert. Harvard is stockpiling frozen foods in its dining halls ahead of a potential strike by Harvard’s dining services workers, according to workers stationed across the College’s dining halls.
By Brandon J. Dixon, Crimson Staff Writer

Harvard dining services workers’ historic strike will continue into the weekend and additional dining halls will close for the time being, according to emails sent from Faculty Deans and Unviersity Dining services.

“I have just received an update from HUDS indicating that the work stoppage seems likely to continue into tomorrow and perhaps a couple of days longer, while negotiations continue,” wrote Pforzheimer Faculty Dean Anne Harrington, who is also a History of Science professor, Friday afternoon. 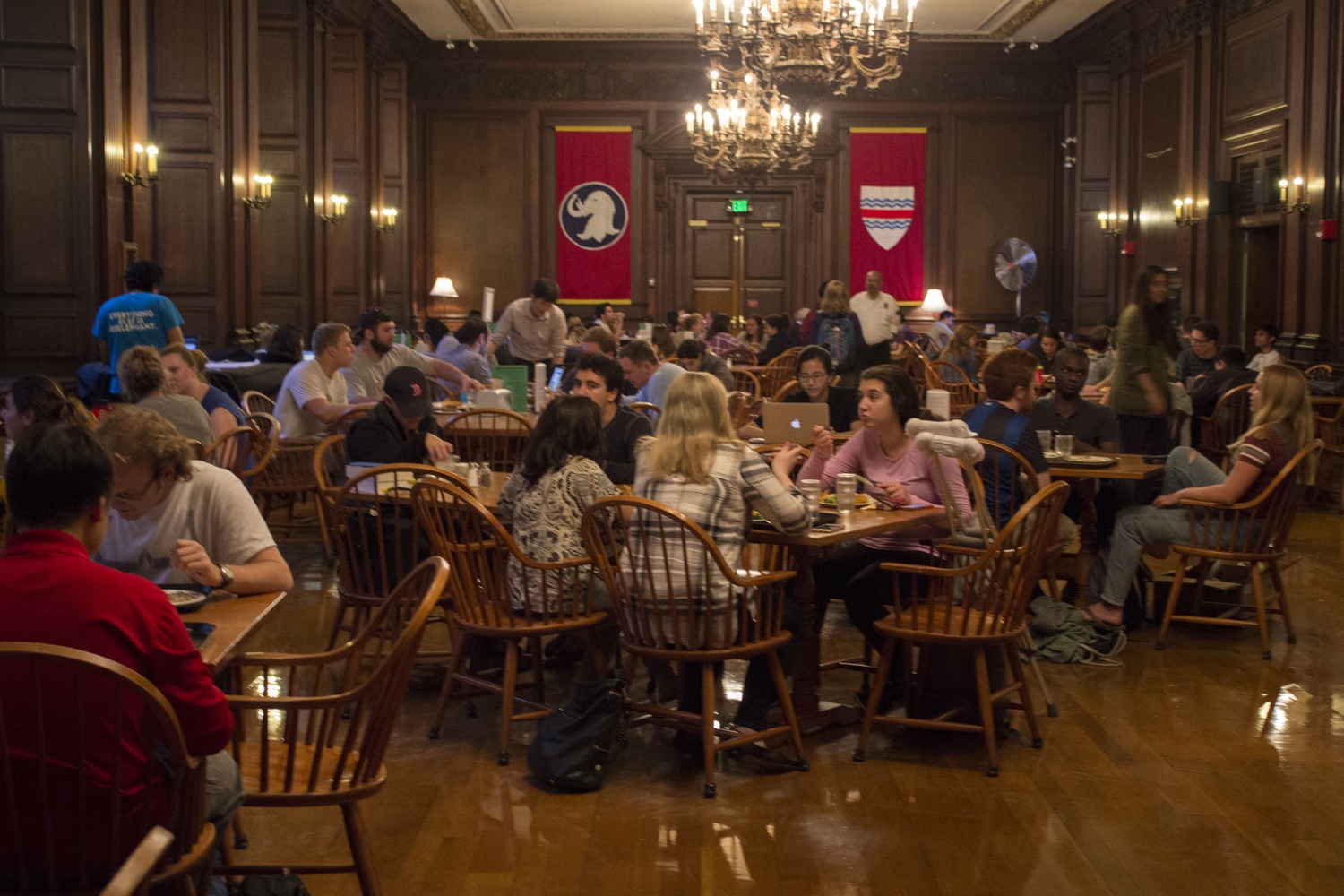 According to an email from Harvard University Dining Services, open dining halls this weekend include: Eliot House, Kirkland House, Dunster House, Quincy House, Currier House, Winthrop House, and Annenberg. Freshmen will not be able to eat in the Houses over the weekend.

As workers picketed across Harvard’s campuses on the third day of their strike, representatives from their Boston-based union UNITE HERE Local 26 continued contract talks with the University’s negotiation team. Friday’s session marks the 21st time the two sides have formally come together to bargain since mid-June, when contract negotiations began; they last met Thursday. The prolonged dispute centers on the workers’ wages and health benefits.

University spokesperson Tania deLuzuriaga said the contract talks ended without settlement Friday, and another negotiations session is scheduled for Saturday.

According to Harrington, Pforzheimer House’s dining hall will be closed over the weekend, potentially until Monday. All students residing in the Radcliffe Quadrangle will be asked to eat in the Currier dining halls, or in select River houses starting Saturday morning.

Additionally, Harvard will add $25 worth of Board Plus to all student accounts to use in House grill locations, Lamont Library Cafe, and Cambridge Queens Head Pub, Harrington and several other Faculty Deans wrote in similar emails to their Houses.

In their third day of a historic strike — the first the workers have undertaken in more than 30 years — picketers spent most of the day around Harvard Yard and Memorial Hall. Towards midday, the workers congregated under the science center plaza tent for a dance party.

The Association of Black Harvard Women bought donuts for the HUDS workers earlier today. Additionally, students from the Harvard Law School purchased 24 boxes of pizza for the workers in the afternoon, according to Local 26 spokesperson Tiffany Ten Eyck.