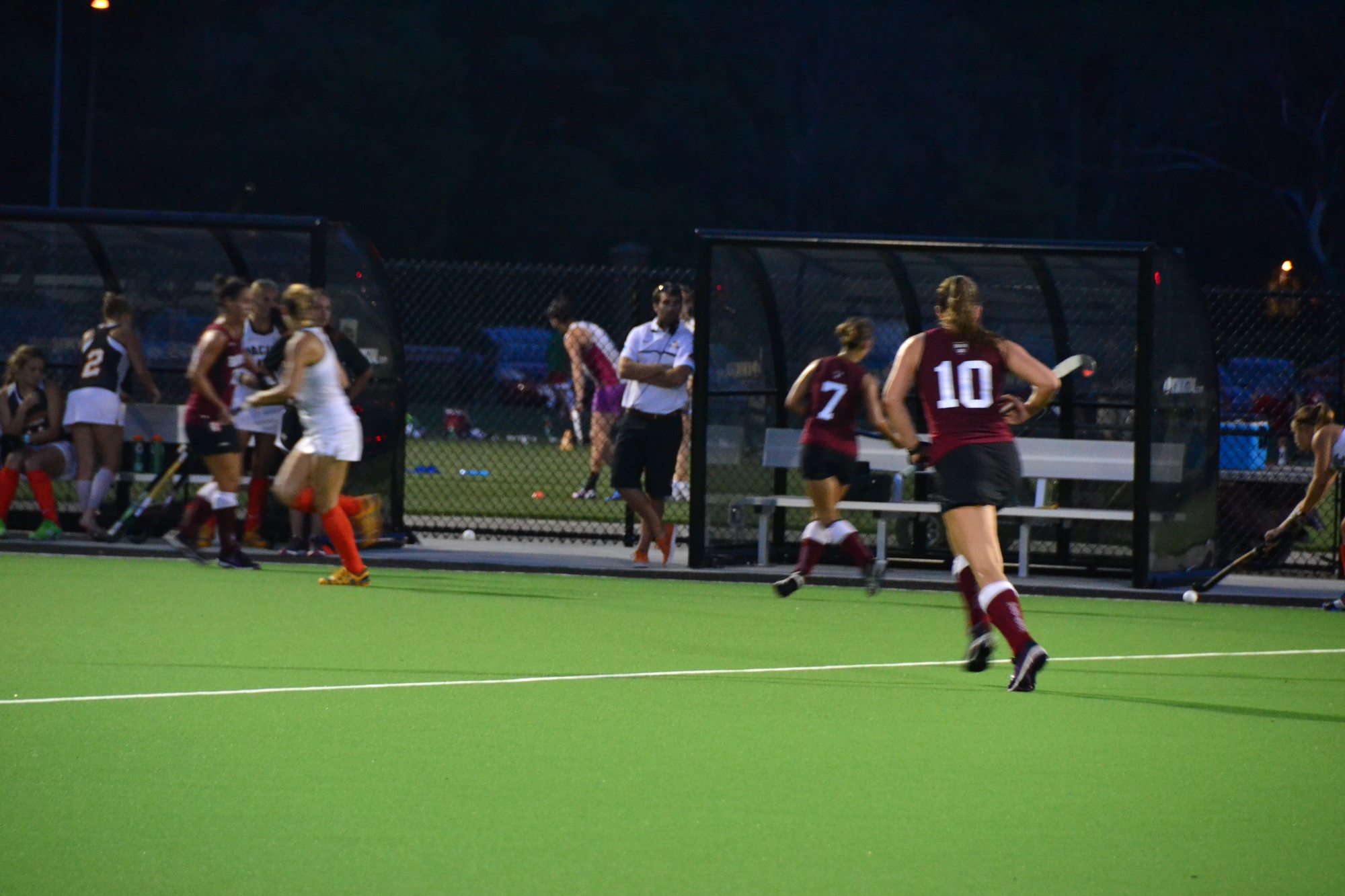 The No. 16 Harvard field hockey team won its first Ivy League championship since 2004 by way of a hat trick from freshman midfielder Bente van Vlijmen. The Crimson (11-5, 6-0 Ivy) emerged victorious against Dartmouth (4-11, 0-6) thanks to the Netherlands native breaking the gridlock at the beginning of the second period with three goals within 12 minutes.

“She really brings a certain oomph to our team on the forward line,” junior midfielder Ellie Cookson said. “She’s been moved around a lot. I know last week she was playing center back, which is the complete opposite end of the field, so the fact that she can play center back and then go back to forward and score three goals is just awesome and a show of her dedication to the sport.”

Van Vlijmen has proved her versatility on the field by swapping between both defensive and offensive positions in a matter of days. She made her debut in the back line during the season’s most critical game against Princeton last week. She adapted seamlessly, allowing Harvard to remain undefeated against its hardest opponent.

“Due to injury with [sophomore back] Olivia Allin for the last week and a half we had to start to play Bente in the backfield,” said Harvard coach Tjerk van her Waarden. “I think she did that very well, she’s strong there and I think we’re comfortable playing her in that role. Bente in the forward position—that’s where we think she’s strongest and thankfully for us she was able to break through a little bit of a deadlock….her true talent showed and her fortuity and her quickness of her shooting really allowed us to set ourselves up to win the game.”

The stakes were high on Saturday—despite having beaten the Big Green the past two games, Harvard had the Ivy League Championship on the line that day. A surprise upset by Cornell against favorites Princeton meant the Crimson only had one obstacle in its way before achieving its fourth Ivy League Championship. The game started off slowly with both teams entering halftime without having scored. Despite the blank scoreboard, Harvard dominated the game from the beginning with 13 attempted shots versus Dartmouth’s three in the first half.

“In the beginning, we definitely had trouble playing the way we usually played but once that first goal came, we were all set,” senior back Sophie van Weede said. “[Bente] definitely came through for us, she just has such crazy power on the field and once the first goal came, they just kept rolling.”

Van Vlijmen hails from Zeist in the Netherlands and coach van her Waarden sees her international transition as a reason for her rapid development over the season.

“I know for any international student athlete coming to Harvard, everything is new and it can be overwhelming in a different culture and different environment far away from home,” van her Waarden said. “In my experience, most international students take a little time to grow into that and I think Bente has done that very well and as soon as she actually started to get really comfortable…you can see her influence on the field more and more.”

“It was often Marissa Balleza or Bente…who were able to break down the gridlock we had when we were having difficulty scoring,” van her Waarden said. “It’s really exciting for us to see that a freshman can play such a huge role and step up and score goals when we need it the most. I’m excited to see what’s coming up for Bente in the upcoming years.”

Bente and the Crimson move on to play their final Ivy League game against Columbia this weekend. It will be Senior Night as well as the team’s final tune-up before going on to the NCAA Tournament.