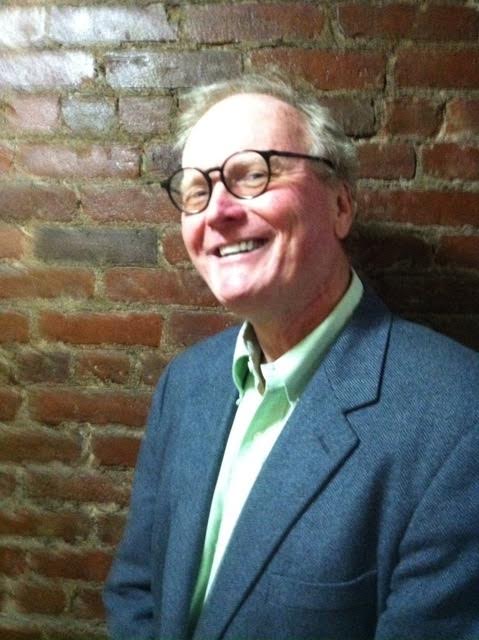 Comedy writer and Harvard alumnus Steve M. O’Donnell ’76 was the head writer for the late night comedy shows “Late Night with David Letterman” and “Jimmy Kimmel Live!” He has also written for “The Simpsons,” “Seinfeld,” and “The Chris Rock Show.” The Harvard Crimson interviewed him about his work and how he first got his start in the television industry.

The Harvard Crimson: Who is the funniest person you have worked with in the past?

Steve M. O’DonnelI: I had an identical twin brother, also a writer also quite involved in comedy, who also went to Harvard and who was a lifelong pal and a sometimes collaborator called Mark O’Donnell. In our professional lives we collaborated pretty rarely... but we did write a piece for Esquire about our own lives, and I suggested we do one in the form of a catechism, you know, questions and answers such as we had growing up in Cleveland, Ohio, in our Catholic catechism books. That kind of explored not only the questions of creativity and humor and so on but also the somewhat sideshow-ish feature of our lives. Mark passed away four years ago, so I am the surviving twin, but I still talk a lot [about him] because he was the funniest and the greatest. And very good-looking.

THC: What activities did you pursue at Harvard that helped engender your love of comedy or else were particularly beneficial for your career?

SMD: [My brother] had numerous small productions that were humorous and interesting and very promising at the Loeb Ex from 1972 to 1976…. [My brother and I] performed a [play] called “The Intellectuals” at the Ex. I am sure there is no copy or recording, but it was a memorable experience for me, and I think the audience got a kick out of seeing identical actors each saying asinine things.

I was on the Lampoon, as was Mark O’Donnell. We were both very inept cartoonists and blossoming writers…. There was a kind of horrible, corrupt wonderfulness about the Harvard Lampoon. When I was there, we would have these fancy dinners every couple of weeks where you’d wear tuxedos; half of them were secondhand (mine certainly was); but anyway, they’d have these great dinners, and there is a beautiful entrance—I won’t describe it too much, because it’s all super-secret though—with a great sort of medieval hall and with these great dinners, and often people would make toasts and smash their glasses like something out of Tolstoy. All your friends and colleagues were also humorous and smart…. But the dinners at the Lampoon were wonderful. Other than the drama of the smashing crockery and the blood and so on, the camaraderie [with the members of the Lampoon] on a gray afternoon was always pleasant… and I am still friends with some of those people.

THC: What was your first job, and how did you get your start in comedy?

SMD: I had some odd ones. I sold some magazine and newspaper articles in my hometown of Cleveland after college. I had couple of strange jobs before that. I was a tour guide at the Paul Revere House, and I was a teaching assistant in American history in North Carolina, and when I came back to Cleveland to, as we used to say, “to get my head together,” I worked as a moving man…. I had this urge to cartoon and write and I went and talked with an editor of Cleveland Magazine, pitched a couple of articles, and sold them—I think the first was why Cleveland was the biggest city in the nation where Pepsi outsold Coca Cola, and I made it humorous…. From there I got a job at a local greeting card company writing greeting cards, which turned out to be a great preparation for writing late night comedy because we did a lot of writing, like volumes and masses. You got in the habit of writing dozens of things a day, most of which would get shot down for some corporate or personal reasons or another, and I got to know so many other writers and cartoonists. I especially enjoyed getting to know cartoonists, who in some ways are more fun than writers, because writers can be sort of gloomy and preoccupied and self-centered; cartoonists are more ready to have fun somehow.

So I did that job for almost two years, then went to New York to seek my fortune, as they say…. [I] got a job at the Museum of Broadcasting, which led to a job in the NBC tape library, and it was in the tape library that I wrote a submission for the Letterman show, which was the first job that I got in television…. I suddenly could take taxi cabs and tip hat check girls, which was a redeemable pleasure that went along with having more than $89 a week in your paycheck…. I loved that job. I was there for 13 years, almost [ten][10] of which I was head writer.

THC: In the past you’ve talked about the grueling nature of perpetually coming up with material for the show. How did you come up with this information? Where did you draw inspiration?

SMD: I go to a library and check out books that have not been checked out in a long time, and I copy whole sentences out of them, and so far, nobody has gotten the wiser. No, I have to say there are certainly times where coming up with stuff seems a little bit harder than others, but that seems less the struggle in my experience than trying to sell something or trying to deal with the politics in a show. Those seem like the larger challenges. It’s sort of like your dinner table conversations; you never really worry about that drying up…. There’s always something to speak to even if you don’t necessarily like to write about current events—I’m not a big political commentator, but there’s always some kind of ridiculous cultural and social phenomena as well…. You want more to surprise [your audience], and one always asks [oneself], what would I like to hear? What would I like to see? To some extent that is what serious writers imagine as well—what sort of story do I crave hearing—and you provide it as best you can.

THC: If you had to sum up the work that goes on behind writing for television in three words, what words would you use?

SMD: Well, one of them, I think, would be joy, because it ought to be a joy. If you are just doing it to say that you’re in TV, that’s not really good enough. It should give you a kick; it should be a pleasure for you. Then I will say surprise, simply because it is nice to surprise people with an unexpected turn even if they sort of think they see or expect a turn coming. And then maybe I’ll very pretentiously bring up my third element as truth, because I think a funny line has a little more effect on people if they recognize some truth in it. Though having said that, I also like complete and utter nonsense in which there is not a shred or molecule of truth in what you say. So I’ve pretty much negated my whole lofty premise.

THC: What kind of television do you like to watch? Do you find yourself watching it solely from an audience point of view, or do you ever find yourself viewing it more critically?

SMD: I think I’ve remained pretty much like an audience. I don’t take the same pleasure in late night shows, maybe, because it’s just because [it is something] I have been supersaturated with, but as everyone tediously echoes this is a golden age of quality of drama in the long form… like “The Sopranos.” Those are good things; we did not have that kind of stuff [back then]. But if I go to a movie now, I feel like I’m wasting my money most times. “Oh boy, ‘The Avengers.’ Great, terrific, can I leave now?” But when you’re watching “Breaking Bad” or “Boardwalk Empire” or something like that, you go: “I’m into this!” There is enough time to develop the characters.

This isn’t really comedy. The comedy I like to watch still are things like “South Park”… and there are a handful of comics I like to watch, like Norm Macdonald; Sarah Silverman, who I’m a big fan of; and I’m friends with a very funny comic called Susie McDonnell, who I get a kick out of and who’s a funny writer as well.

THC: What advice do you have for students who want to delve into the world of comedy?

SMD: I would urge any writer—but particularly someone who wants to write in late night television—to keep up a Twitter account or something journal or diary-like just so that they are in the habit of writing and commenting on things every single day, so it’s not like they think they’d like to do it and another year goes by and they get caught up with something else altogether. And I think, get in the habit of the craft part, the professional part, to be able to comment in an amusing manner on what’s happening in the culture. It’s also a good habit for any writer—serious, unserious or something in between—to write every day and just to make that a habit. And I will bring back… [the earlier idea of] joy. Take some pleasure in it. If you’re doing it to prove something to someone else… well, you may do that, but is that really what you are looking for? Take some pleasure in it. That’s what it’s all about. And I guess that’s true for anesthesiologists as well!