After an alumni donation, Lowell House recently renamed its dining hall to Lee Hall. The new name is marked by a plaque near the dining hall entrance. 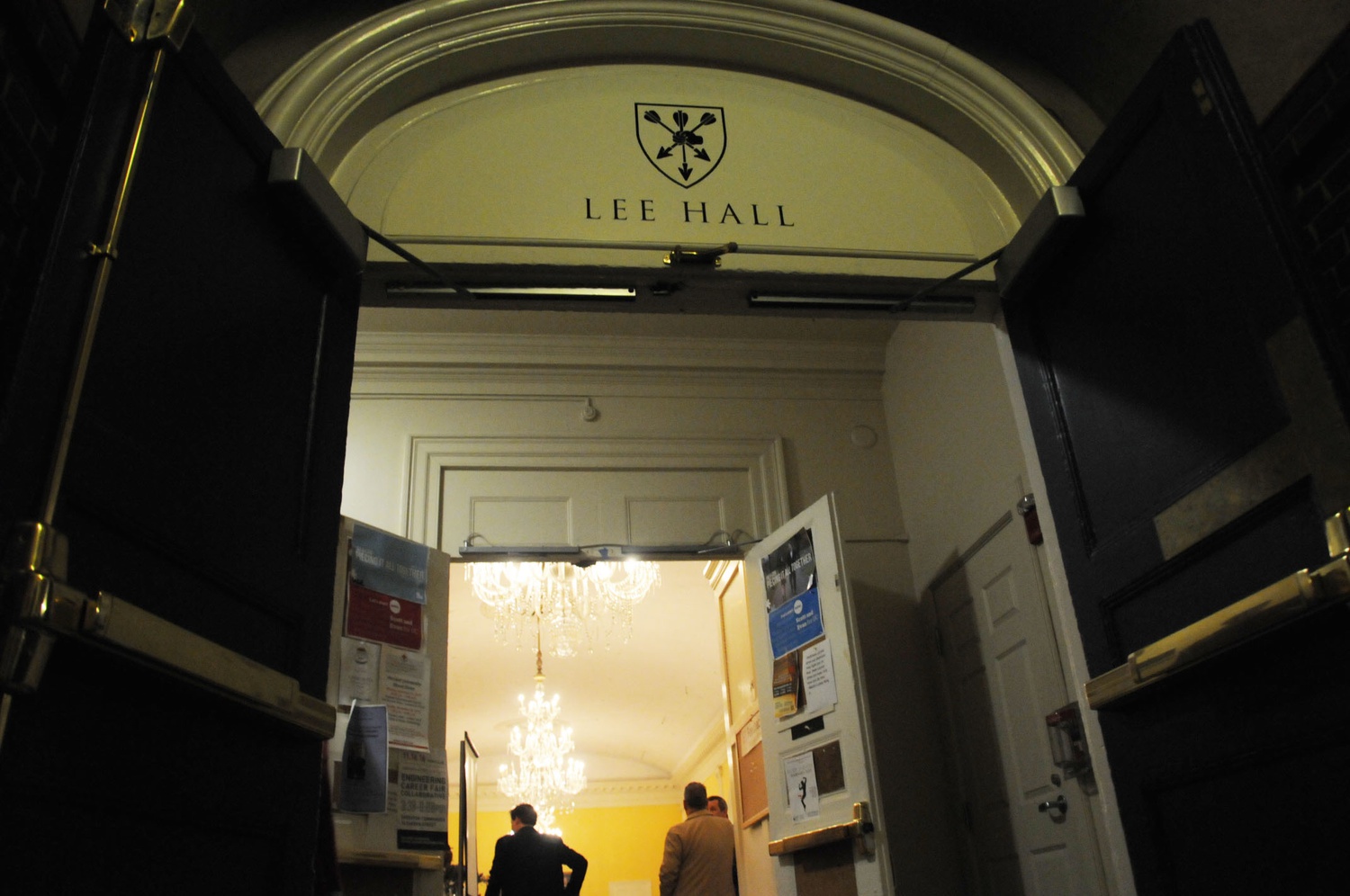 A sign above the entrance to Lowell House dining hall indicates the new name of “Lee Hall.” The dining hall was renamed after a donation from Kewsong Lee ’86. By Lauren A. Sierra

The dining hall is one of several buildings, common spaces, and professorships recently named for donors as part of the ongoing capital campaign. The rename precedes Lowell’s scheduled two-year renovation project beginning June 2017.

Kewsong Lee ’86 and Zita J. Ezpeleta ’88 lived and met in Lowell House as undergraduates. The two have been active donors to the College through supporting House renewal and establishing an endowed Faculty of Arts and Sciences professorship.

Although the plaque credits Ezpeleta, Lee, and their family for the gift, the newly named dining hall only bears his name. The professorship they established uses both Lee’s and Ezpeleta’s names.

When asked about the donation, Lowell House Administrator Elizabeth Terry declined to speak on the record, and Faculty Dean Diana L. Eck could not be reached for comment.

Students had no strong reaction to the dining hall’s new name.

Timothy J. Cavanaro ’18 recalls noticing the new signage early this semester, and does not remember a formal announcement from the House. “I think people just started noticing it, at least that’s how I found out about it,” he said.

While the name may have changed, the dining hall feels like the same community center it’s always been for many students.

“I think colloquially it’s definitely still known as the dhall or the dining hall,” Benjamin I. Pleat ’17 said. “I think honestly the places are very important, but it’s really the people inside those places that matters.”

Cavanaro added that the dining hall continues to maintain its importance to Lowell House life, regardless of name.

“Lowell dining hall is I think one of the best places on campus…. It’s just a really welcoming place, and I don’t think really much has changed based on the renaming of Lee Hall.”