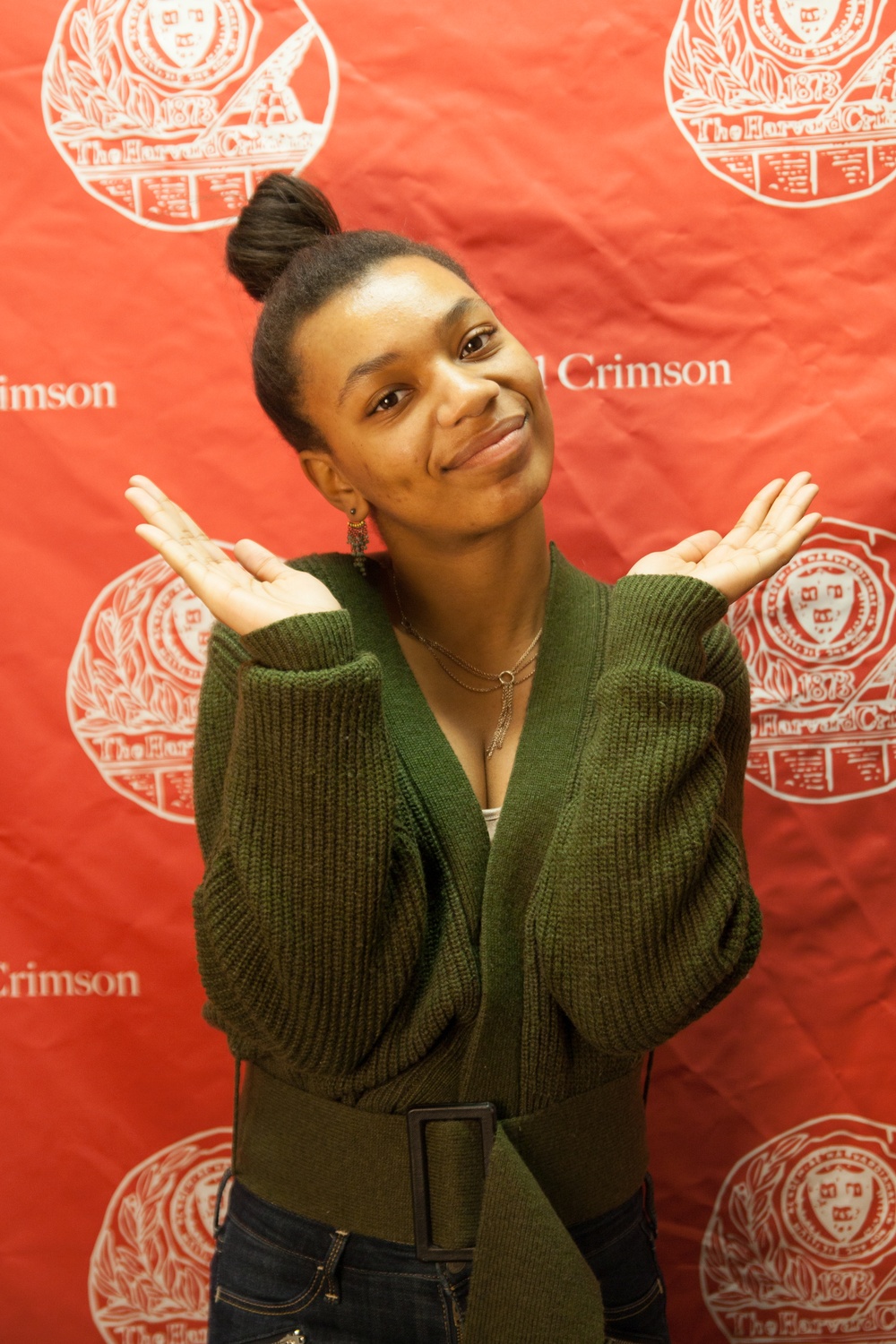 Coloring Book by Chance the Rapper

Time: 2007 hours. The Crimson’s arts section’s blank pages wait to be filled. Final edits have yet to be made and pieces still need to be seconded, but the fun has only just begun. After all, How Great are the Arts exec Angels, who have No Problem slaving about All Night? All We Got to do is Juke (and) Jam until we get to the Finish Line. Does everything make sense yet? Is anything organized as of now? Not quite, but we’ll get there soon enough.

Time: 2337 hours. Anguish, fear, despair. The looks on the execs’ faces say it all. Doom and disaster are imminent as the poor souls get sucked into their computer screens, machines that will chew them up and spit them out when all that’s left are their tears. A red light glints from the blinding screens—the machines are running on less than 20 percent of the juice they need to make it through the night. The wretched editors try desperately to finish up for the night before time is up, but secretly they pray for the relief at which the red light hints. Let the red light shine! Let the screens turn black! But then… what of the week’s Arts issue?

One Flew Over the Cuckoo’s Nest by Ken Kesey

Time: 0044 hours. A savior has arrived with a long white cord. Jamming it into the computers, the execs bolt up, electrified awake. As the computers charge up, their captives lose hope of having the reprieve they had dreamt of all night—or is it day now? A savior, was the cord-carrying fiend? Nay, the devil, come to nurse the sufferers further into the insanity they’ve already spun themselves into. Will Ha and Victoria be a strong enough force for good to counter the darkness?

Time: 0128 hours. On the verge of psychotic breaks themselves, Vic and Ha turn to illicit manipulation to force the execs into action. Nothing is off limits: Bribery with snacks and soda, blackmail with the most depraved secrets, and selling the darkest of drugs—caffeine—are just a few of the many tactics used as a last ditch effort to get the job done. But when does evil ever prevail?

Time: 0148 hours. Change of tactics. Like in any superhero movie, teamwork and perseverance save the day—or rather, Crimson Arts. Elizabeth’s quiet strength and Thomas’ steady pragmatism complement Vic and Ha’s infallible leadership, and coupled together, the sets of incoming and outgoing Arts chairs rally their comrades to finish yet another issue of Crimson Arts. Exhausted but proud, the Arts execs have once again produced the arts section. Finally, Vic and Ha can rest knowing they’ve done their job well. After all, with great power comes great responsibility… Wait, isn’t that from Spiderman?

—Staff writer Mila Gauvin II is the incoming Books exe… Wait, “II” as in “the second?” What is she, a princess? (Upon further research, it would appear that Mila Gauvin II is not a princess, but in fact a queen. Please excuse any other implication.)