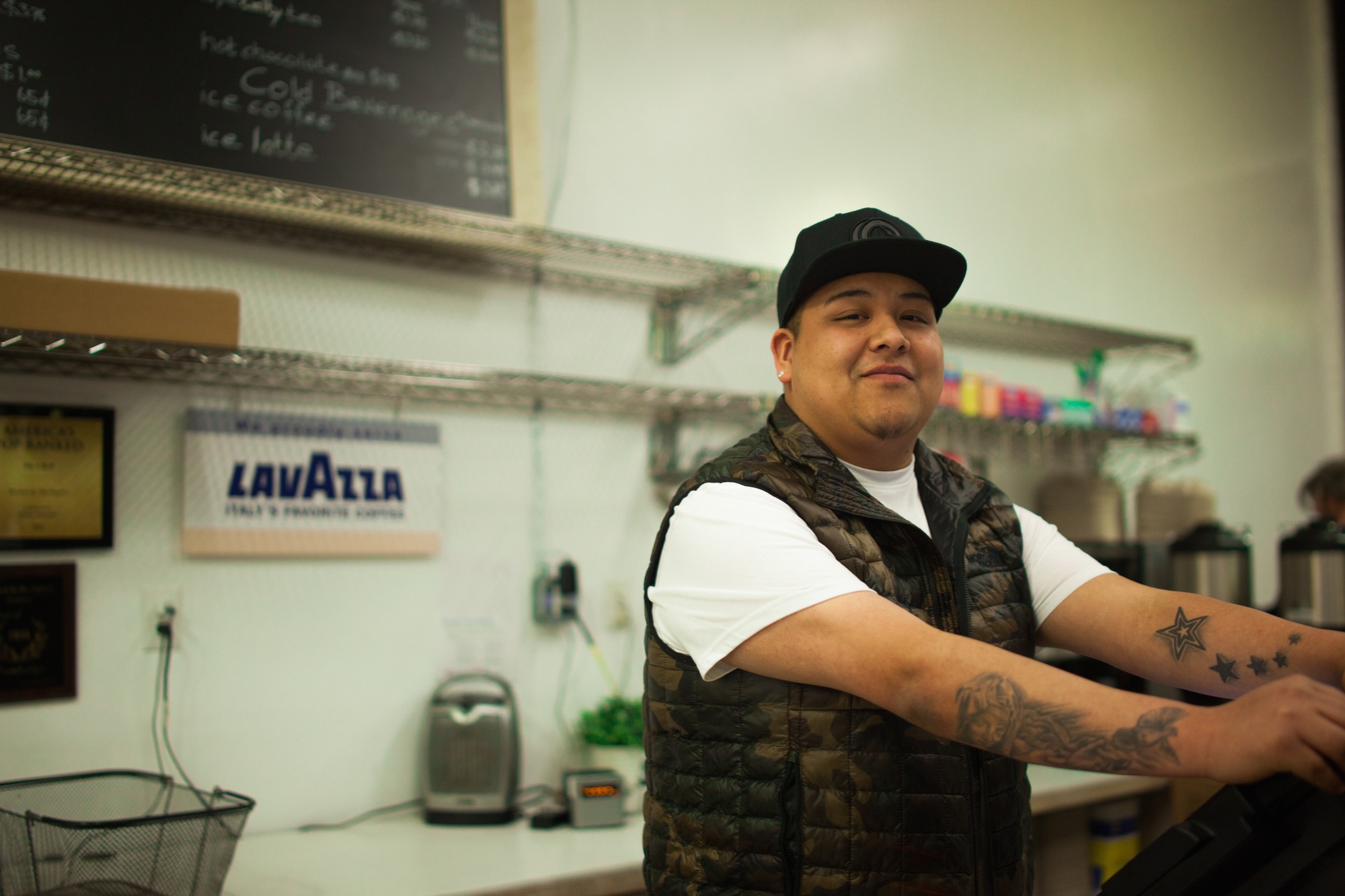 His name is Rigo, he works the night shift, and he is Instagram famous.
By Valerie B. Elefante

Stumbling into Market in the Square at 2 a.m., you need to sate your munchies. You order a Grand Canyon, pick up a bag of popcorn and a Diet Coke, throw it all down on the check-out counter, and pull out your credit card. It’s a Saturday night, and you’d think that the very last thing that should be on your mind is the man who rings you up behind the register. You’d think wrong.

His name is Rigo, he works the night shift, and he is Instagram famous. 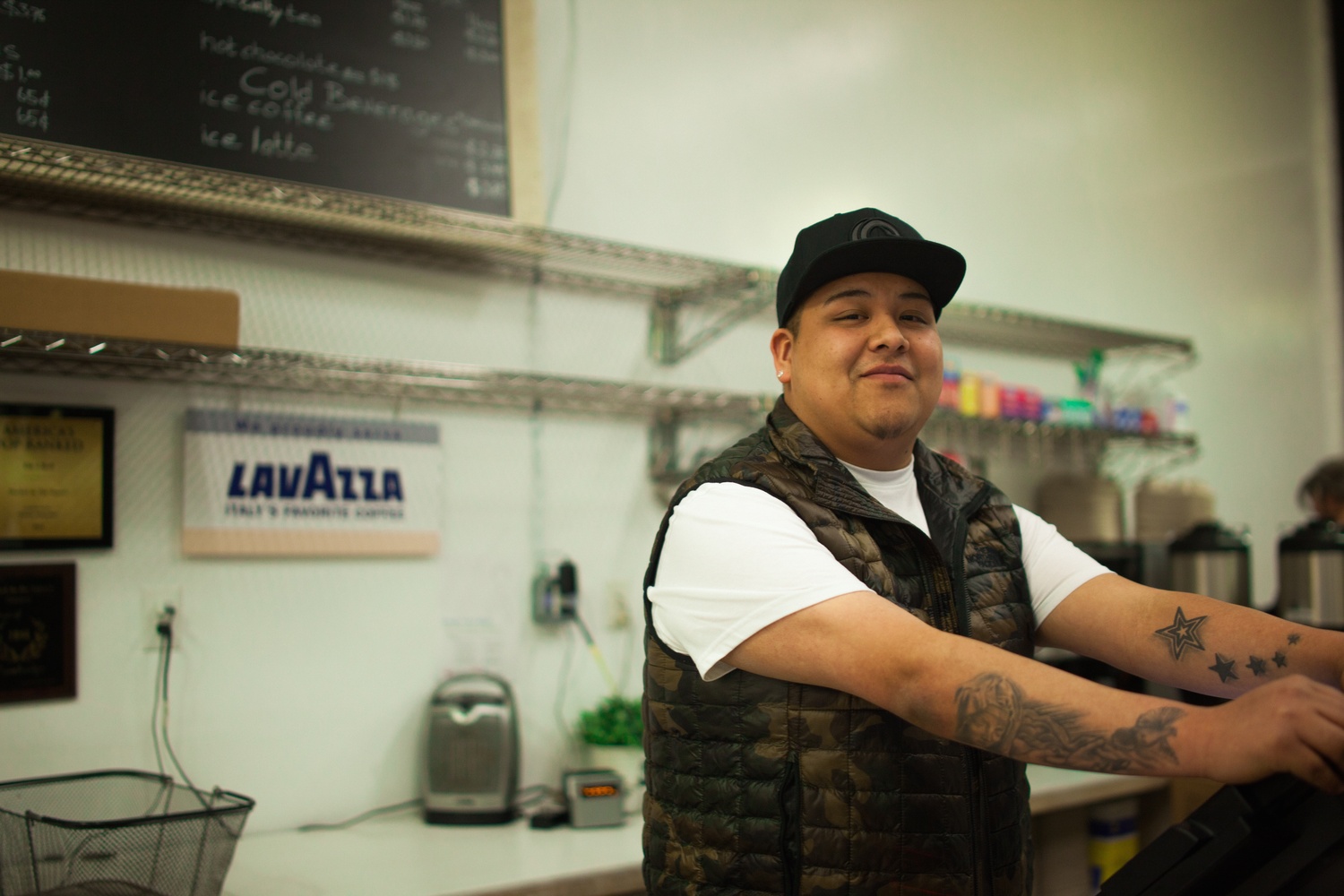 Rigo poses at the cashier desk. By Lance I. Oppenheim

“I know you,” Rigo says to me with a smile as I approach the counter. “I saw you messaged me, and I was like, ‘I remember you.’” I’ve been to Market before, but I’ve never spoken to Rigo. I’m impressed.

He invites me to come sit on the ledge behind the counter. He has to work, so he continues helping customers as we begin to chat about his life. 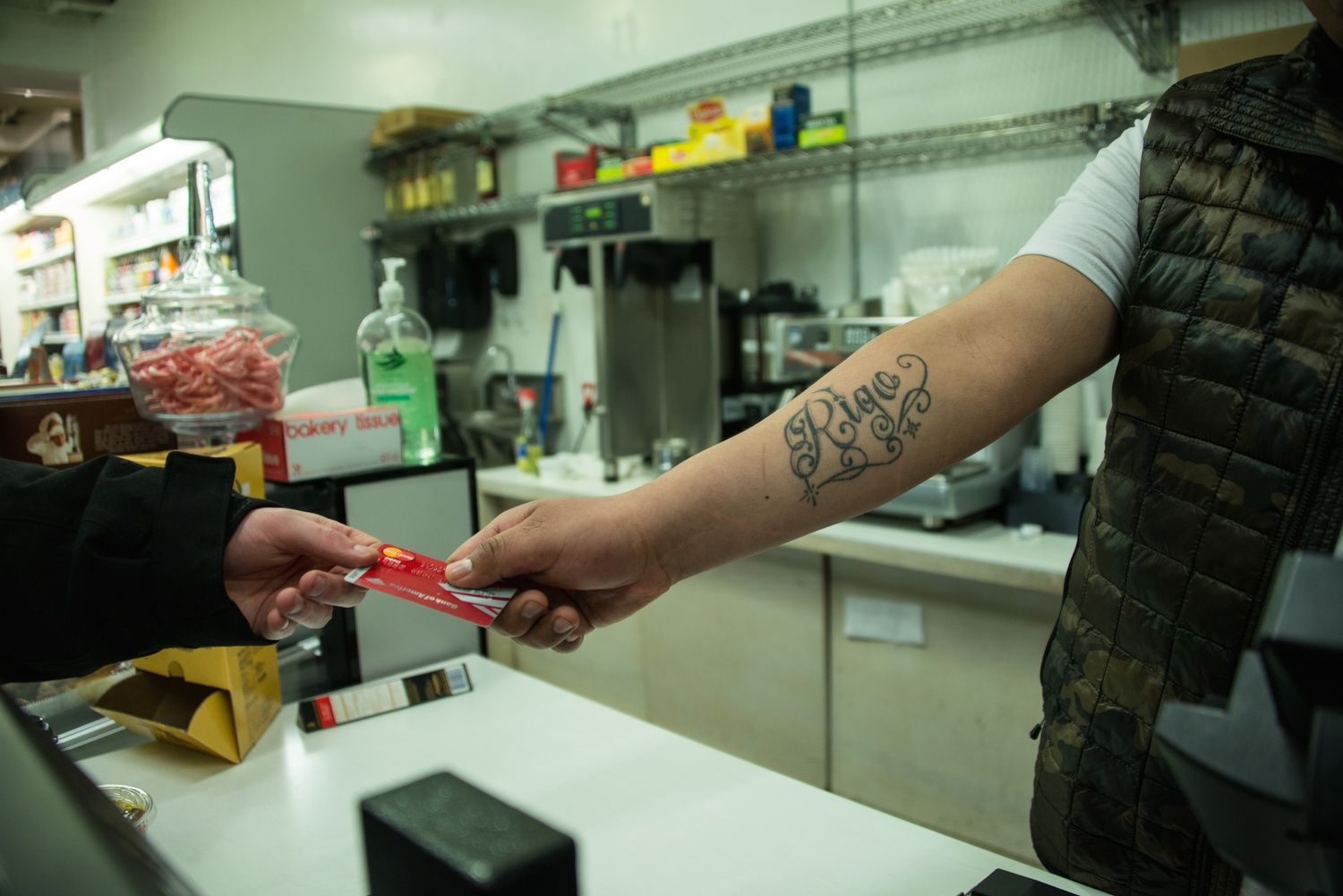 Rigo, the night shift worker at the Market in the Square, hands a credit card back to a customer. Fifteen Minutes Magazine wrote about Rigo in a February profile. By Xenia O. Viragh

I learn that Rigoberto Marcus-Perez was born in Cuernavaca, Mexico. When he was only seven years old, his father left his family. His mother provided for Rigo, his two brothers, and his two sisters.

When he was halfway through high school, Rigo decided to join the Mexican army. A couple months later, he moved to America.

Rigo and five of his friends visited the U.S. Embassy, applied for Visas, and headed to Chicago. He didn’t even tell his mother he was leaving.

“I remember, same day I arrived, same day I started working,” Rigo recalls. After having lunch at a Cuban-Puerto Rican restaurant, he decided to ask the manager if the place was hiring. The man replied, “You’re 15. Are you serious? You wanna work?’” Rigo got a job doing the dishes in the back, where he rarely saw the light of day.

After the first week, Rigo received his first paycheck of only $250, but he worked his way up the ranks, eventually increasing his weekly paycheck.

After two years of sending money back home to support his family, Rigo decided to go back to Mexico, though his stay was short-lived. Four months into working at a farm in his native country, he decided to return to the States and assume a position at a produce market in New Jersey. 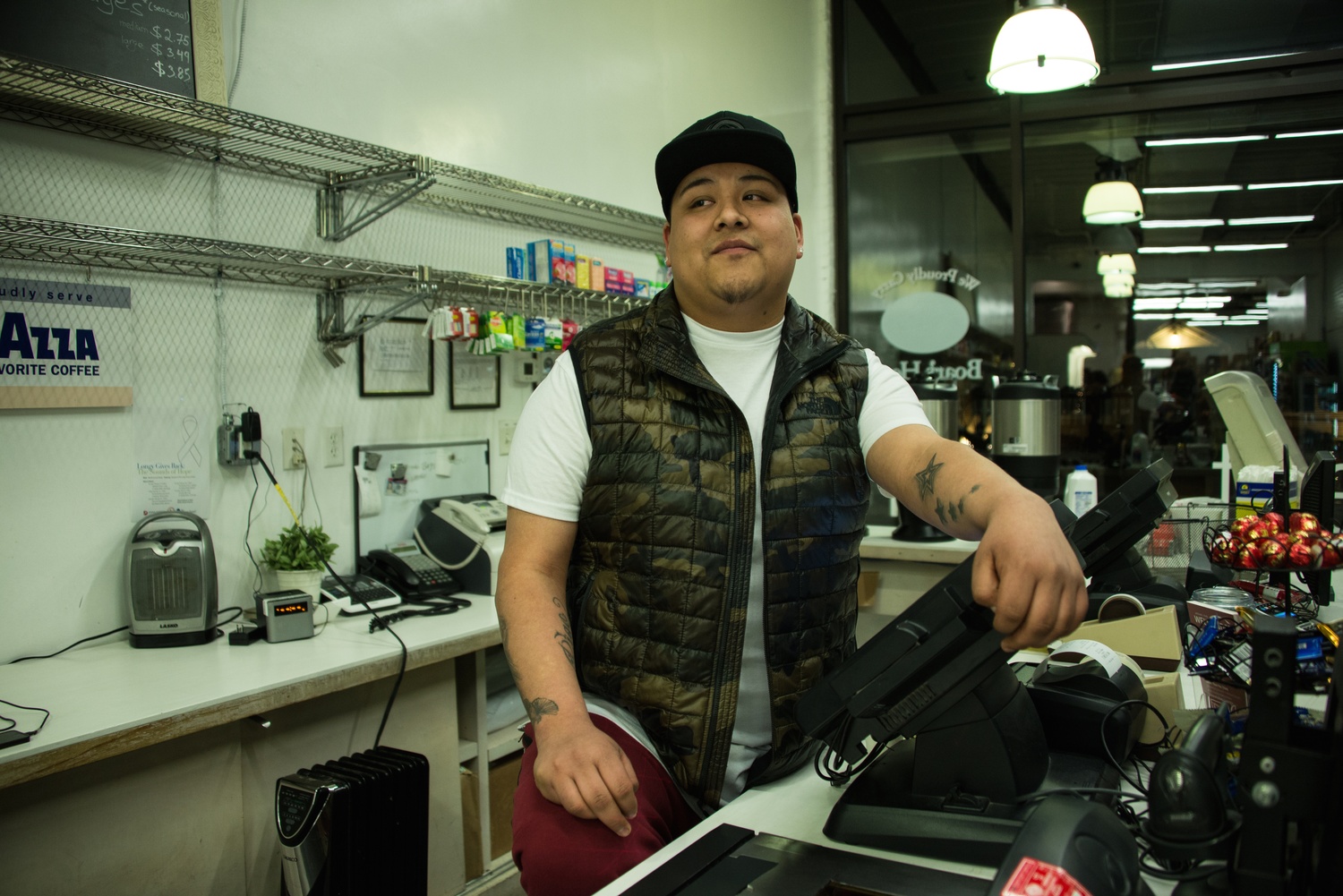 Rigo poses at the cashier desk. By Xenia O. Viragh

A few years later, Rigo’s uncles moved to America and invited him to come work in Boston—well, Harvard Square. He found a job at Market, and he soon became well known for his craft.

He’s also well known for his social media presence. With 483 followers on Instagram, many of whom are Harvard undergraduates, Rigo is a bit of a celebrity on campus. “I started to be friends with people I never expected,” he says. “Friends” doesn’t even tell the whole story.

While many Harvard students spend their Friday nights lamenting the college’s dearth of social spaces, Rigo’s nights are “crazy.” Known to pay visits to final clubs and promote Harvard’s sororities on Facebook, Rigo’s relation to the Harvard community is, to use a word off his Instagram, “ridiculousness.”

I get a glimpse of Rigo’s social status when he encourages me to rush Kappa Kappa Gamma, because, in his opinion, I would like a pal of his who is a member. (Perhaps he is referring to one of the girls in his current profile picture, captioned “GO Kappa!!”). And he tells me how much fun he had when a student invited him to be her date at a Spee event (A picture from this “epic” night can also be found on Rigo’s instagram.)

But it’s more than just the night life that keeps Rigo tied to Havard students. “I love the people here,” he says. “And I have so many friends.” 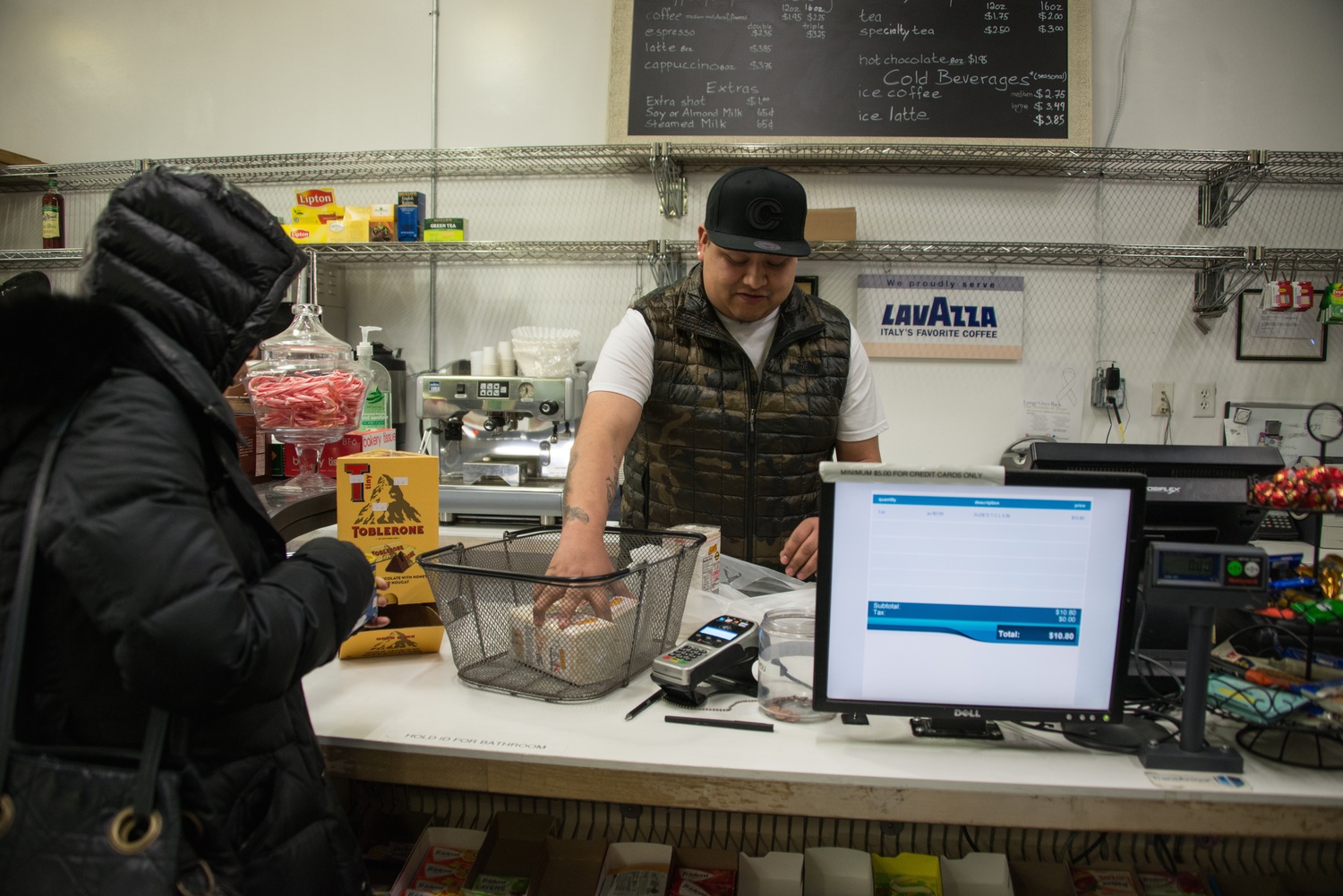