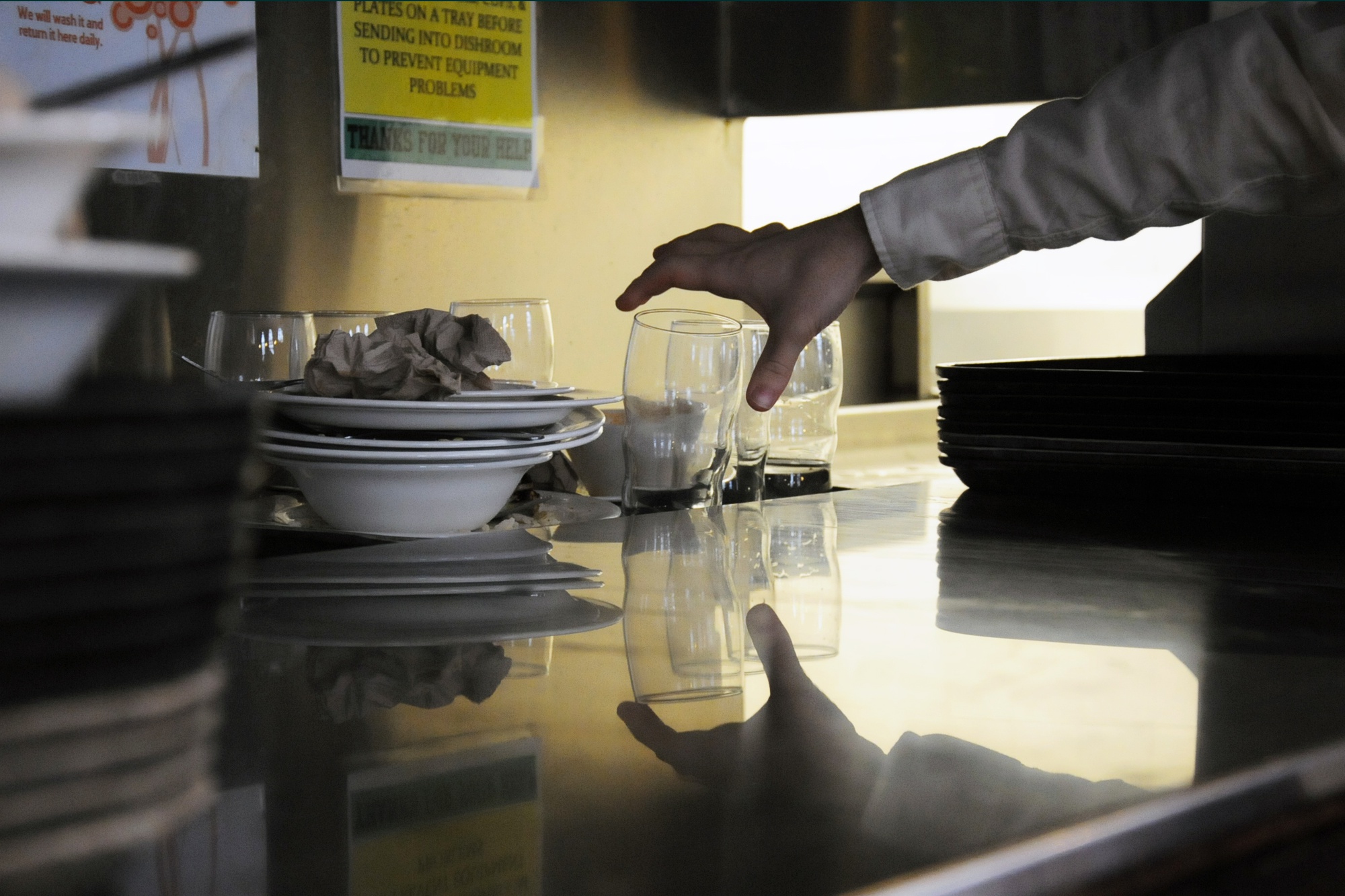 A student places a glass onto the dish return in Adams's dining hall. After a broken pipe interfered with the dining hall’s disher washers, Adams residents were left using plastic cutlery for several days this week.
By Menaka V. Narayanan, Crimson Staff Writer

The pungent odor that greeted students in Adams House dining hall since late last week was eradicated Tuesday following a sequence of repairs over the weekend. 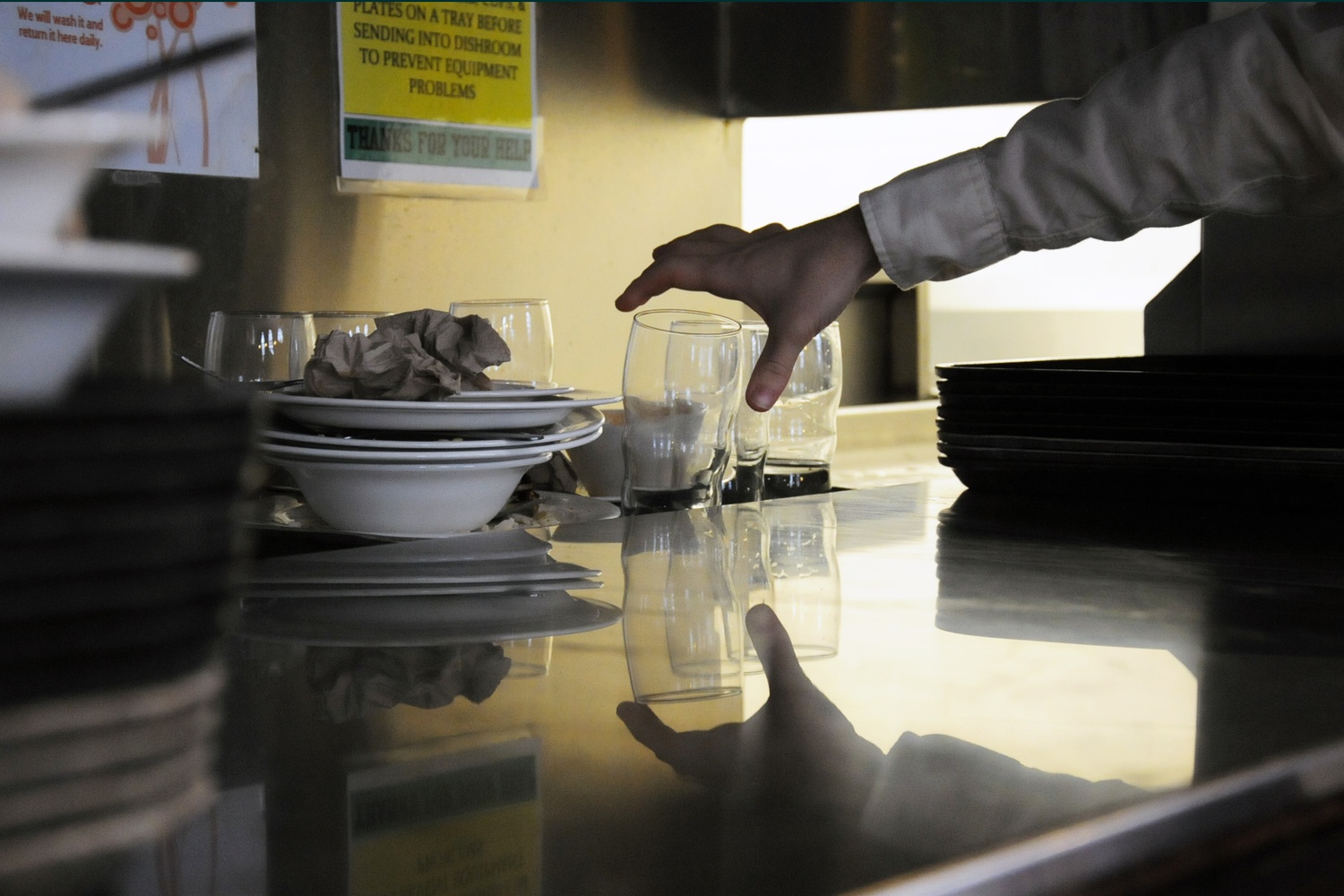 A student places a glass onto the dish return in Adams's dining hall. After a broken pipe interfered with the dining hall’s disher washers, Adams residents were left using plastic cutlery for several days this week. By Isabel G. Alexander

The smell, which was detectable throughout the dining hall, Adams’ Gold Room common space, the library, and at least one of the undergraduate entryways, stemmed from a pipe that broke in the dining hall dish room last Friday, Harvard University Dining Services spokesperson Crista Martin wrote in an emailed statement.

The dining hall remained open during repairs, although the dish room was closed and students used disposable plates and cutlery in the meantime.

“Because of its location, we had to close the dining hall dish room while the break was excavated, the pipe repaired, and the floor and tiling replaced,” Martin wrote.

Co-social chair of Adams House Committee Anna T. Wechsler ’18 said the source of the odor, which she described as smelling like trash, initially was a mystery.

“People were a little taken aback and confused by why there was this awful smell hanging about,” Wechsler said. “It persisted for a few days before anyone really knew what was going on.”

Adams House resident Mike Skerrett ’18 said he chose to eat elsewhere on campus until the smell was removed.

“I think I had one meal in the dining hall when it was smelling badly and then I decided to eat in Quincy the rest of the time,” he said.

Some students expressed frustration over the Adams House email list at what they said was a lack of updates from House administrators.

“Most people had an idea it was being worked on, they just didn’t know exactly what was going on,” Singh said. “That’s what initiated my email, to see if they could inform us a bit more.”

Co-master of Adams House Sean Palfrey responded to Singh’s email confirming that the odor posed no health risk. Administrators continued to send updates over the weekend on the repair progress and suggested alternate study spaces.

Singh noted that some students were not as bothered by the odor as others.

“Most people were okay. They kind of got used to it,” Singh said. “It’s kind of based on people’s tolerance levels. I heard people complain about it and a lot of the time it was mainly jokes.”