Great on Paper’s Eclectic Jazz Not By the Books 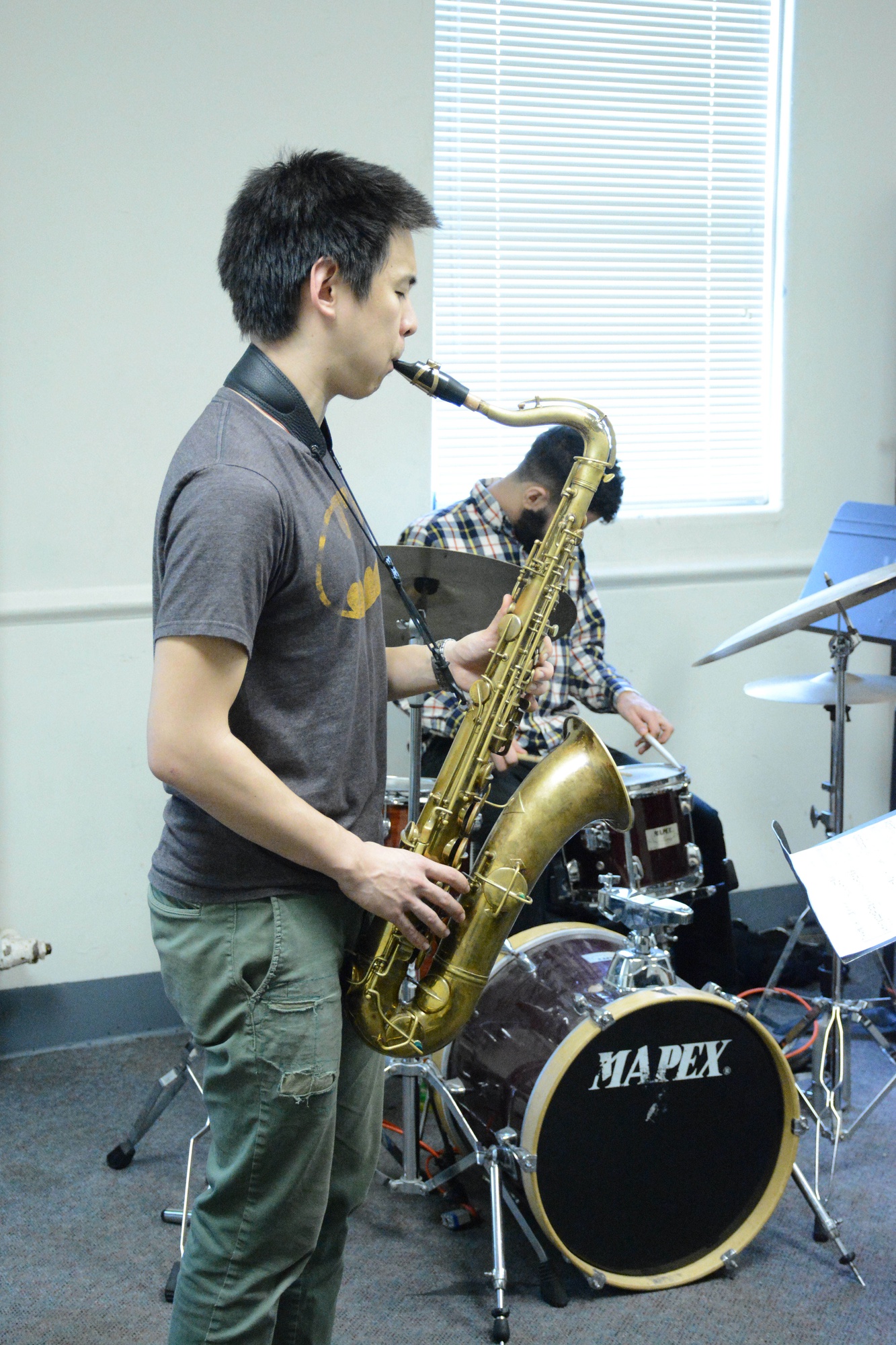 “I just had a lot of laughs in me, man,” Robin Baytas says, his laughter echoing those of his three other bandmates. The four make up Great on Paper, a local band that derives its music from jazz and just released their debut album. The topic currently eliciting their amusement is the rehearsed introduction that they are delivering to the camera. As the band members chuckle, classical music seeps through the walls of a corridor in the New England Conservatory. Despite the orchestra’s considerable volume, the members of Great on Paper continue to capture all attention during the interview with their vibrant dialogue and interactions—a dynamism that carries into their songs.

Great on Paper discusses their music and their debut album before a rehearsal at the New England Conservatory of Music.

Great on Paper is a self-described “improvised four-person party that goes into musical situations without an exit strategy.” The group met each other about five years ago at the NEC when the members first began their partnership by holding informal jams. After auditioning into the NEC Honors Ensemble program in 2013, however, they moved to more serious work as a team, even teaching some masterclasses. While structurally a traditional jazz quartet, the members do not label their music as exclusively jazz, giving little thought to classifications. “I don’t know if we think too much in terms of genre,” saxophonist Kevin Sun ’14, a former FM exec, says. 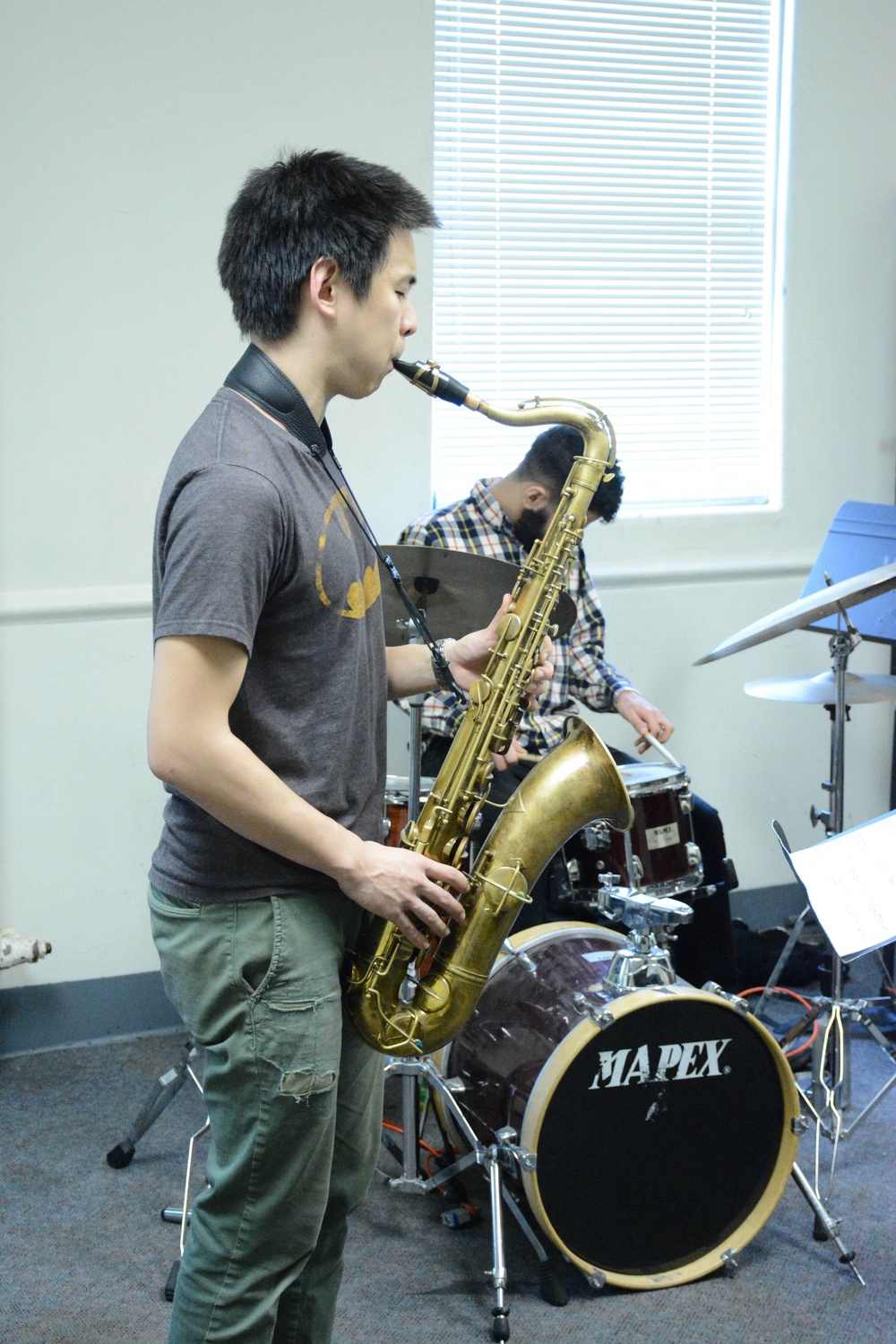 Saxophonist Kevin Sun ’14, a former FM exec, rehearses with Great on Paper at the New England Conservatory of Music on Tuesday, February 2. By Katherine L Borrazzo

The exact nature of this sound is difficult to pinpoint, partly due to the wide range of musical interests held by the individual bandmembers. Willson prefers the older forms of jazz, including bebop and ragtime, while Baytas and Sun like listening to current mainstream jazz. And what makes Great on Paper successful is its ability to use these distinctions to drive its music. “There’s some common ground [musically] for sure,” Baytas says. “But there’s definitely a lot of differences that each person has.... We bring that together, and over time, our friendship and trust in the musical setting allows us to feel more comfortable.

“A good analogy is the idea of democracy,” Willson says. “We do a lot of different things, and depending on who wrote the piece, it’s like venturing in a different world… but we’re all going in the same direction.”

The band’s philosophy regarding music becomes evident when considering their eponymously titled debut album. Recorded in March 2015, the album came together under unconventional circumstances. After receiving a sudden offer from a recording studio, with only three to four days’ notice, the members immediately booked tickets to New York to perform. “We hadn’t really played a gig together since the fall, so we just threw all of this music together, came to the studio, and hit record,” Sun says.

The result is a mishmash of various compositions that speak to the eclectic style of Great on Paper. For instance “Torsion,” described in the digital booklet as a “heraldic melody” that represents “real modern jazz,” epitomizes the band’s investment in creative camaraderie—one in which members build on one another’s quirks and talents for expression. According to Isaac Wilson, the quartet’s pianist and the composer for “Torsion,” he wrote the song with Baytas in mind. “The anchor of the piece is this vamp that Robin really just shines over,” he says. “It’s a bass figure that has a lot of chords in it, and there’s a drum solo at the end…. Every time we play, [the song] can be an explosion of drumming.”

And then there is the band’s rendition of “I Hear a Rhapsody,” an addition as unexpected as the album’s formulation itself. As the story goes, with some time left in the recording studio, the members suddenly started performing the song. It was an impromptu occurrence, the origins of which remain unknown.

“Did you call it?” Sun asks Wilson.

Wilson responds, “Who called it?” 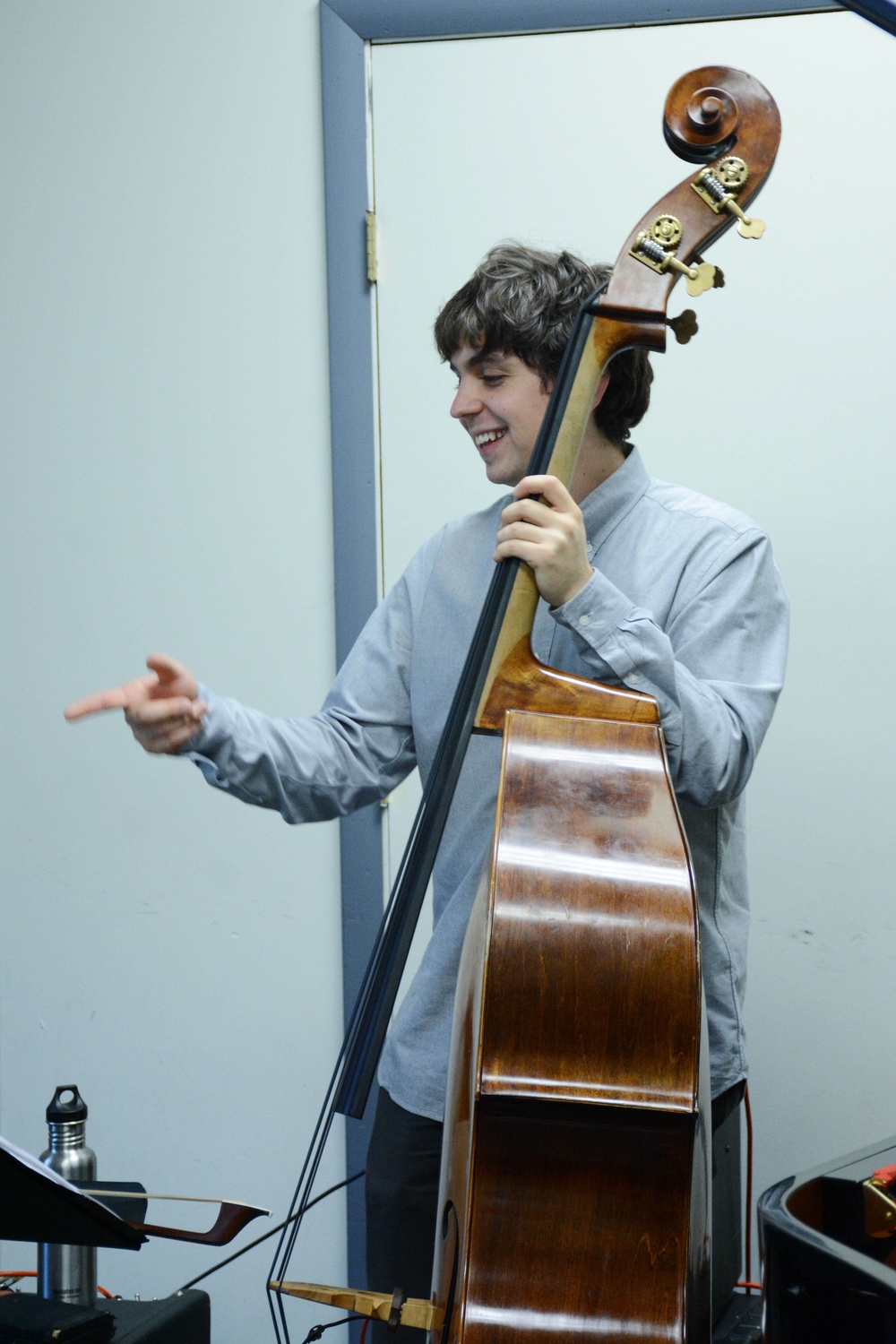 Bassist Simón Willson rehearses with Great on Paper at the New England Conservatory of Music on Tuesday, February 2. By Katherine L Borrazzo

Such moments, which abound whenever the band discusses its music, only affirm the spirit that defines Great on Paper. It is a spirit of growth and awareness among the band members—one that favors spontaneity and fosters creative adaptation of the jazz tradition. “What this band is great at is going beyond what is on the page, creating stuff that totally lifts beyond the materials that we originally start with,” Sun says. And as Great on Paper keeps collaborating and producing, it continues to prove itself a new and exciting addition to the Boston jazz scene.

“Great on Paper” was released on Feb. 11 via Endectomorph Music.

—Staff writer Ha D.H. Le can be reached at ha.le@thecrimson.com.