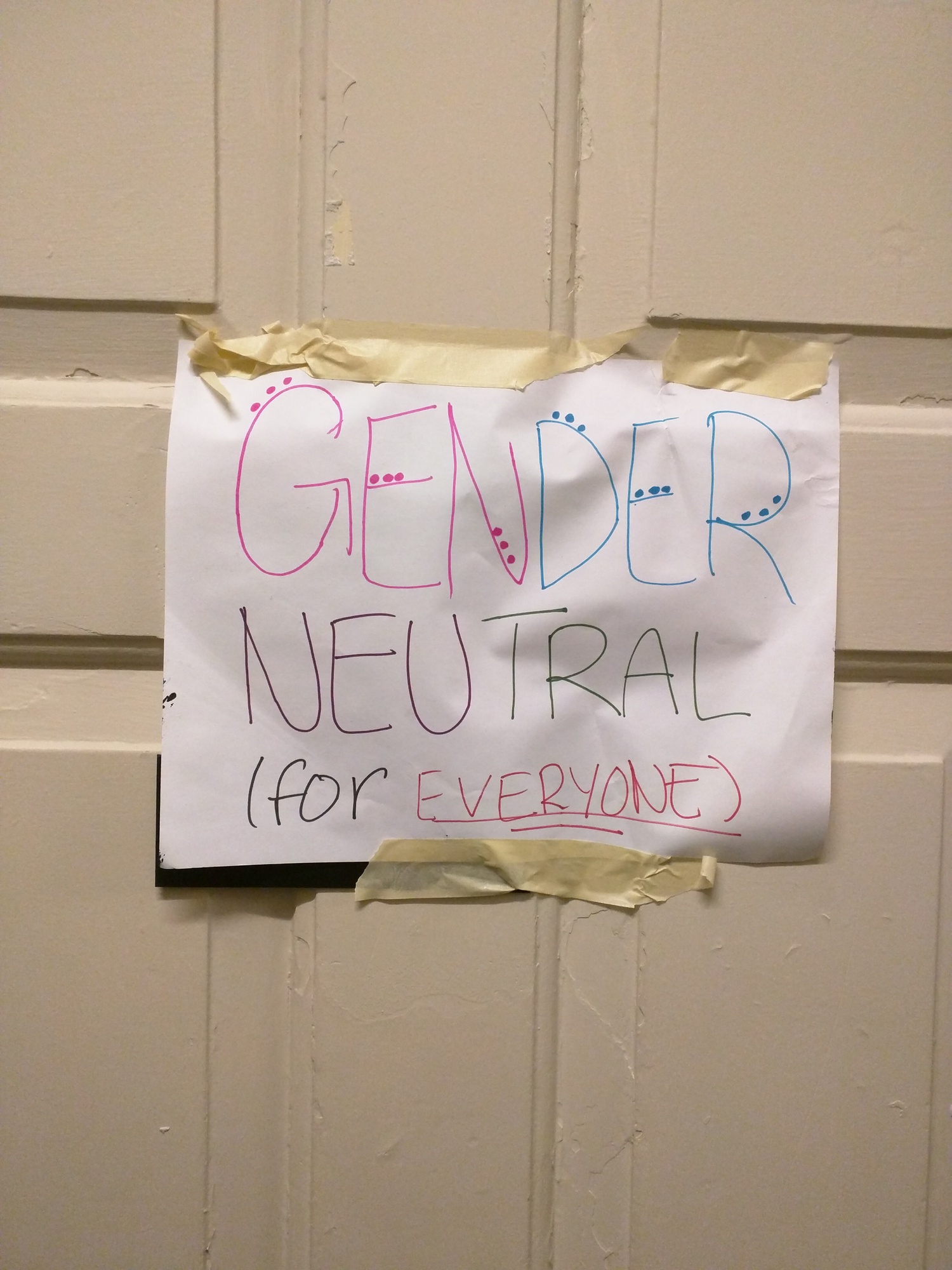 In March, Eliot House residents discovered that the sign on the gender-neutral bathroom near their dining hall had been taken down. Someone had taped up a colored version of the original sign by the end of the day.
By Jessica Min and Ignacio Sabate, Crimson Staff Writers

Eliot House residents who were dismayed by a broken gender-neutral bathroom sign in the House on Wednesday characterized the act as sexist and offensive to students who identify as transgender.

On Wednesday evening, Kara Lessin ’16, an Eliot House resident, posted an image to Facebook of a damaged bathroom sign that had hung on one of the House’s gender-neutral bathrooms. The partially torn down sign, located opposite the Eliot dining hall, revealed the word “men” painted in black underneath.

After Lessin posted the image on Facebook, along with a message that characterized the damage to the sign as an instance of “transphobia,” several Eliot residents expressed frustration with the broken sign.

Many details about the event remain unclear; Eliot House Faculty Dean Doug Melton said he was unaware of the incident until Wednesday night. 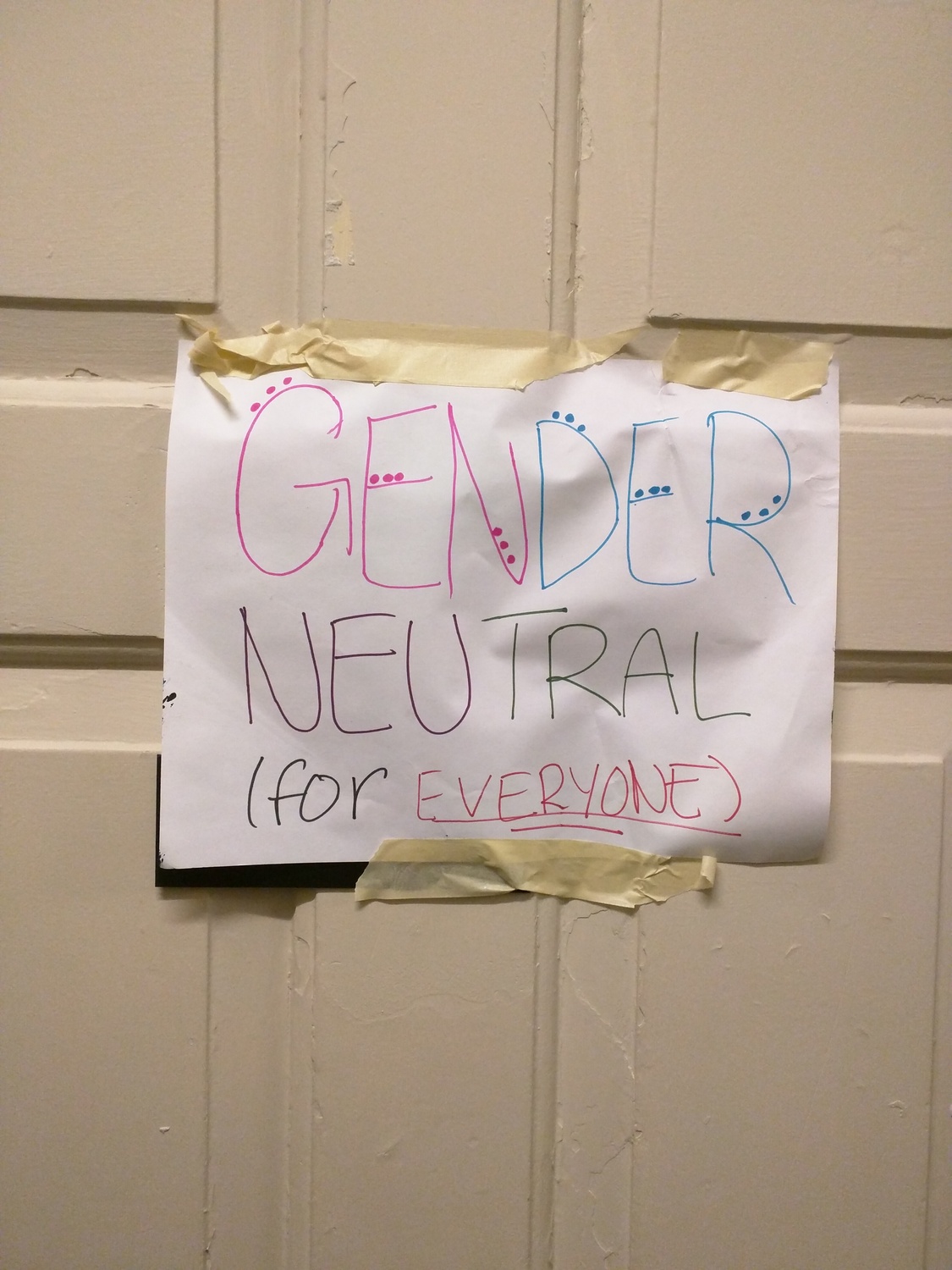 In March, Eliot House residents discovered that the sign on the gender-neutral bathroom near their dining hall had been taken down. Someone had taped up a colored version of the original sign by the end of the day. By Ignacio Sabate

In an email sent to Eliot residents, Eliot House Faculty Dean Gail O’Keefe wrote administrators “are investigating, and can't possibly know the motivation for the vandalism.”

“[T]his kind of vandalism and behavior will not be tolerated,” she added.

Over House email lists, Eliot undergraduates criticized what they called vandalism, arguing that students of all genders should feel comfortable in the gender-neutral bathrooms.

Olivia Campbell ’17, an Eliot House resident, said she was disappointed that the sign had been broken because the bathrooms were free for everyone to use.

“It just seems really rude and disrespectful, especially since we live in a community where everyone is really sensitive about how other people define their gender,” Campbell said.

Powell Eddins ’16 said the bathrooms promoted gender inclusivity on campus, particularly for students who do not feel comfortable in single-gender spaces.

By Wednesday evening, the broken sign was covered with a makeshift page that read “Gender Neutral (for everyone)” in colorful text.

Due to an editing error, a previous version of the caption of the photo that accompanies this article inaccurately described the defacement of the bathroom sign.