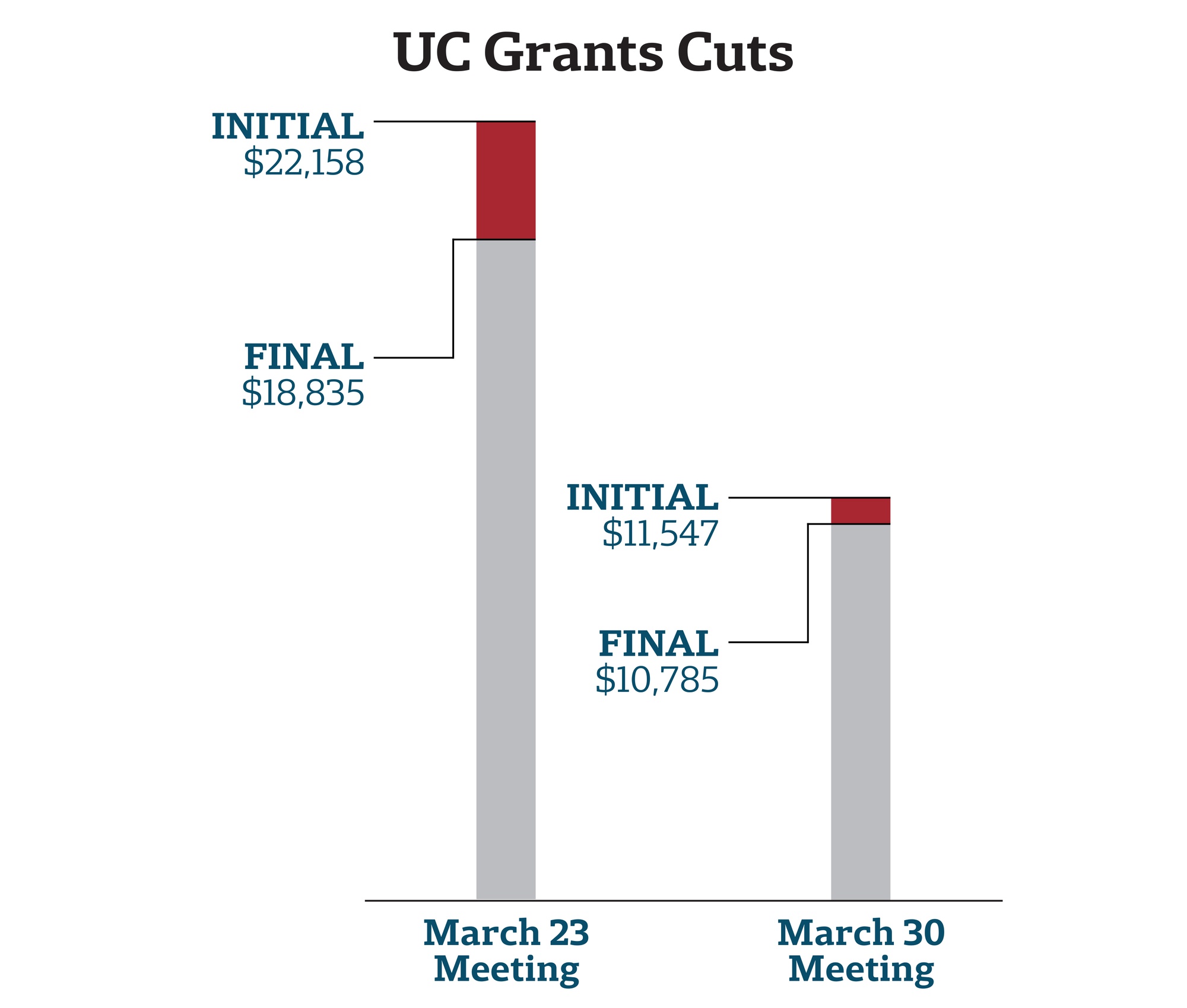 It was a busy night for the Undergraduate Council’s Finance Committee.

During their weekly meeting Wednesday, the committee issued grants pack cuts for the second consecutive week, created new incentives for student organizations that collaborate with each other, and handled the first appeal of a grants allocation in about a decade. 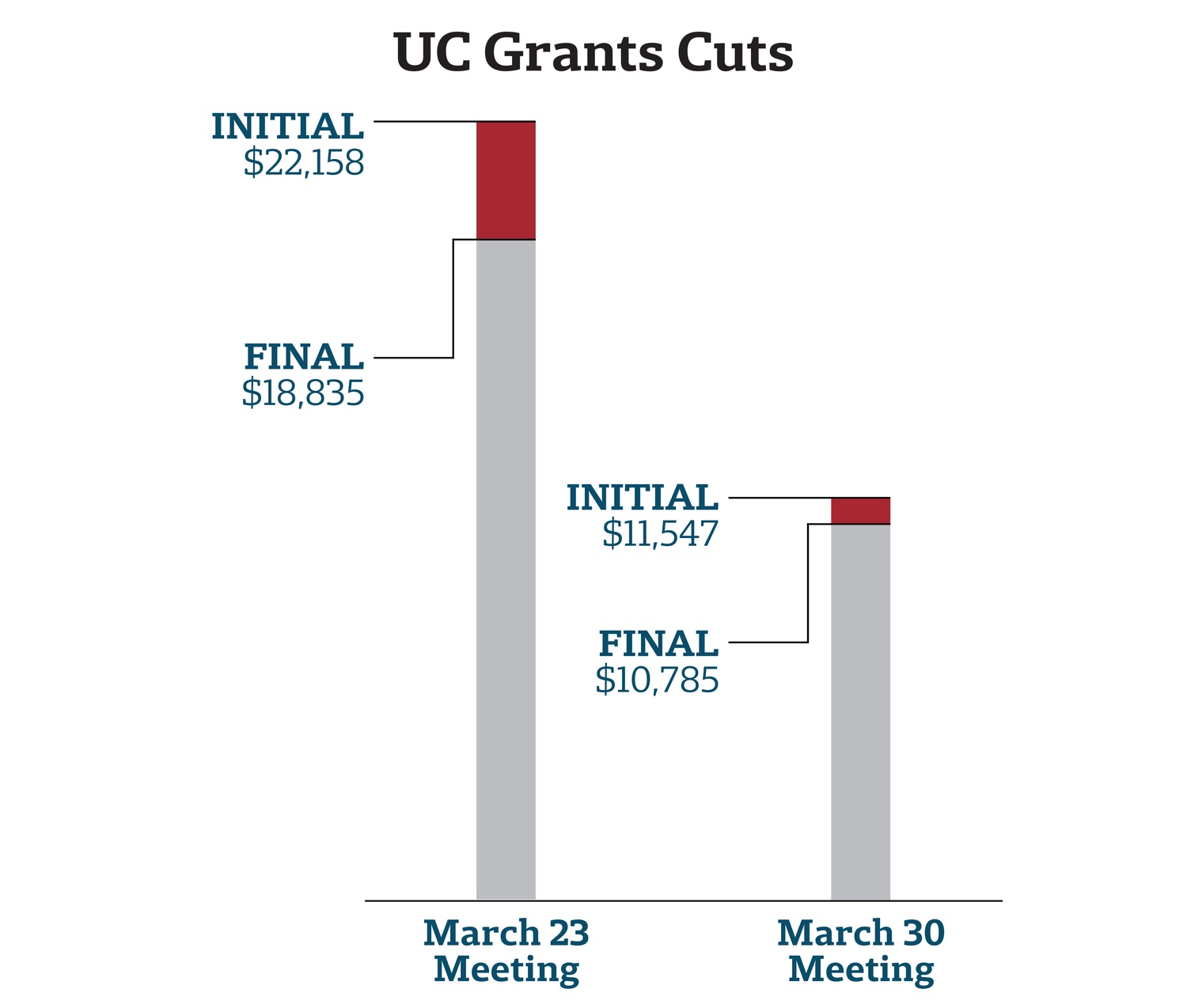 Finance Committee Chair William A. Greenlaw ’17 attributed the large increase in funding requests to a communications reform legislation that the committee passed earlier this month in response to a controversial theater funding policy. Many students criticized the policy and said it was indicative of a lack of communication between the UC and the student body.

As part of the reform, Greenlaw added 232 club treasurers and more than 500 presidents to a centralized email list to inform them of the UC’s funding policies. The Finance Committee has seen a sharp uptick in funding requests—the body received 65 requests this week, compared to an average of 38 per week before the policy was passed—according to Greenlaw.

“We do have to make cuts on the regular now,” Greenlaw said.

In addition to voting to increase transportation funding at the meeting, the committee also passed a “Club Collaboration Bonus” legislation to encourage student organizations to host events together.

“Campus is over-programmed,” Greenlaw said. “The number of people that people expect to come to events cannot possibly actually be true. And we are consequently spending a significant amount of money on events that are sparsely attended.”

Under the legislation, student organizations that collaborate on an event will be immune from any cuts that the committee is forced to make. Greenlaw said he hopes to eventually introduce an additional bonus on top of existing funding that collaborating organizations may receive.

While the legislation passed unanimously, some committee members raised concerns about the enforcement of the new program.

“The only thing I’m concerned about is that it’s so hard for us to screen,” Finance Committee Secretary Taylor P. Li ’18 said.

After five consecutive semesters, “not a single organization has invoked the Community Building Grant,” Greenlaw said.

Greenlaw says that his collaboration grant legislation is a “reinvented” form of Singer’s grant.

The original “Bridging and Belonging Grant,” established in 2014 but later rebranded as the “Grant for an Open Harvard College” under current UC President Shaiba Rather ’17, also encouraged student groups to host events together. The original grant was “woefully underutilized in five consecutive semesters,” according to legislation the UC passed this semester.

The Finance Committee also had to dust off its appeals process after a organization formally contested a previous grant allocation, the first time this type of allocation has been appealed in about a decade.

Over the past two weeks, the Harvard College Soulfood Christian Fellowship requested a $1,183 large venue grant and a $833 standard grant for their “More than Music Concert.” The committee awarded the group a total of $850.

Edem M. Fagbolagun ’17, the group’s Finance Chair, appealed the decision Wednesday and asked the UC to reconsider. After deliberation, the UC’s Finance Committee determined that the group’s request for funding a headliner for their concert did not warrant additional funding, and ultimately voted against considering the appeal.

Fagbolagun did not respond to request for comment. Greenlaw recused himself from the deliberations due to a conflict of interest.

The entire UC must vote on all Finance Committee funding allocations every week, meaning the Council is permitted to, by a majority vote, overrule or modify the funding allotment for the Soulfood Christian Fellowship.