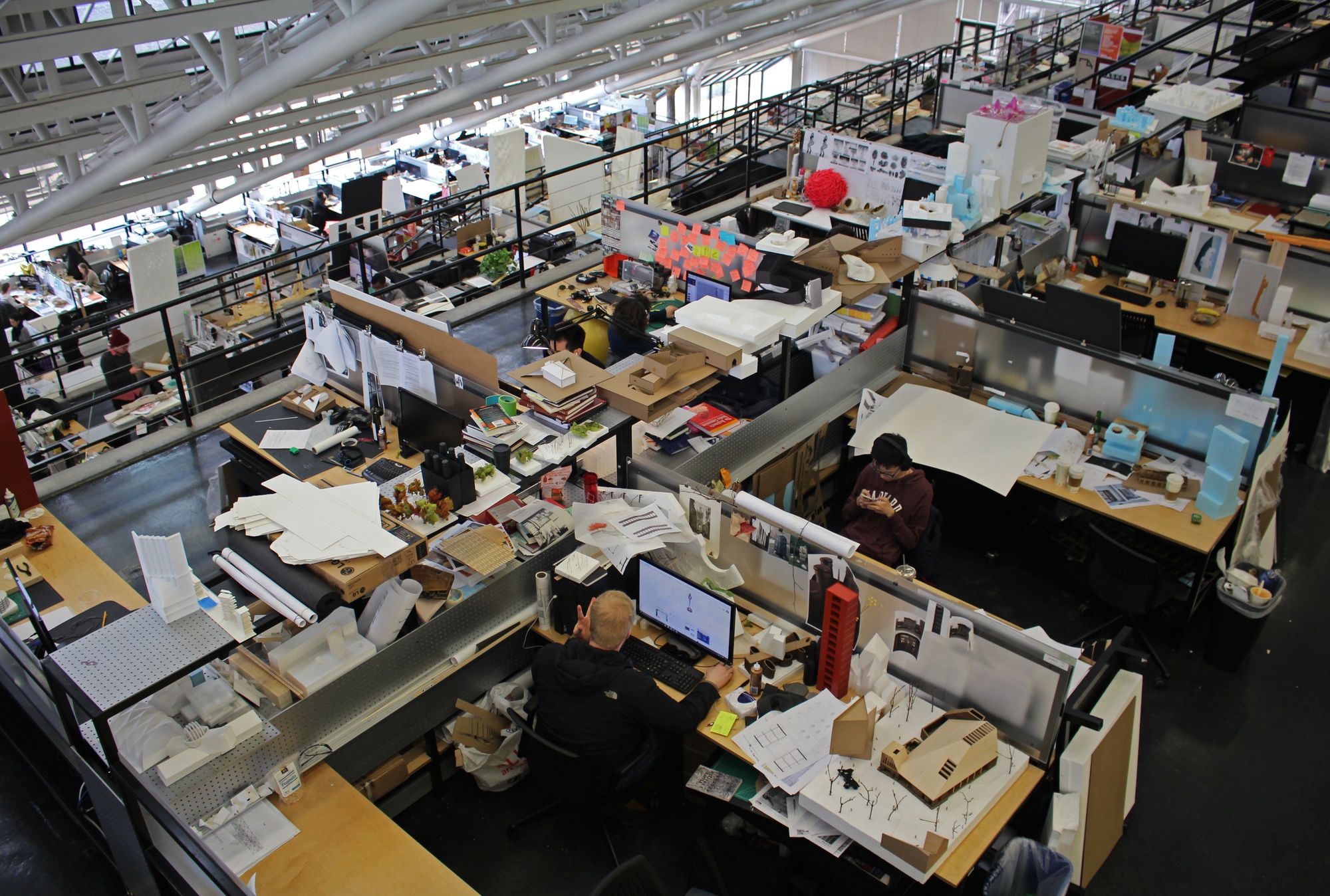 500 studio students work in the “heart” of Gund Hall, an open space consisting of four floors called trays. Desks of students in similar fields are grouped together to encourage collaboration, and professors often come to each student’s desk to critique their work.
By Theo C. Lebryk, Crimson Staff Writer

Though Harvard has surpassed its $6.5 billion public campaign goal, the Graduate School of Design is still $22 million away from reaching its individual benchmark.

The GSD has raised $88 million out of the $110 million goal, according to co-campaign chair Philip L. Harrison ’86. Of this $88 million, $69 million came from the campaign’s quiet phase while $19 million has been raised since the campaign went public in September 2014. 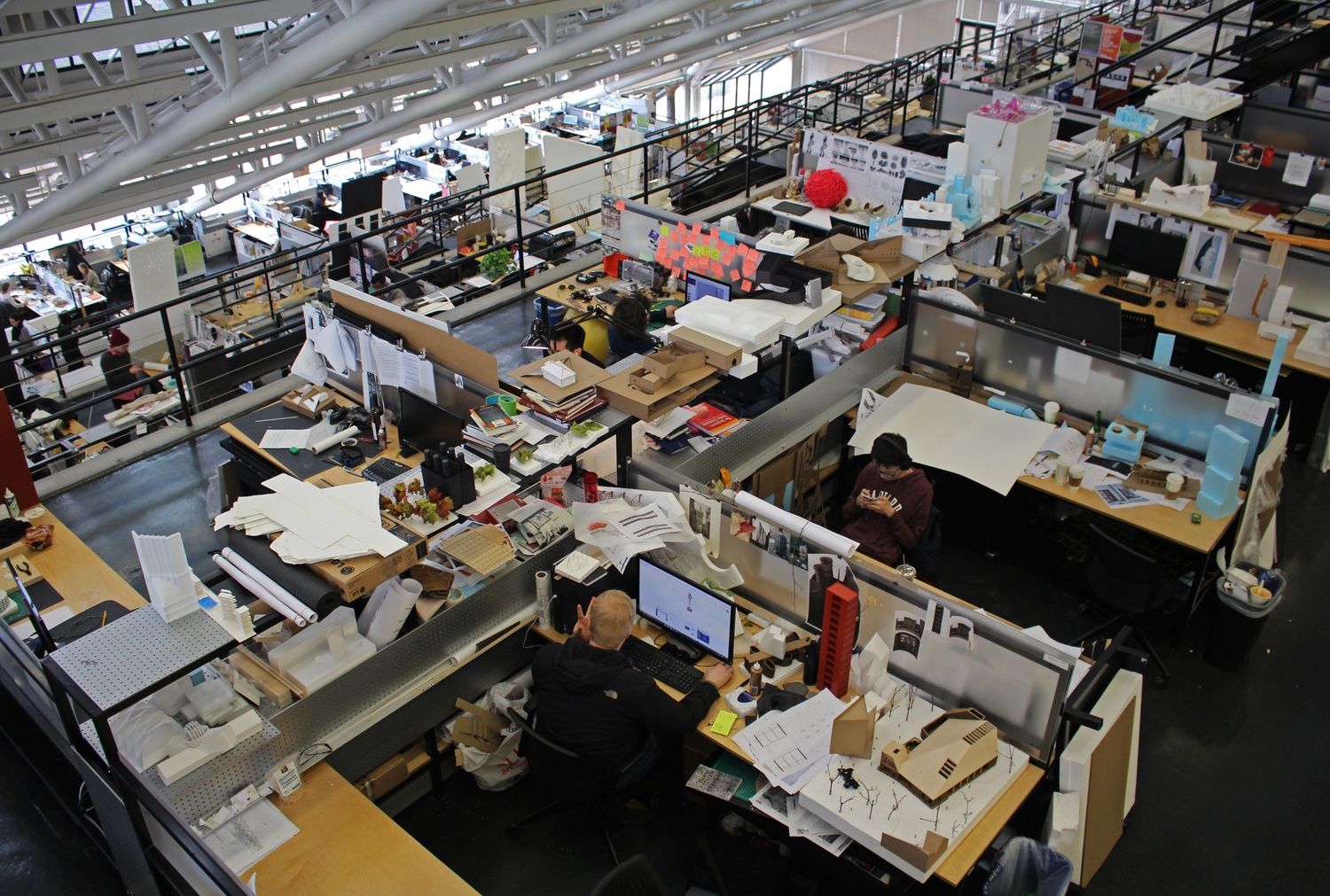 500 studio students work in the “heart” of Gund Hall, an open space consisting of four floors called trays. Desks of students in similar fields are grouped together to encourage collaboration, and professors often come to each student’s desk to critique their work. By Hayoung Hwang

At a reception at the school Wednesday, alumnus and donor Bart Voorsanger said the GSD is comparatively less wealthy than other Harvard schools.

In an interview after the event, Harrison reiterated Voorsanger’s remarks.

“The GSD is absolutely not a rich school. We are living in a 45-year-old building that's not been really renovated in that time,” he said. “We don’t have enough space to teach what we are teaching. Our students are graduating with more debt than they should. This school is a little bit of an anomaly within Harvard.”

The GSD’s public phase to its campaign started out slow. In its first half year, the school roughly raised roughly $1 million. The current figure means that the school has raised about $18 million in the past year.

Still, the GSD is 80 percent of the way to its goal. Harrison attributed the campaign’s lag behind other schools to relatively lower salaries in the design field. To compensate, the campaign has needed to solicit funds from people outside the GSD community.

“One of the paradigms of this campaign is to connect with people from outside the design professions,” he said. “ We can’t just go to our graduates and say, ‘give us a lot of money.’”

The other co-director for the GSD and a substantial donor is John K. F. Irving ’83, who does not have a GSD degree to his name.

Even though the GSD may have relatively limited finances compared to the whole of the University, Harrison said it still is at the forefront of design education as a whole.

“I think we can be a key part of transforming the industry and actually ultimately making the world a better place,” Harrison said.

The GSD campaign focuses on expanding four areas: research, financial aid, facilities, and overall school capacity. Some areas like research more easily elicit financial donations, Harrison said. He added, however, that the facilities priority still requires a “major push” to obtain the funds necessary to implement renovations the the school has planned for its infrastructure.