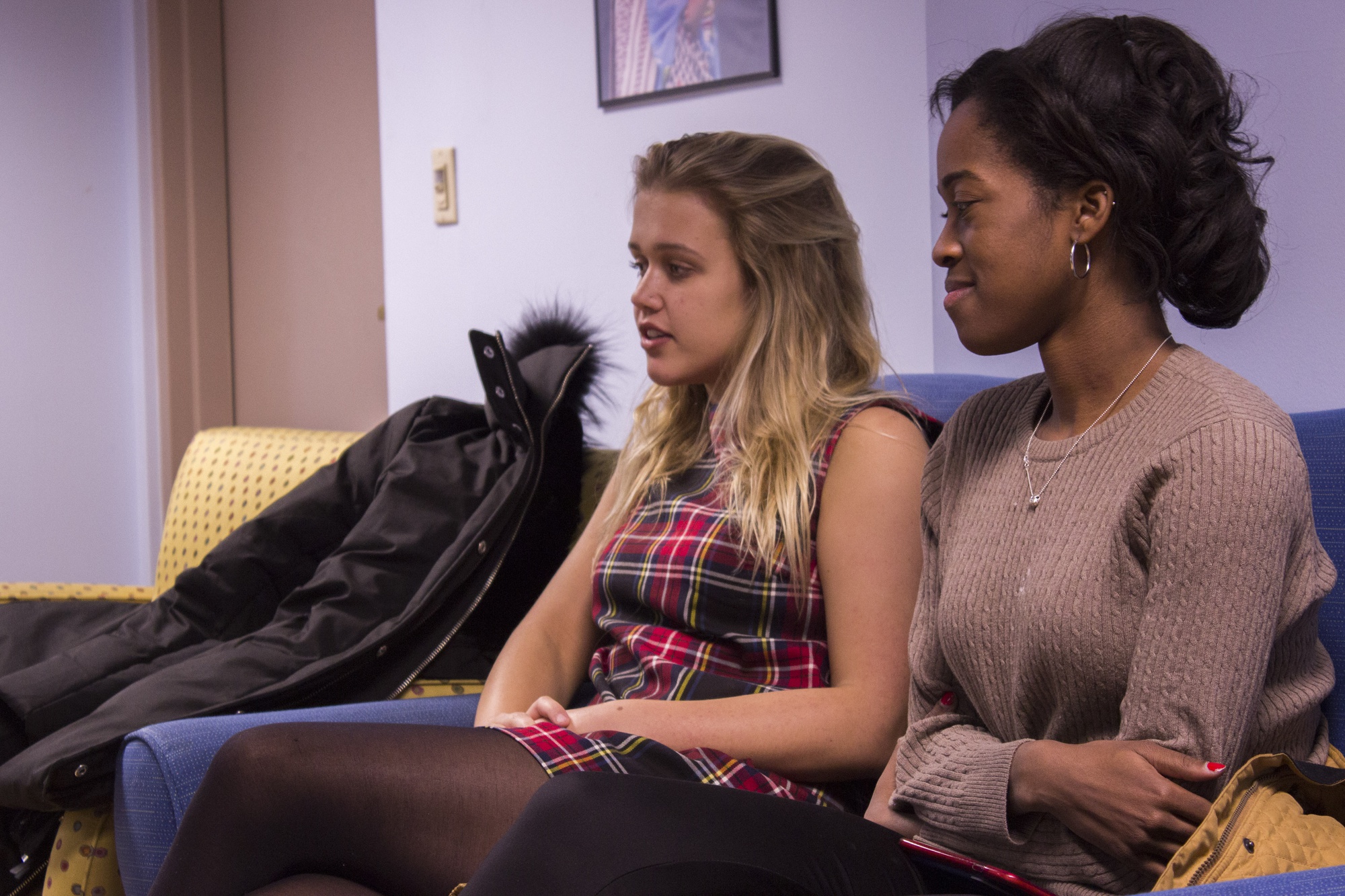 As co-chairs of the freshman formal, Franci Van Rhyn ‘19 and Jamie A. Hawkins ‘19 anticipate higher attendance at the dance than in the previous year. This will be the second consecutive year that the freshman formal will be held on campus, rather than at a hotel.
By María J. Sada and Renwick M. Wilson, Contributing Writers

Preparations are underway for the freshman formal, an annual dance for the freshman class, which will be held this year under the Science Center Plaza tent on the semester’s last day of classes, April 27.

For the past few months, the First Year Social Committee has been working “tirelessly” with the Freshman Dean’s Office in order to put the event together, Torey E. Martin, the FDO's fellow for First-Year Programs, said.

This will be the second year in a row that the freshman formal will be held on campus, rather than at a hotel in the Boston area. According to Martin, following last year’s success, the organizing committee opted to host the event on campus. Holding the formal under the Science Center Plaza tent makes the event not only logistically easier, but also more accessible to students who no longer need to go through the hassle of navigating the T or ordering Ubers.

“We are hoping that students find that this year’s dance will be equally as successful, if not more successful, that it becomes a tradition to have it on campus,” Martin said. “It’s very special to have it under the tent.”

Jamie A. Hawkins ’19, co-chair of the freshman formal, anticipates participation for this year’s dance will be even greater than last year. 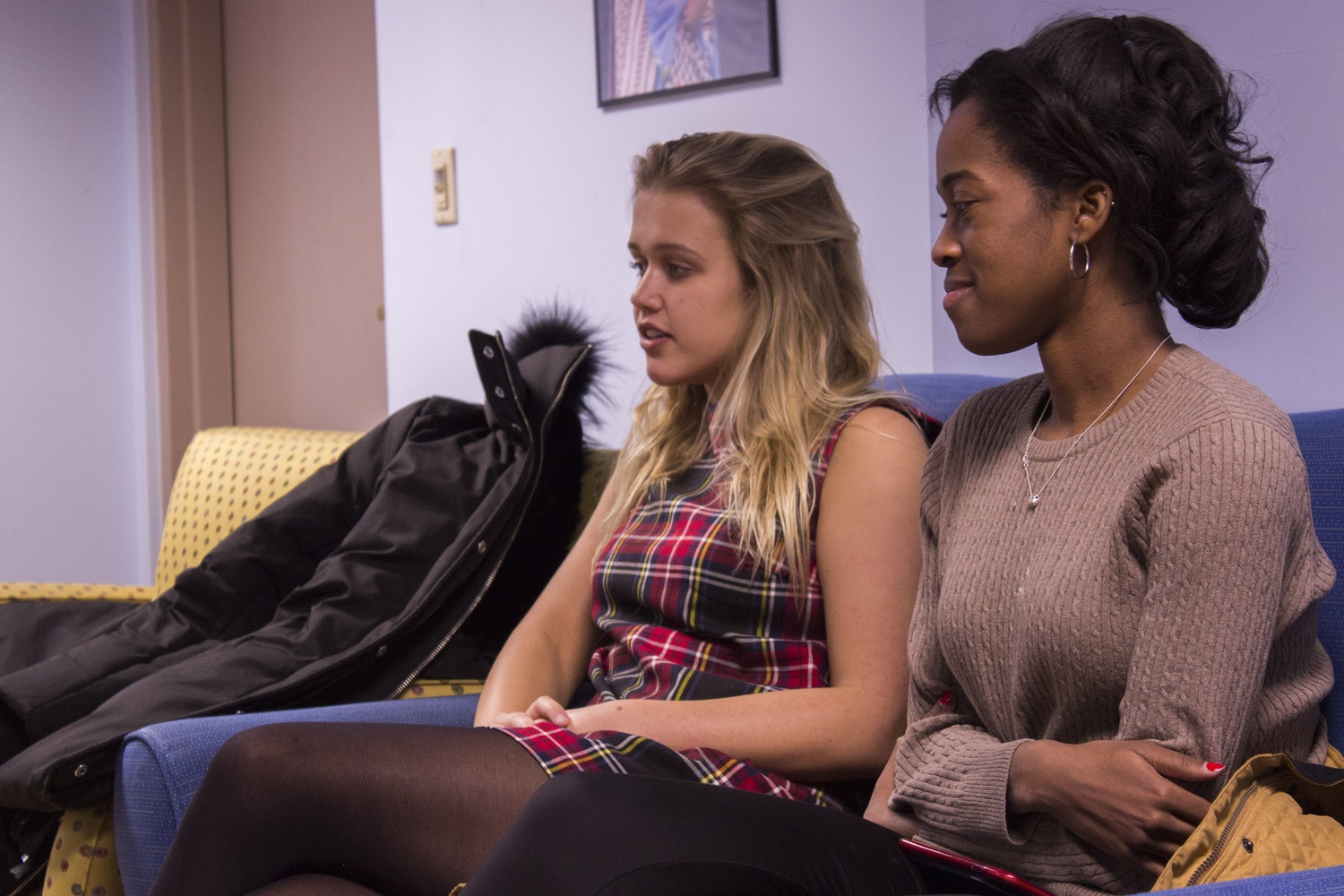 As co-chairs of the freshman formal, Franci Van Rhyn ‘19 and Jamie A. Hawkins ‘19 anticipate higher attendance at the dance than in the previous year. This will be the second consecutive year that the freshman formal will be held on campus, rather than at a hotel. By Thomas W. Franck

“I think [participation] will go up because a lot of people last year were skeptical about having it on campus, much less in the Science Center tent,” Hawkins said. “But when they found out how cool it was and how amazing it was, people really came out.”

Two years ago, freshman formal was held at the Seaport Boston Hotel. The hotel staff called an early end to the event because of liability concerns related to intoxicated students.

This year’s dance will have a woodlands-type theme, with white drapery and soft lighting to set the ambiance, Martin said. The anticipated 1,200 attendees will be able to enjoy a formal dinner at Annenberg Dining Hall first and then head out to the tent for a DJ and food.

“Students are encouraged to get out their finest gear and come out and enjoy the evening,” Martin said.

Furthermore, Martin said the organizing committee has prioritized safety. As such, they have been in constant contact with HUPD and Securitas to “make sure the night goes smoothly for everyone.”

Franci Van Rhyn ’19, co-chair of the freshman formal, advised that students should pick up their tickets early.

“Last year, just before the formal, there were really long lines in front of the box office. It was definitely a last minute craze,” Van Rhyn said.

Tickets are available online and at the box office, which has moved to Farkas Hall following construction on the Smith Campus Center.