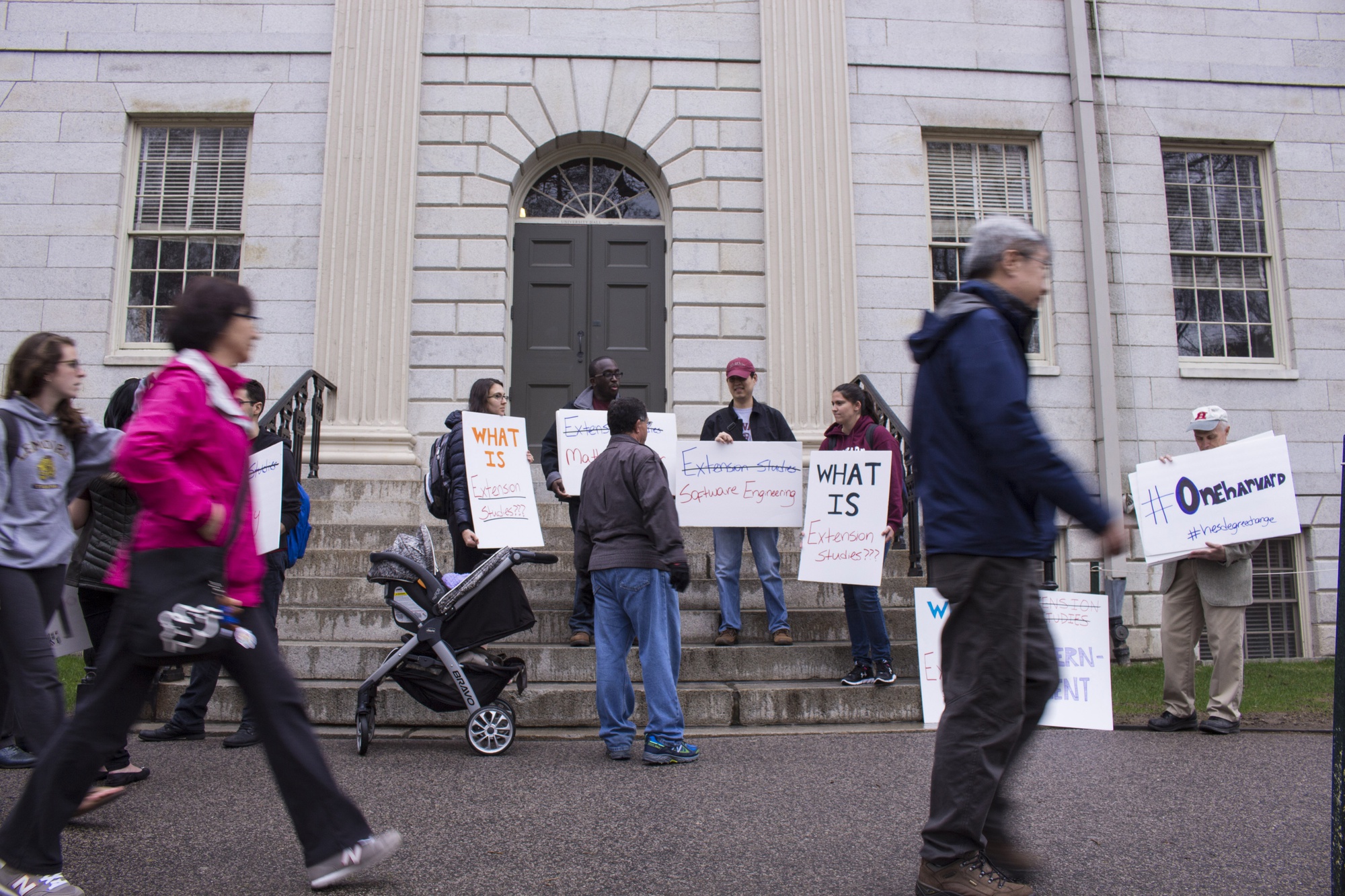 A small crowd of students from Harvard Extension School gathered on the steps of University Hall Saturday afternoon to protest the degree name that will appear on each of their diplomas, arguing for a certificate more representative of their experience at the school.

The Extension School, Harvard’s division of continuing education, currently grants Bachelor’s and Master’s degrees in “Extension Studies” to all of its graduates, regardless of their academic concentrations. The Harvard Extension Degree Change Initiative, the student-led group that organized Saturday’s rally, called for the Extension School to award diplomas that better reflect the academic programs that students complete. 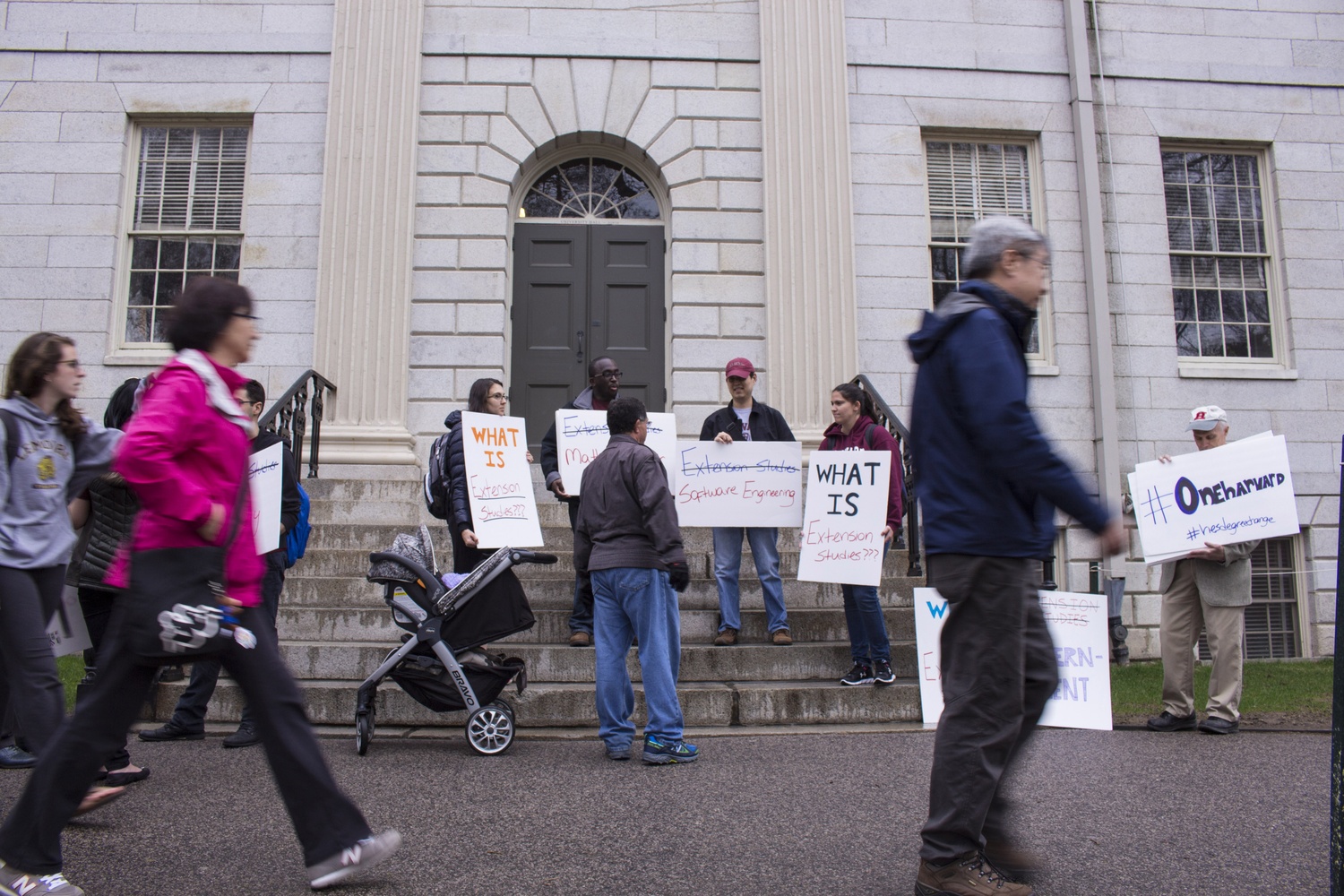 “People feel like their experience is diminished and not dignified, that the work they have done is not reflected in the diploma,” Stephanie Martins, chair of the Degree Change Initiative, said. “It’s also a problem in the professional world, when you apply for a job and you have a degree in ‘Extension Studies’—the Office of Career Services has to have a workshop on how to present your degree in a way that makes sense.”

At the rally, about 15 students from the Boston area and beyond held signs featuring the names of their own concentrations, such as “International Relations” or “Mathematics,” written beneath the crossed-out phrase “Extension Studies.” Some students held posters that read, “What is Extension Studies?” and “Board of Overseers: Hello From the Other Side.”

“I want the Extension School to be one of 12 [degree-granting schools at Harvard], not a second-class school,” David W. Montgomery, a student who traveled from Vermont for the rally, said.

“It’s really just a class-based distinction between people who can pay for expensive tuition and people who can’t,” Matthew J. Bach, a Master’s degree candidate at the Extension School, said.

The Harvard Extension Degree Change initiative has worked closely with Huntington D. Lambert, dean of Harvard’s Division of Continuing Education who overseers the Extension School. According to Martins, Lambert has worked to get an appointment with University President Drew G. Faust, but has been unable to meet with the Board of Overseers about the issue. At a town hall meeting, Lambert said the degrees granted by the Extension School are “inconsistent with what the programs actually are,” but acknowledged that changing the name is “going to take time.”

“Harvard is very comfortable with us being the Extension School,” Lambert said. “We’re going to look at how we go about changing the names of the degrees, but I’ve decided that we’ll also look at how we can bring real meaning to what our degrees are called.”