You’ve probably heard Fifth Harmony’s “Work from Home” more than a few times by now. It’s popular. It has a beat! (And a catchy one at that.) But this song was written by women. And it’s the 21st century… women can multitask now. Yup, “Work from Home” has some pretty damn decent lyrics too. The tune contains words aplenty—97 of which happen to be identical (“work”). But this repetition in fact only serves to bolster the song’s intended takeaway: a call to neo-feminism.

Verifying this theory, the recently released video for “Work from Home” brings women to the forefront of the workplace. The premise of the song is that a female singer is imploring her love interest (whose perspective is later represented by Ty Dolla $ign) to leave work and come home. “Work” effectively serves as a gendered double entendre of sorts. Men can do real work, whereas women can do home “work.” Make sense?

Returning to the video, we see Fifth Harmony highlighting these concepts of ninth wave feminism, gender spheres, sexual stereotyping, etc. The whole scene takes place on a construction site—blazingly hot from the looks of it!—full of men in hard hats with bulging muscles. The women of Fifth Harmony appear on set as well. Beneath their stunningly tousled tresses, they wear construction chic leotards that are about as appropriate for manual labor, as, well, women. But the futility of their clothing proves irrelevant; luckily the women’s role on this construction site is simply to dance on bulldozers and just generally distract the guys.

Is this a metaphor for life? Hard to tell. Luckily, the rest of the album, “7/27,” will be released next month with maybe more answers. But for now, the new “Work From Home” video just brushes the surface of many culturally relevant and intellectually mystifying issues, such as the hidden sex appeal of construction sites and the cute-looking distraction that is womanhood. 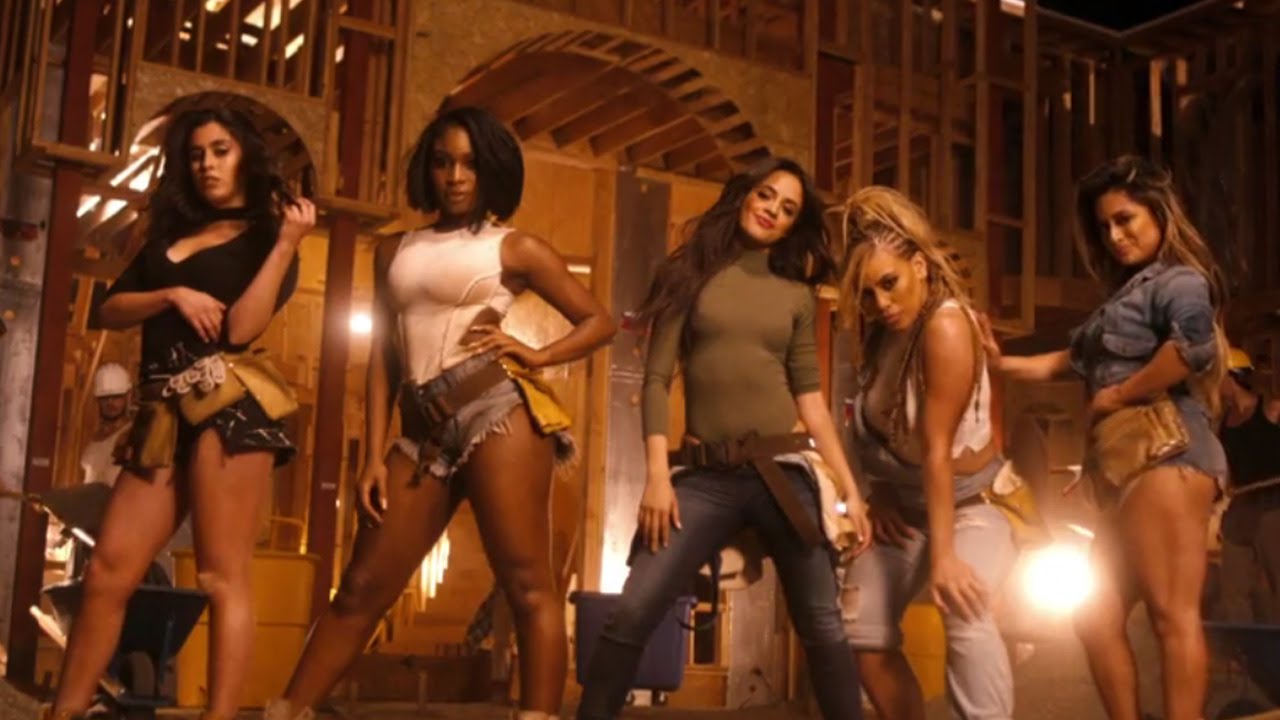