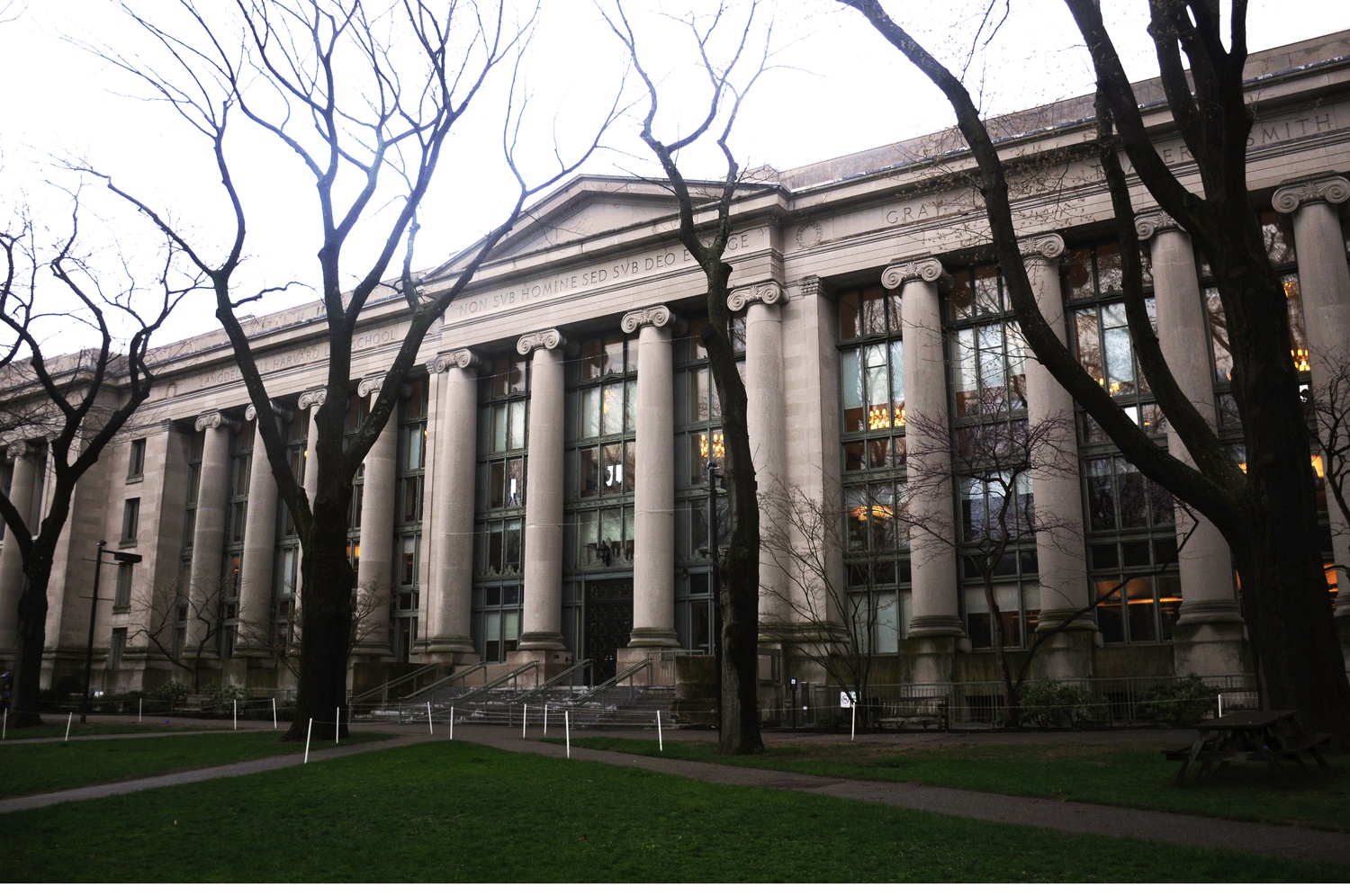 When a Harvard Law School student asked a visiting Israeli dignitary why she was “smelly” at a public event, it generated widespread controversy and renewed an intense debate over free speech on campus.

The student—whose name was initially concealed, but has since been identified as third-year Palestinian Law student Husam El-Qoulaq—directed the question to former Israeli foreign minister Tzipi Livni at an event on April 14. Many called the remark anti-Semitic, and it provoked swift condemnation by Law School Dean Martha L. Minow, the Jewish Law Students Association, the president of the Middle East Law Students Association, Israeli publications, and Jewish affinity groups at the University of Pennsylvania and Harvard Business School.

El-Qoulaq said his words were not intended to be anti-Semitic. “It just felt very surreal watching people in that room treat her [Livni] as an authority on peace. The conversation had already gotten so absurd, I figured I would just add a little of my own nonsense,” he said. “I obviously regret it. I had no idea my words could be interpreted the way they have.”

He published an anonymous apology in the Harvard Law Record, and several Jewish students and alumni later penned a letter in his defense. But discussion of the incident did not end there—it had already sparked a robust debate about accountability and free speech.

The Record initially refrained from publishing El-Qoulaq’s name, and removed comments identifying him. Law School administrators also declined to share his name, citing “privacy considerations,” and edited his comment out of a video of the event the event’s hosts posted online.

Still, the Record received a flurry of online criticism for its decision to grant anonymity, including letters to the editor by alumni, demanding that it publish the student’s name so he could be held accountable. Administrators, meanwhile, faced criticism from students for removing the offending clip from the video.

“The administration making a decision to edit it out… sets a bad precedent,” second-year Law student Brandon A. Levey said. “We can have a discussion about what the comment meant, actions that should be taken, but editing it out shows that the administration doesn’t trust us to take responsibility for our actions.”

After online comments repeatedly referred to El-Qoulaq by name, El-Qoulaq decided to allow the Record to publish his identity. Discussions about consequences he should face and how administrators should respond reinvigorated broader arguments about free speech on campus and whether speech deemed offensive deserves protection.

The debate came to a head in early April, when activists with the group Reclaim Harvard Law confronted dissenting student William H. Barlow over his right to put up posters denouncing their movement in the Caspersen Center student lounge. Administrators affirmed Barlow’s right to do so, and designated the lounge as a de facto “free speech zone” where all students could express their views.

El-Qoulaq’s comment, however, has generated more vocal backlash than Barlow’s posters did. “It is hate speech. It is offensive. It is wrong,” members of the Jewish Law Students Association wrote of the remark. “A statement like this denigrates our school and our shared purpose, and we as a community cannot tolerate it.”

Some alumni publicly called for disciplinary measures against El-Qoulaq, and one suggested that the school prohibit him from attending commencement.

In a message to Law School affiliates last week, Minow condemned El-Qoulaq’s remark as “offensive” while affirming freedom of speech. “The fact that speech is and should be free does not mean that hateful remarks should go unacknowledged or unanswered in a community dedicated to thoughtful discussion of complex issues and questions,” she wrote.

Administrators do, however, perceive a difference between his comment and Barlow’s poster campaign. “The distinction between posting a sign in a lounge (comparing student activists to a presidential candidate) and using an anti-Semitic refrain to disrupt a public academic event seems clear,” Law School Spokesperson Robb London wrote in an email.

Master of Law student Kristen Zornada, however, said she thought Minow’s denunciation highlighted a double standard inherent in administrators’ stance on acceptable speech at the school.

“On the one hand they’re saying free speech, respect for other people’s views no matter how they choose to express it, but if someone is going to express themselves in a way that is stupid or offensive, then they should be condemned,” Zornada said. “The administrators did not seem to react that way to Bill Barlow. Why is it only now that free speech is modulated?”

During the poster controversy, Barlow and El-Qoulaq were members of opposing camps. Despite that fact, Barlow said as a “free speech absolutist,” he believes El-Qoulaq should have the right to make his comment to Livni without fear of administrative penalty.

“It’s very hard to draw the line between hate speech and unpopular speech,” Barlow said. “If you want to say something publicly even if that’s offensive to people, that’s your right.”

In the midst of these debates and initial confusion surrounding El-Qoulaq’s identity, Muslim students at the Law School have received personal threats online, in what Zornada characterized as a “huge wave of Islamophobia and anti-Arab sentiment.”

In a message to students Tuesday evening, Dean of Students Marcia L. Sells appealed to students’ civility, and characterized some of the online comments directed toward Muslim students as “cyber-bullying” and “bigotry.” She wrote that the comments, El-Qoulaq's remark, posed “profound challenges to our sense of community.”

Administrators are in contact with students who have received threatening messages, according to London, and they have helped students protect their identities and personal information online.

A previous version of this article incorrectly indicated that Kristen Zornada was a third-year Law student. In fact, she is enrolled in the Masters of Law program, which lasts one year.