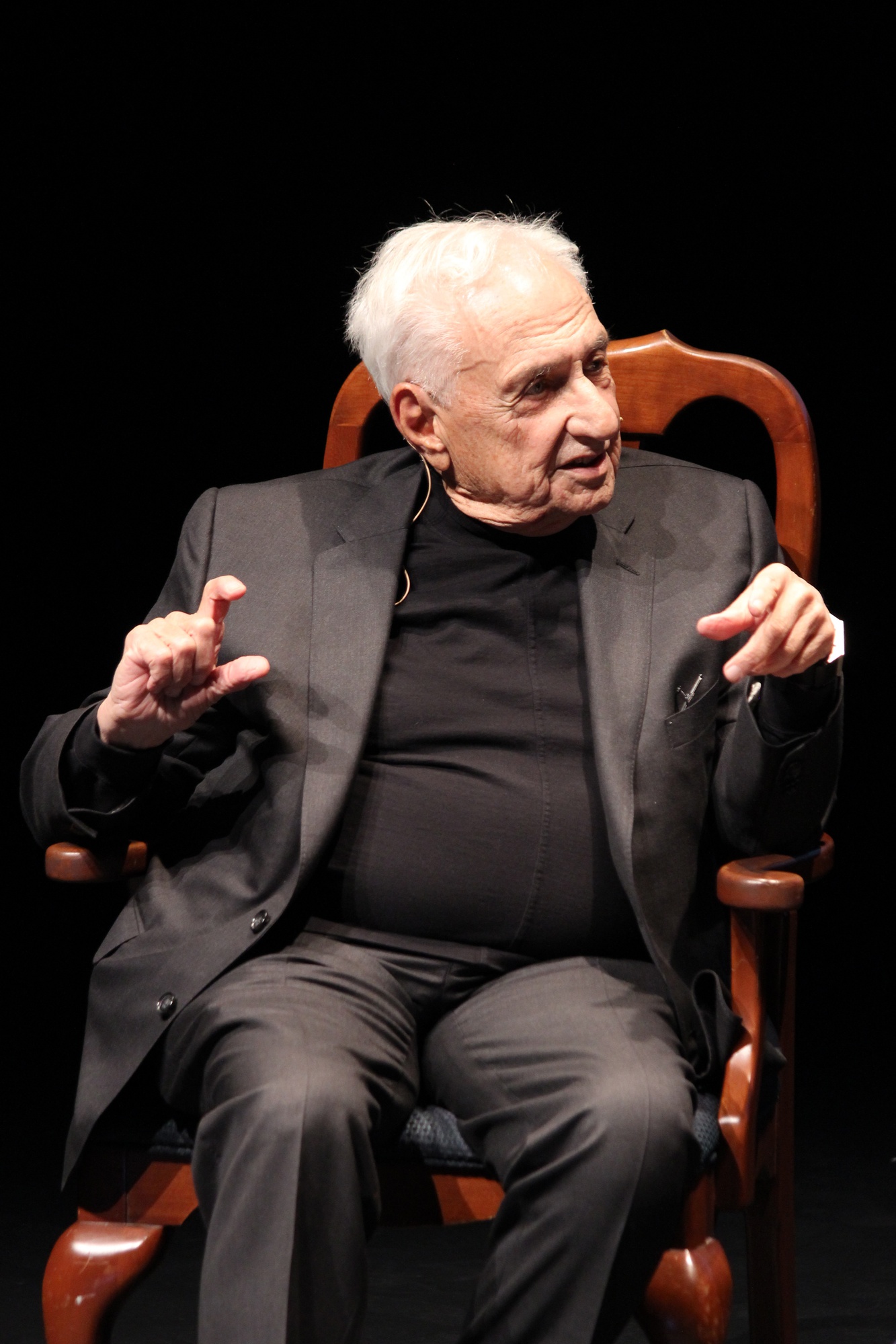 Faust, who called Gehry “a master of space,” praised him for his achievements.

Founded in 1995, the Arts Medal annually recognizes a Harvard alumnus or faculty member who has made significant contributions to the arts or arts education. A committee of faculty, alumni, and administrators works with the Office for the Arts to select the recipient each year. 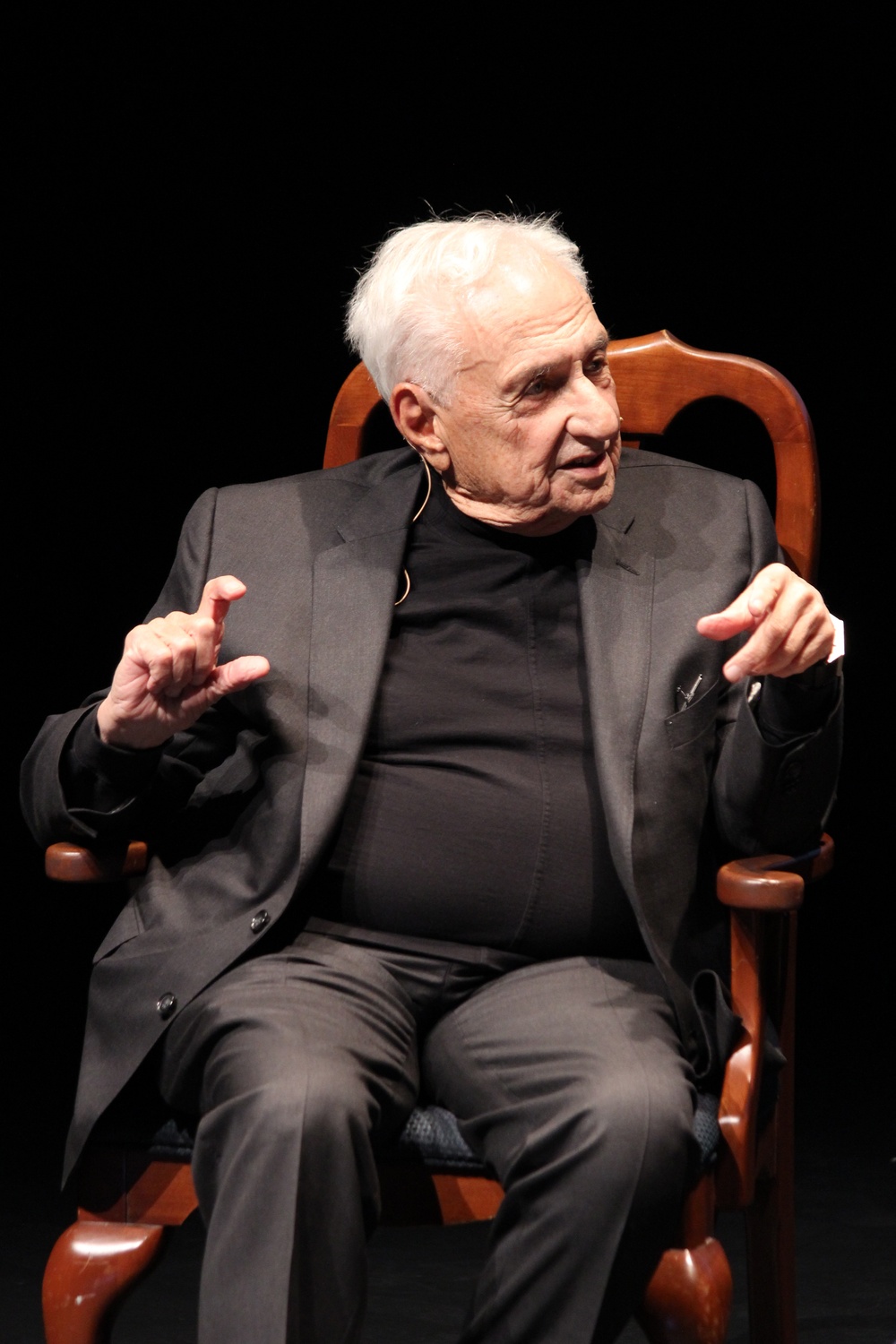 Gehry studied urban planning at the Graduate School of Design in the 1950s. While he did not finish his degree, he received an honorary doctorate in 2000.

The ceremony took place in Farkas Hall and included a conversation moderated by actor John A. Lithgow ’67, who described Gehry as “the most innovative and arguably the best architect working in the field these days.”

Gehry talked about his professional setbacks, including abandoned projects and his frustration about sometimes being unable to be fully involved throughout the whole design and construction process.

“To be an architect, for me, meant from beginning to end you were responsible for every part of the building, which doesn’t happen anymore. I wanted to run the show. I wanted to be the master builder,” Gehry said.

Gehry also discussed how his relationships with artists and new technologies made his design innovations possible.

“I try to put notes together from inert materials to make a feeling,” he said. “I’ve searched for a long time for a way to do this, and I try to express movement as an alternate form of decoration. We have movement all around us and with the computer, I was able to demystify that.”

Toward the end of the event, Gehry encouraged new architects to be persistent in the field.

“I think you have to stay the course. There’s no formula, just to be yourself and to not give up,” he said.

While there was not large student attendance at the event, students who did attend lauded Gehry.

“He’s such an influential figure not only in the architectural world but in the general art world. He educates people about space in the general world,” Ana J. Novak, a Graduate School of Education student, said.

The ceremony marks the start of Arts First, the annual visual and performing arts festival coordinated by the Office for the Arts. Running through Sunday, the festival will include student-led productions and installations of student artwork.