In some ways, saying Meghan Trainor has had a “roller-coaster career” would betray a misunderstanding of how roller coasters work. She somehow won the Best New Artist Grammy in 2016 despite releasing two massively successful singles in 2014, solidifying her status as “the new person you have to know about now.” With her most recent single, “NO,” marking her fifth consecutive top-15 hit, her trajectory appears to be relentlessly upward, more reminiscent of Voyager 2 than the Millennium Force.

But for feminists, Trainor has built her career on the familiar sensation of soaring to delightful heights only to plunge, seconds later, to gut-wrenching depths. The chorus of her breakthrough “All About That Bass” implores women, “Don’t worry about your size”—so far, so good—for the empowering reason that “boys like a little more booty to hold at night.” Critics also alleged thin-shaming and appropriation. Her tracks “Dear Future Husband” and “Title” drew similar ire: In each case, she essentially says to hold men to high standards, a pretty innocuous message, but haphazardly sets off more established feminist alarm bells along the way that one would think possible given the brevity and repetitiveness of the songs.

So forgive those who spent their first viewing of the music video for “NO,” an anthem for rejecting unwanted male advances, waiting for the other shoe to drop. Happily, this (white and male) reporter found no obvious transgressions on those social justice axes. Trainor basically does the usual lip-sync-and-dance-team music video, perhaps inspired by late-’90s Britney. In the intro, she walks toward the center of an industrial warehouse, each step marked by a nauseatingly loud click of a high heel, as other women sprint dramatically to the scene. They do some pretty solid dance moves. Every once in a while, for some reason, a silhouette on a red background joins the terpsichorean fun. Then, suddenly, everyone’s in fishnets, touching each other. The women on The Crimson Arts Board tell me it’s probably fine—maybe even empowering.

Once we stop worrying that the next lyric out of Trainor’s mouth will be “he’s not entitled to you unless you’re drunk” or something, though, we’re left with the video qua video. It’s definitely a new look for Trainor, whose aesthetic has previously ranged from pastel ’50s to slightly more revealing ’50s: “NO” is industrial, gritty, and sexy. The problem, though, is that “NO,” the song, is not sexy. It’s not just “not sexy”: It’s anti-sexy. It’s about rejecting the male gaze. So why the shots of Trainor on her knees touching her chest, shots so short they almost seem like they’re meant to be subliminal? They’re not objectionable in and of themselves, they’re just so dissonant with the song’s content. Why are they in this particular video? The attempted fierceness makes sense, but Trainor doesn’t really embrace it: At one point, she smiles invitingly at the camera while saying, “You need to let it go.”

The girls all touching each other in fishnets also raise questions when backed by these lyrics. Does it suggest that straight women like Trainor don’t need men because they could always turn lesbian for a bit? Is it another shot meant to amp up the song’s sexuality, just commodifying lesbians yet again for the male gaze? Or are these accusations all just reaching? Maybe I need to let it go. Maybe Trainor got so much closer to making an unambiguously acceptable feminist anthem that we can just hail this as a step forward and enjoy her trying to look like she’s enjoying these dance moves. 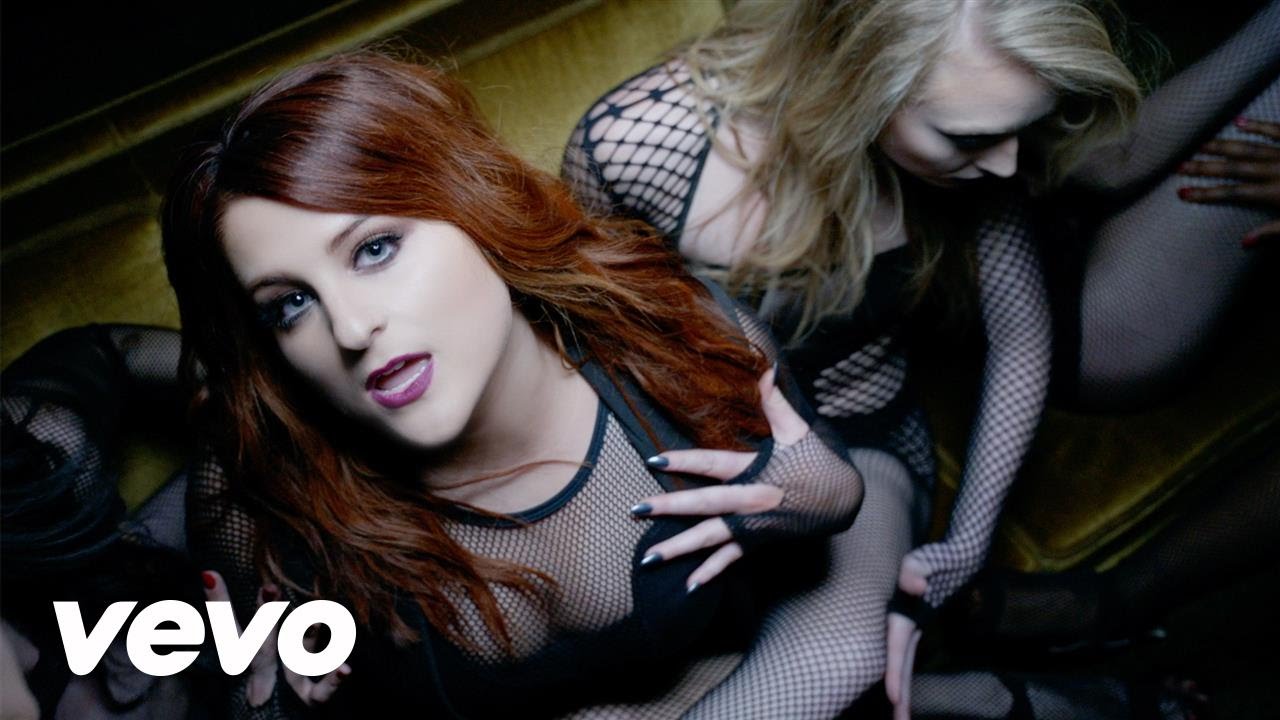