80 Percent of Class of 2020 Admits Plan to Matriculate 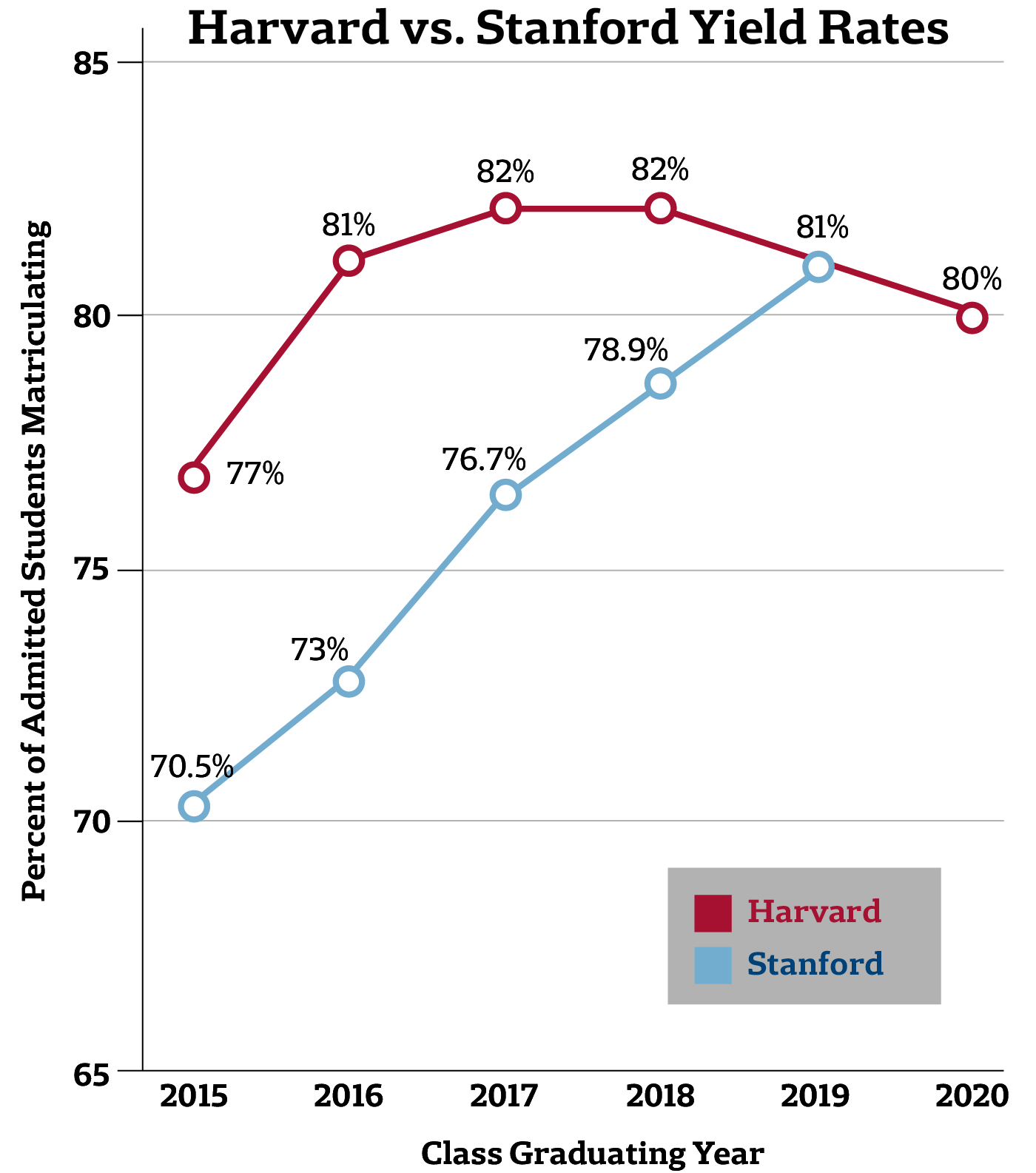 About 80 percent of the students admitted to the Class of 2020 plan to matriculate in the fall—a yield rate comparable to that for the Class of 2019—after Harvard saw a record high number of applicants and a historic low percent acceptance.

While the nearly even gender ratio of the matriculating students also remains consistent with the figures from last year—about 48 percent of incoming students are female—racial demographics have shifted slightly. Of the incoming class, a record high of 22.6 percent are Asian American, compared to 21 percent last year. The College’s admissions practices are currently under scrutiny from both a pending lawsuit spearheaded by an anti-affirmative action group as well as an outside slate of candidates for Harvard’s Board of Overseers. 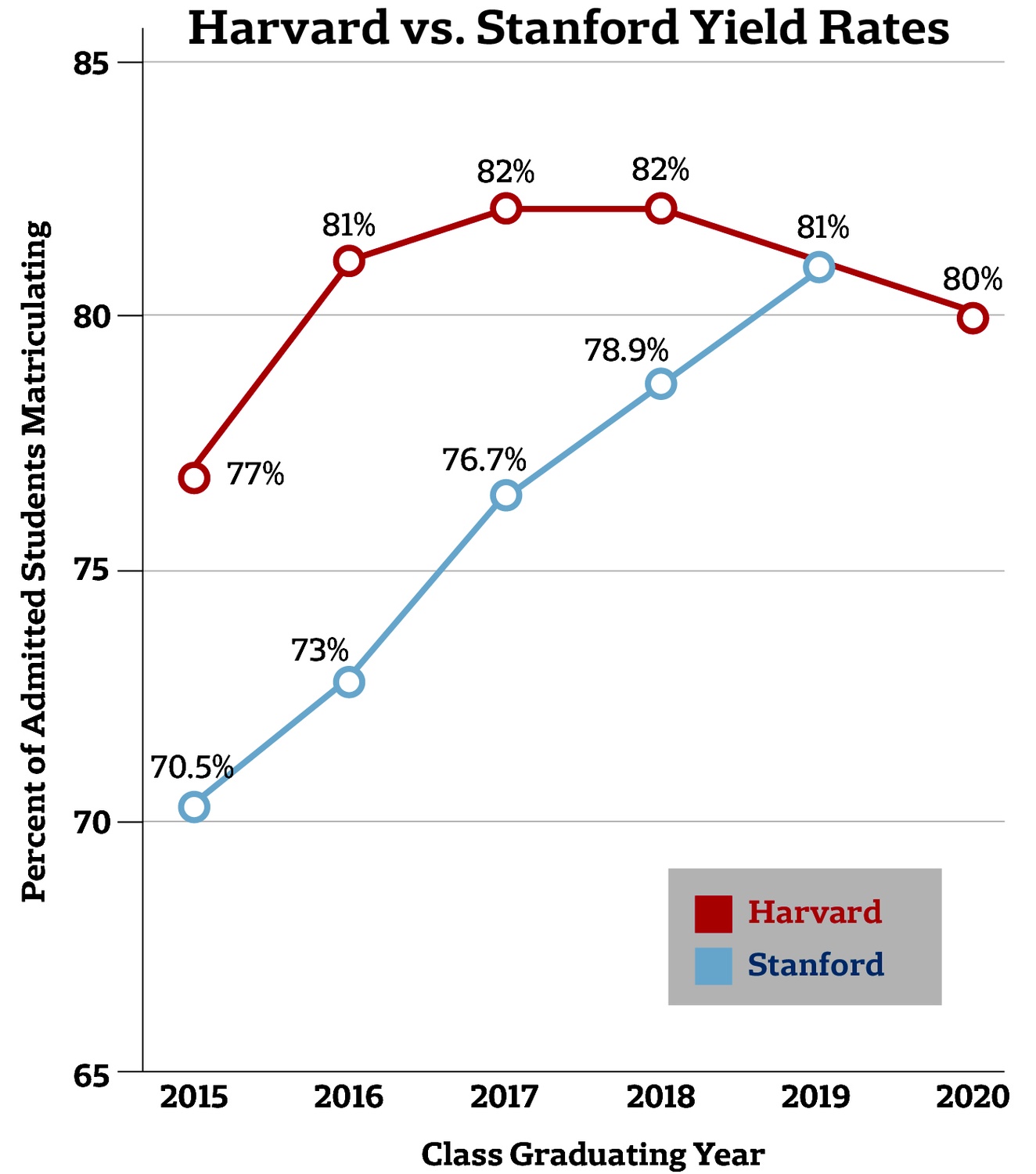 While the Office of Admissions waits for some students to finalize gap year or other deferral plans, they have begun to finalize the first-round of the waitlist. According to an admissions statement released Wednesday, around 40 to 50 students will be admitted from the waitlist for the fall.

In an interview Wednesday, Dean for Admissions and Financial Aid William R. Fitzsimmons ’67 emphasized growth in the percentage of students interested in studying the humanities at Harvard, which he attributed in part to the new Theater, Dance and Media concentration as well as the re-opened Harvard Art Museums. Sixteen-and-a-half percent of matriculating students indicated an interest in studying the humanities, up from about 15 percent the previous year, and 14 percent the year before.

“We’ve had increases at a time when in many public high schools, the humanities are running into difficulties,” Fitzsimmons said. “ Our feeling is that it is incredibly important for Harvard’s position in the world, Harvard’s identity, and Harvard’s core values to double-down on the humanities.”

He also said the admissions office plans to use material from the General Education program, which was recently overhauled, while visiting prospective students this weekend.

“It’s been a big plus for us to be able to talk about how much the faculty has cared about this issue and how much they care about teaching undergraduates. So I expect that as we learn more and more about the details over the next few months, there will be even more interest,” Fitzsimmons said.

More than half of the expected matriculating students will require need-based financial aid, according to the admissions statement. Fitzsimmons said that the exact amount of aid for Class of 2020 is fluctuating as some admitted students are still in the process of applying for financial aid.

For the incoming class, the Office of Financial Aid will pioneer a new start-up grant program that will give $2,000 to any student whose family earns less than $65,000 a year. The grant program will run for a three-year pilot starting in the fall.

“I think of it as a start-up grant, leveling the playing field, quite frankly, for people from modest economic backgrounds,” said Fitzsimmons. “But I think it’s also a chance to explore Harvard fully.”

When asked if recent sanctions on unrecognized single-gender social organizations would affect student interest in Harvard, Fitzsimmons said it was “much too early to tell.”

“It’s really too soon to tell. I can say historically there have been concerns about the issue of exclusivity of various kinds,” he said. Last fall, Fitzsimmons said his office had fielded questions from potential applicants about final clubs, and he said the organizations are “not consistent with the mission of the College.”