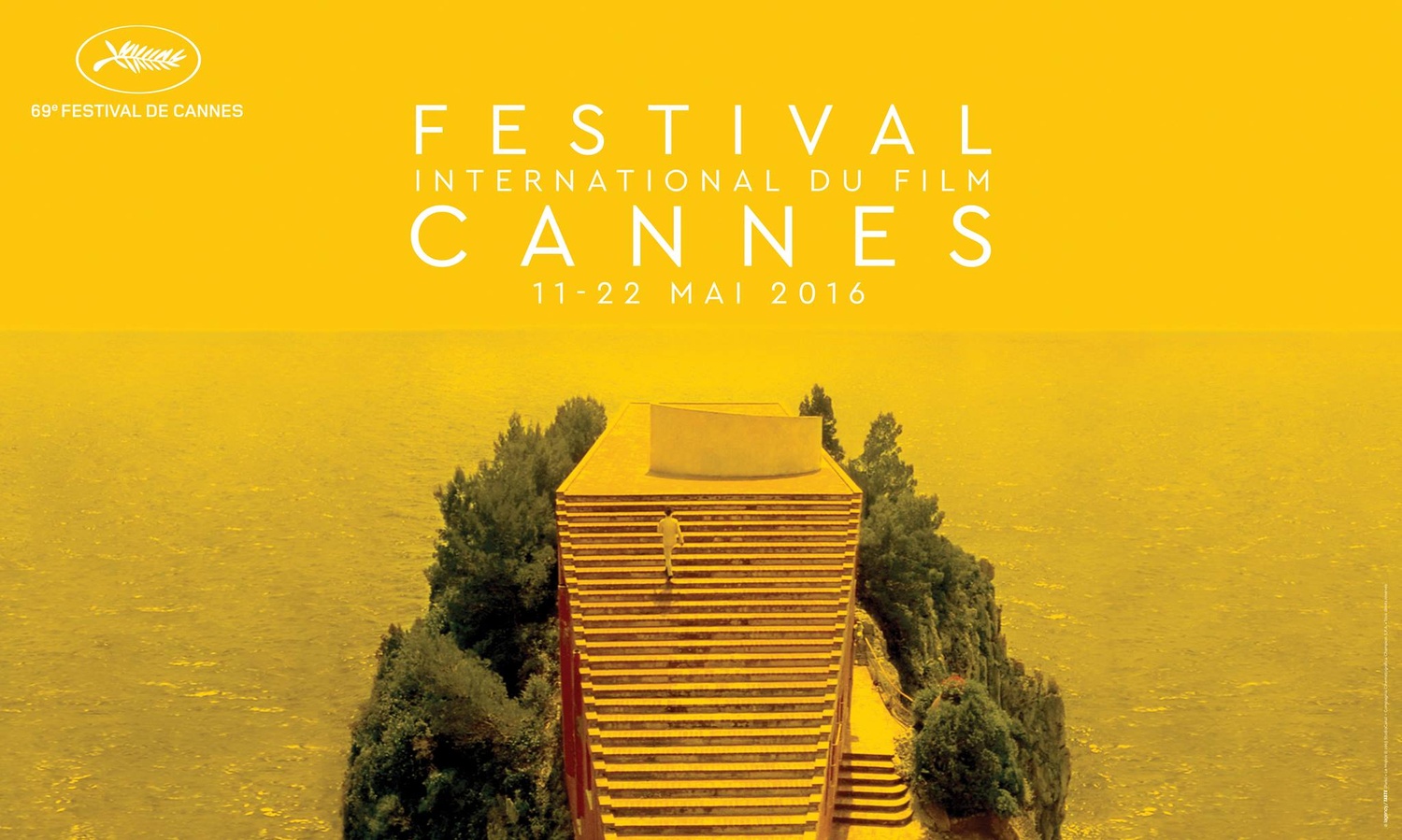 By Courtesy of Festival de Cannes
By Crimson Arts Staff

“Cinema replaces our gaze with a world in harmony with our desire,” says journalist Michel Mourlet—a quote that opens Jean-Luc Godard’s 1963 hit “Le Mépris (Contempt).” Fifty-three years after the film's release, Festival de Cannes pays tribute to the now-classic with a poster remastered from a still in the film, in which Michel Piccoli ascends the stairs to a roof overlooking the sea. If you come to Cannes now, you'll see this poster hanging triumphantly at the front façade of Le Palais des Festivals, where the festival is held. To its left are the stairs leading to Grand Théâtre Lumière, the biggest theatre in Le Palais, covered by the red carpet awaiting the stars. And if you climb all the way up these stairs, you will get a great view of the sea just as Piccoli did. The metaphor is clear: Through cinema we ascend to that “world in harmony with our desires,” and Cannes declares itself as the very place where this magic happens.

However, Cannes is never only about films. It's also about celebrities showing off the new fashion trends up north in Paris, millionaires hosting wild parties along the beach, businessmen making deals with artists, and actor- and actress-wannabes wandering the streets vying for the attention of producers. This year, The Harvard Crimson has sent two writers—Tianxing V. Lan ’18 and Steven S.K. Hao ’18—to the French Riviera to cover the festival, maintaining a daily blog and reviewing selected movies.