A Trip Down Memory Lane: LSD at Harvard 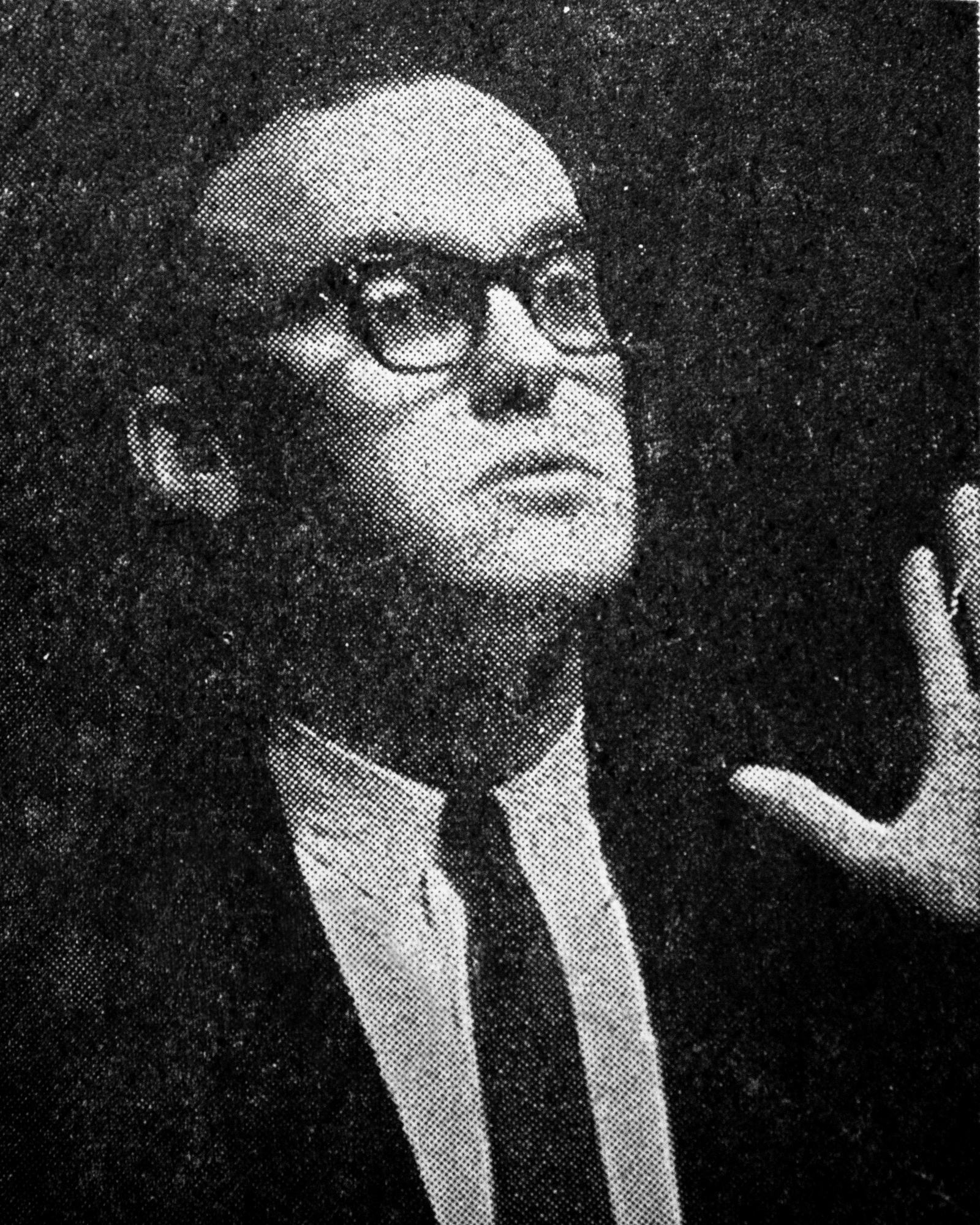 Richard Alpert in the May 28, 1963 issue of The Harvard Crimson following the Harvard Corporation’s decision to terminate his appointment.
By Nathaniel J. Hiatt, Crimson Staff Writer

Sitting cross-legged in her two-room Cambridge apartment, which also served as the local Psychedelic Information Center, Lisa Bieberman ’63 told the Harvard Crimson, in a 1966 article, “I’d always wanted to have a mystical experience.”

In the article, titled “Local LSD PR-Girl Tells How to Make (And Take) Those Little Sugar Cubes,” Bieberman explains how she had lost interest in finding that experience until one day, while perusing the Crimson, she stumbled across the work of two Harvard figures: psychology professor Richard Alpert and instructor Timothy F. Leary.

In a series of trials between 1960 and 1962, through the Harvard Psilocybin Project, Leary and Alpert—now known as Ram Dass—administered psychedelics, among them LSD, psilocybin, and mescaline, to students with the intent of understanding their effects on people.

“I began to hang around Leary’s office after classes,” Bieberman said, “licking envelopes, tying letters, and running errands. And I faithfully read all the papers [Leary and Alpert] put out.” The next year, the article explains, she became the circulation manager for Leary’s “Psychedelic Review.”

Bieberman, an honors graduate from Radcliffe with a degree in mathematics and philosophy, became, what one article described as, a “disciple of Timothy Leary.” Describing her experience with the psychedelic drugs, Bieberman spoke in spiritual terms.

“It’s hard to explain to people who have not taken the drugs just what these good effects are,” Bieberman said. “But they can give you a new perspective on the way you are living, and an increased sensitivity. You look at life in a completely different way when you’re up and the important thing is to be able to apply this new perspective to your life when you come back down.” 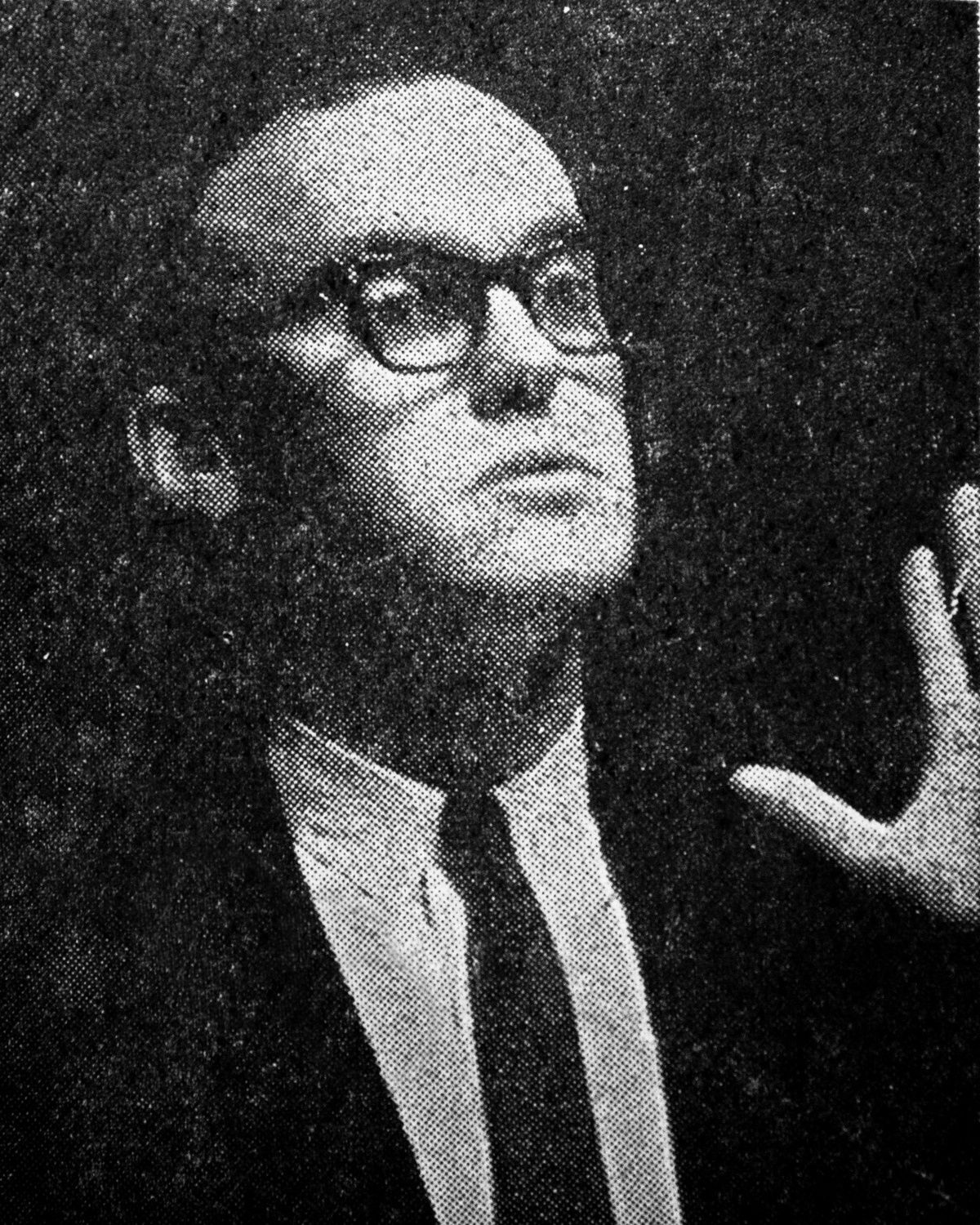 Richard Alpert in the May 28, 1963 issue of The Harvard Crimson following the Harvard Corporation’s decision to terminate his appointment. By Crimson file photo

By 1963, Leary and Alpert no longer had ties to the University; Leary’s contract expired after he abdicated his teaching responsibilities, while Alpert was dismissed for breaking an agreement not to give drugs to undergraduates.

Even though the trials ended when the duo left Cambridge, Leary and Alpert continued to influence Harvard for years to come, sparking debates on the role of psychedelics on campus and helping to bring 1960s drug culture to the forefront of national consciousness.

For Bieberman, who could not be reached for an interview, Leary’s and Alpert’s impact was clear. In a letter to the editor following the 1966 article, Bieberman wrote of her conviction that LSD “can be an aid to spiritual and moral growth to those so motivated.”

One night, Allan Y. Cohen ’61 found himself in the backseat of a car driving back to campus from Boston. At the wheel of the Volvo sat a professor from the Harvard Business School. Suddenly, the professor, in the midst of a psychedelic flashback, took one hand off the steering wheel and began shaking his arm like a whip.

“He said ‘damn horses’ and he had a flashback and he was driving a 12 horse sleigh through the snow covered streets of Cambridge,” Cohen remembered, adding “somehow, we got home.”

For Cohen, who participated in the trials and worked with Leary and Alpert as a graduate student, scenes of this kind were not uncommon. The experiments were informal and, by modern standards, unscientific in nature. There was often no control group and those administering the experiment would sometimes take the drugs along with the subjects in order to better empathize.

“I don't think you can make a case that he was doing really important science, in part because [Leary] decided that these drugs were bigger than Harvard, bigger than science and that everyone should try them,” Michael Pollan, a fellow at the Radcliffe Institute studying the history of psychedelics, said. 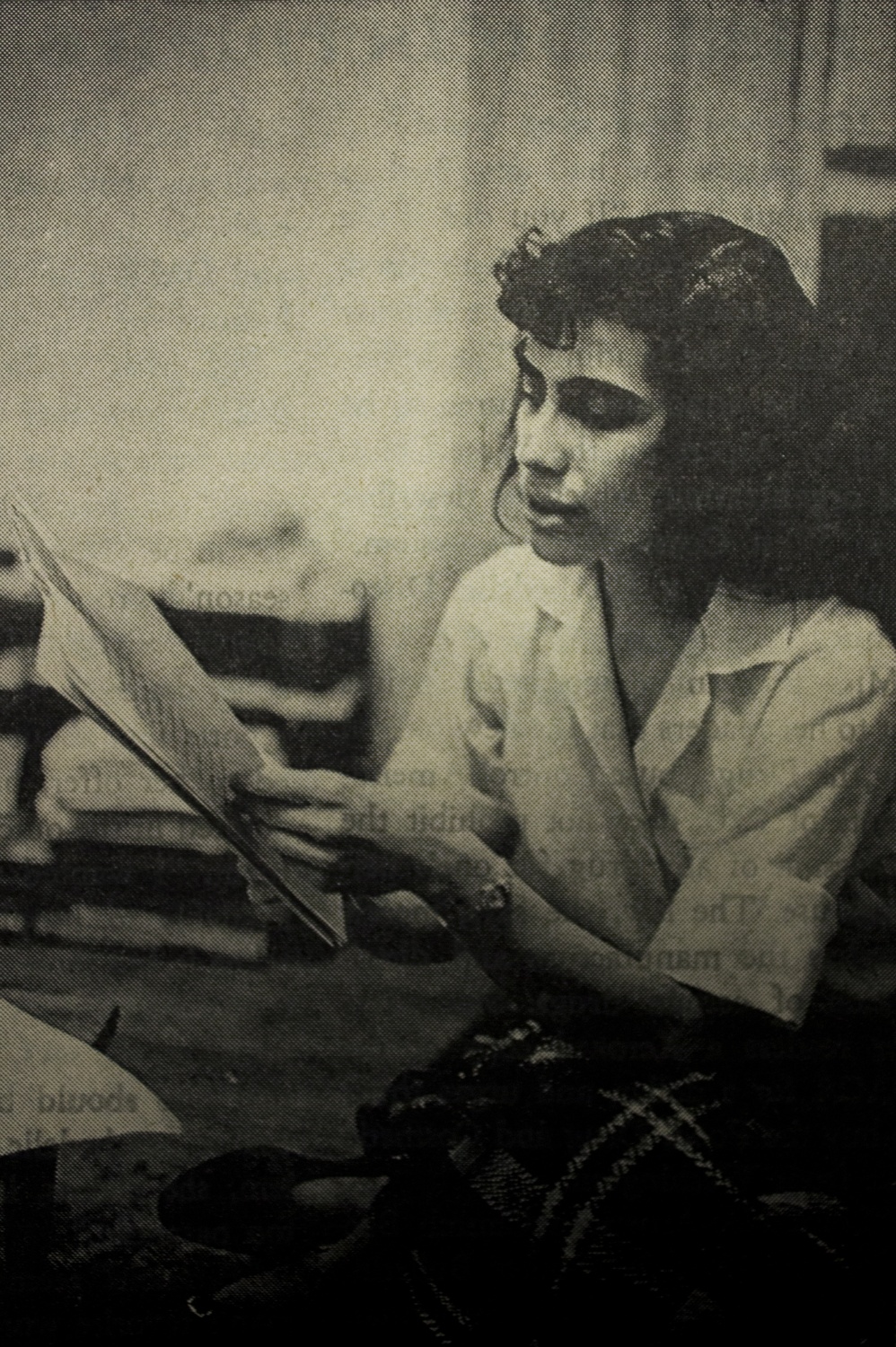 Student and follower of Timothy F. Leary, Lisa Bieberman ’63 helped organize a public protest against the firing of Alpert. By Crimson file photo

“Eight of the 10 students receiving psilocybin reported a mystical experience, while only one in the control group experienced a feeling of ‘sacredness’ and a ‘sense of peace’,” Pollan wrote in an essay in the New Yorker, adding that it was not difficult to tell the two groups apart. “Those on the placebo sat sedately in their pews while the others lay down or wandered around the chapel, muttering things like ‘God is everywhere’ and ‘Oh, the glory!’”

Controversy arose within the department, where two camps emerged: those who took psychedelics or supported the trials, and those who did neither. Psychology professor Herbert C. Kelman circulated a letter and called for a meeting to emphasize that the trials were voluntary.

“My recollection was that you could choose between taking the final or participating in the psilocybin trials,” Cohen said. “Not many of us chose to take the final.”

Leary left the school in 1962, after he failed to fulfill his teaching obligations one semester, electing to travel instead. Harvard did not renew his contract. Alpert was fired in 1963, after he gave drugs to undergraduates, breaking his and Leary’s agreement with Harvard to refrain from doing so.

Following Alpert’s firing, a group of students, including Bieberman, organized a public protest against the dismissal. In letter to the University, the group wrote that Harvard’s “timidity [was] unworthy of a university which claims to encourage free inquiry and exploration,” adding that administrators “reacted with undue alarm to the widespread public controversy” over the drugs.

The duo leaving Harvard, along with the national coverage of the trials, helped to make Leary and Alpert—and psychedelics, by extension—known in households around the country.

Andrew T. Weil ’64 first covered the trial for the Crimson, but his story soon “got picked up by the Boston papers and the New York Times,”Don Lattin, author of the “Harvard Psychedelic Club,” said. “It was really them getting kicked out of Harvard and then all that happened after that which was that Leary and Alpert were the most famous proponents of enlightenment through psychedelic drugs.”

Within the group taking psychedelics “there was a big argument going at the time whether to keep it private and esoteric like in a cult, or go public and try to turn on as many people as possible because it was a revolutionary thing,” Paul A. Lee, who participated in the “Good Friday Experiment,” said.“And it got out to the public.”

‘A New Kind of Rebellion’

In October of 1966, years after leaving Harvard, Leary was arrested in New York for violating a narcotics regulation. According to an article at the time, Leary told reporters that a “majority of Harvard students use LSD.” While the claim is unsubstantiated, anecdotes indicate that some students did indeed take LSD regularly.

In a 1966 article, titled “Drug-Users at Harvard Explain their Views About Pot and LSD,” a Crimson reporter surveyed 45 anonymous students, all sophomores and juniors between 18 and 20 years old, on their experiences with marijuana and LSD.

One student described what he experienced when he read a newspaper while on LSD. “He not only saw the object which lay on his doorstep every morning, but also single letters put together to form words, words combined to make phrases,” the reporter writes. “He saw people working hard to write the articles and printers sweating over their type; he saw thousands reading it, ignoring it, or folding it into paper planes.”

Just a year later, another Crimson article posited that when it came to LSD use at Harvard, “five per cent is a figure that nearly everyone agree[d] on.” The article speculated that drugs were more accessible in the Yard than they had been in the past.

The expansion of drug use on Harvard’s campus did not come without backlash. F. Skiddy von Stade Jr. ’38, the Dean of Freshmen at the time, said that to combat this “new kind of rebellion” the “University must play a role in educating students of the danger of drugs.”

In response to this increase in drug culture, Harvard University Health Services released a statement warning students against using LSD and other drugs.

“Our professional medical opinion is that playing with L.S.D. is a desperately dangerous form of ‘drug roulette’,” the statement reads. “The medical evidence is clear. Any person taking L.S.D. runs the clear risk of psychotic breakdown and long-run physiological damage.”

Still, psychedelics, introduced to Harvard by Leary and Alpert, remained present on campus through the 1960s.

Bieberman had a response to the stream of warnings from the Director of HUHS.

“He only mentions the cases that turn out badly, and does not mention cases in which psychedelics can be used constructively,” she said.