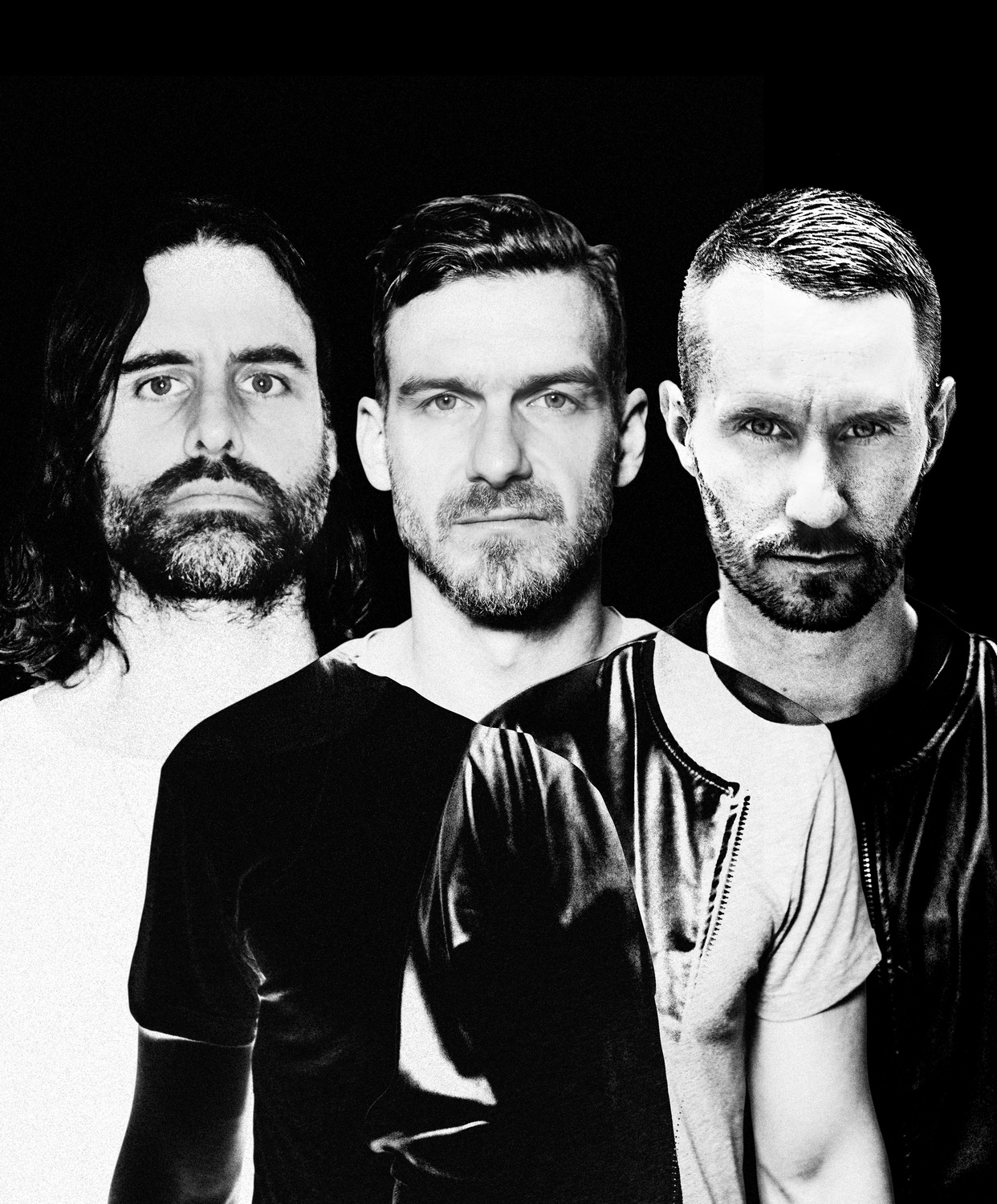 One-third the guy who wrote the Grammy-nominated Bruno Mars hit “Grenade” (Andrew Wyatt) and two-thirds the team behind Britney Spears’ early aughts-defining “Toxic” (Christian Karlsson and Pontus Winnberg), Miike Snow know their way around a pop song. With the release of their eponymous debut LP in 2009, the trio rose to the forefront of the indie electro-pop movement that dominated the college kid musical aesthetic at the turn of the last decade. Following a four-year hiatus, they’ve dropped their long-anticipated third album, “iii,” and are gearing up for a hectic summer that includes appearances at Boston Calling and Governors Ball. Prior to the start of their tour, Wyatt sat down with The Crimson to talk the band’s beginnings, the process of producing an album from three different continents, and the irreverence of Miike Snow.

The Harvard Crimson: You and your bandmates have written some of the most famous pop tracks of the last two decades. What drove you guys to form a band and move from backstage as producers into the spotlight as performers?

Andrew Wyatt: When you’re writing a song with a big pop artist, your goal is to try to be impactful in a way in which the economy of the songwriting is streamlined for maximum immediacy. Miike Snow is done with a lot more aleatory elements. Basically, with Miike Snow, whatever we do in the studio, that’s the album. There’s no, like, “This is not poppy enough,” “The chorus isn’t good enough.” Obviously there’s an overlap with your intentions when you’re doing a big song for somebody like Bruno [Mars] or Britney [Spears] or something, but with Miike Snow, we don’t worry about whether some A&R guy is going to love this song. That’s what it boils down to. We just do what we like to do, and then that’s the song, you know? When you’re doing an album there’s a management layer; there’s an A&R layer; there’s the label; there’s all these other mechanics, hoops to jump through. With Miike Snow, we decide when the album’s done. Making the music in Miike Snow is something that comes very quickly to us. There’s a feeling of freedom to it.

THC: What’s the process of making an album together like?

AW: For the first two albums, we were all three in the same room, making the beats.... This album, I did half the record with me and Christian in a room and half the album with me and Pontus in a room because Christian was living in Bangkok and Pontus was living in Stockholm and I was living in LA. Pretty much we segmented the globe into thirds doing that. We did it logistically the only way we could; those guys have kids, and so basically we did half the record in Stockholm—I did it with Pontus—and half the record it was Christian and I in LA. We start with the music and then figure out what kind of an approach is going to go good on top of that with the vocals, then pick the songs that are going to go together best on the album.

THC: So you guys have only recently started playing shows together again, right, since you’ve been geographically separate? Has it been challenging getting back in the swing of things after not doing it for four years, especially since you’re going on a major tour this summer?

AW: Oh, yeah. It’s one thing to sing a song in a studio and have infinite takes or be able to chop pieces and edit takes of the vocals. [But] singing it live, you know—it takes a while to get my throat around these new songs. Some of them are very high in the register. And then also the technical aspects of pulling off what we do live—it’s a very thorough process of everything from the sonics and the mix and getting that right to the mechanics of performing the songs live and putting on a show and entertaining people as well. That’s a very, very involved process, and there’s many layers to it and it takes a while to get it right. So I would say the first few thousand people who saw us play were not getting the same show that they’re going to get now. We got it pretty tight by Coachella, which was kind of our goal all along.

THC: Speaking of Coachella, you’re playing a ton of festivals this summer. What’s the rationale there? Do you prefer festivals over solo shows?

AW: No—oftentimes, when you’re promoting a record, [playing festivals] is probably a great way of getting new people into your band. You’re able to play for 20, 30 thousand people at one time, whereas with our own shows they probably max out with considerably fewer people. If we were going to do a headlining show, you know, you can only play for a few thousand people at once. So we’re going to do both, because I think there are some experiences you can’t give people in a festival setting that you can give them in your live show. But when your album is brand new and you’re just trying to introduce people to some of the songs, I think going out and doing the festivals is a good way of introducing your music to people. I think also the way we play live is exciting in a different way than the way albums are exciting. If you put out an album, you also want to present what you do live to for as many people as you can.

THC: Yeah, and your latest album definitely has a different feel from your first two. “Miike Snow” and “Happy to You” were characterized by that quintessential indie electro-pop sound, whereas there’s more of a hip-hop undercurrent on “iii.” What inspired you to go in that direction for this album?

AW: I think a lot of stuff sounds, now, kind of the way our first record sounded in that it had sort of a hushed melancholy to it. I think a lot of people are doing that now. And as soon as everybody starts doing something, that’s when I want to do something else. It pisses me off, kind of, when people all sound the same. So I think you just on some level have to be ready to burn whatever you’ve built when you’re doing art, if you want to keep it interesting. We just started pulling up a lot of these hip-hop beats that didn’t sound like anything that was going on in music now, and that’s when I was excited. And that’s why Miike Snow kind of reserves this special place for all of us, I think. It’s like a place where we can be really experimental and playful while at the same time writing pop songs—but [also] do something that is irreverent to what is going on. I do think we did that on the first record, too, and I don’t know whether it influenced a lot of people or not, but I definitely think that it was one of the first records that had those elements to them in that time period. You don’t really win unless you take the risk.

—Staff writer Victoria Lin can be reached at victoria.lin@thecrimson.com.