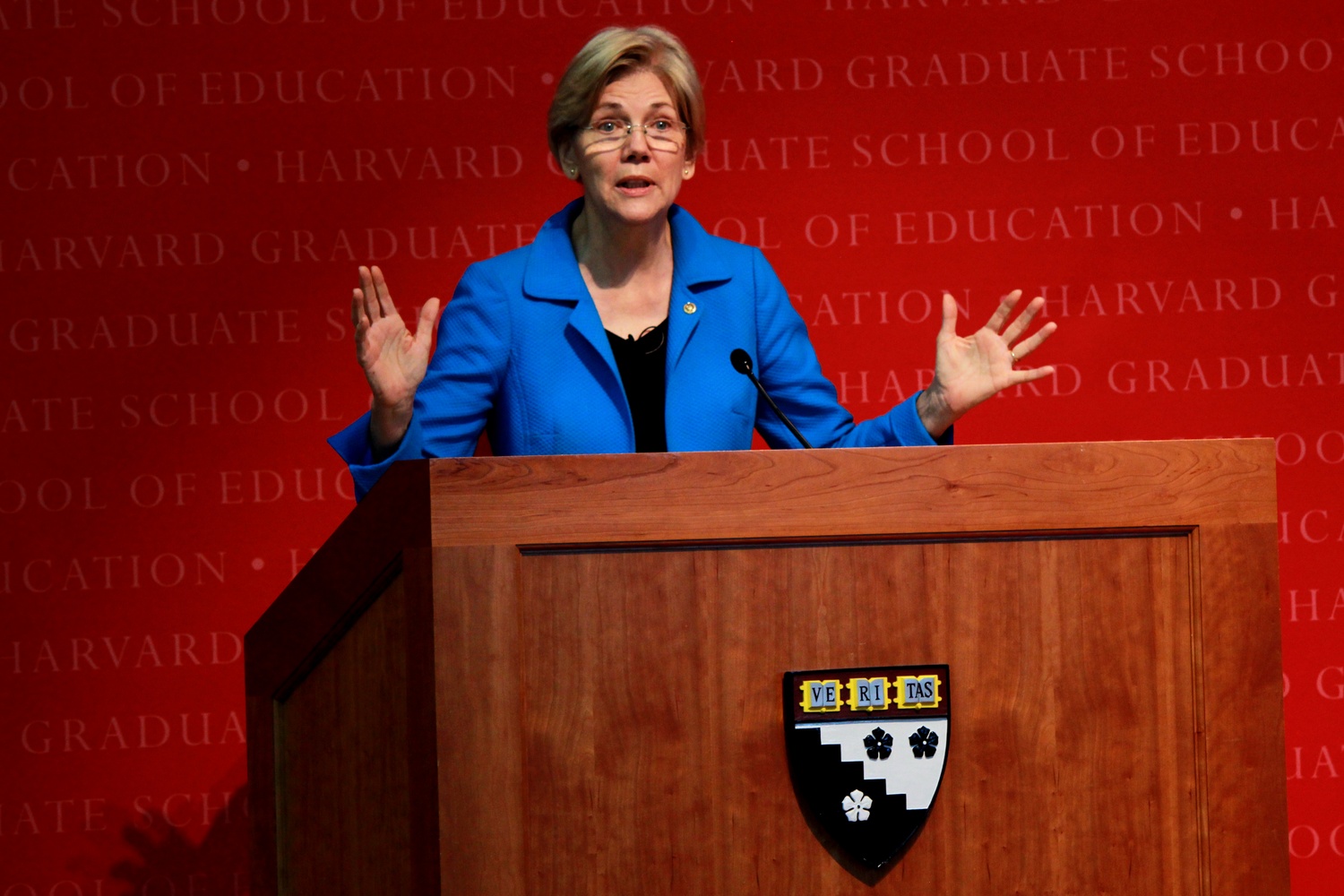 Warren, a former Harvard Law professor, announced her endorsement in an interview with the Boston Globe Thursday evening and said she was “ready” to get involved directly with the election.

“I’m ready to jump in this fight and make sure that Hillary Clinton is the next president of the United States and be sure that Donald Trump gets nowhere near the White House,” Warren said.

“I don’t think there’s ever been someone so qualified to hold this office,” Obama said. "I have seen her judgment, I have seen her toughness, I’ve seen her commitment to our values up close."

A leading voice within the left wing of the Democratic party, Warren was the last female Democratic senator to endorse Clinton. She is seen by many as uniquely in touch with progressive voters who supported Vermont Senator Bernie Sanders in the Democratic primary.

“I am ready to get in this fight and work my heart out for Hillary Clinton to become the next president of the United States,” Warren said on the Rachel Maddow Show on MSNBC Thursday evening.

Many have speculated Warren may join Clinton’s ticket as the Democratic vice presidential nominee, but Warren reiterated in the interview to the Globe that she did not want to “get into” speculation about potentially being tapped for the position.

However, at the end of the MSNBC interview, Maddow asked Warren if she believed she was ready to serve as vice president and step in for the commander-in-chief if need be. Warren responded, “Yes, I do.”

The duo of endorsements comes the week Clinton became the presumptive nominee for the Democrats, after she garnered enough pledged delegates and superdelegates over the weekend to cement her status, according to an Associated Press count. She also bolstered her standing with primary victories Tuesday in California, New Jersey, and South Dakota.

Amid a growing consensus among Democrats to support Clinton as the party’s nominee, her rival Sanders met with Obama Thursday morning. After the meeting, Sanders reiterated his commitment to staying in the race through the final Democratic primary in Washington D.C. next Tuesday, but also said he looks “forward to meeting with [Clinton] in the near future to see how we can work together to defeat Donald Trump.”

Sanders currently trails Clinton by roughly 900 delegates according to the Associated Press. He would have to convince many of the superdelegates who have already pledged their support to Clinton to switch to his side to secure the nomination. The Democratic National Convention will take place in Philadelphia from July 25-28.