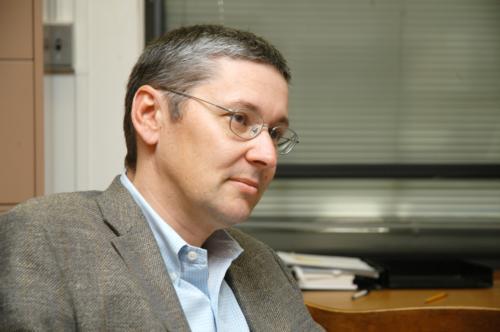 Harvard professor and conservative economist N. Gregory Mankiw said he will not vote for Republican presidential nominee Donald J. Trump in November, slamming the businessman for his “hostility to a free and open system of international trade” and his temperament.

Mankiw, who served under former President George W. Bush as chairman of the President’s Council of Economics Advisers, wrote in a frank post on his blog last week that Trump “will not be getting my vote.”

“I have Republican friends who think that things couldn’t be worse than doubling down on Obama policies under Hillary Clinton,” Mankiw wrote. “And, like them, I am no fan of the left’s agenda of large government and high taxes. But they are wrong: Things could be worse. And I fear they would be under Mr. Trump.”

Mankiw’s post came the day after the Harvard Republican Club announced that it would not support Trump—marking the first time in 128 years that it has disowned the party’s nominee. Both Mankiw and the club raised concerns about Trump’s temperament.

“I am not a psychologist, so I cannot figure out what Mr. Trump’s personal demons are,” Mankiw, who also served as an economic adviser to 2012 Republican presidential nominee Mitt Romney, wrote. “But he does not show the admirable disposition that I saw in previous presidents and presidential candidates I have had the honor to work for.”

Harvard’s faculty members have overwhelmingly supported Democratic nominee Hillary R. Clinton in this election cycle. An analysis conducted by the Crimson in February found that 91 percent of contributions to presidential candidates at the time made by Harvard affiliates in 2015 went to Clinton.

Overall, Harvard professors tend to lean liberal, a Crimson analysis of faculty contributions to federal campaigns and candidates between 2011 and the third quarter of 2014 found.