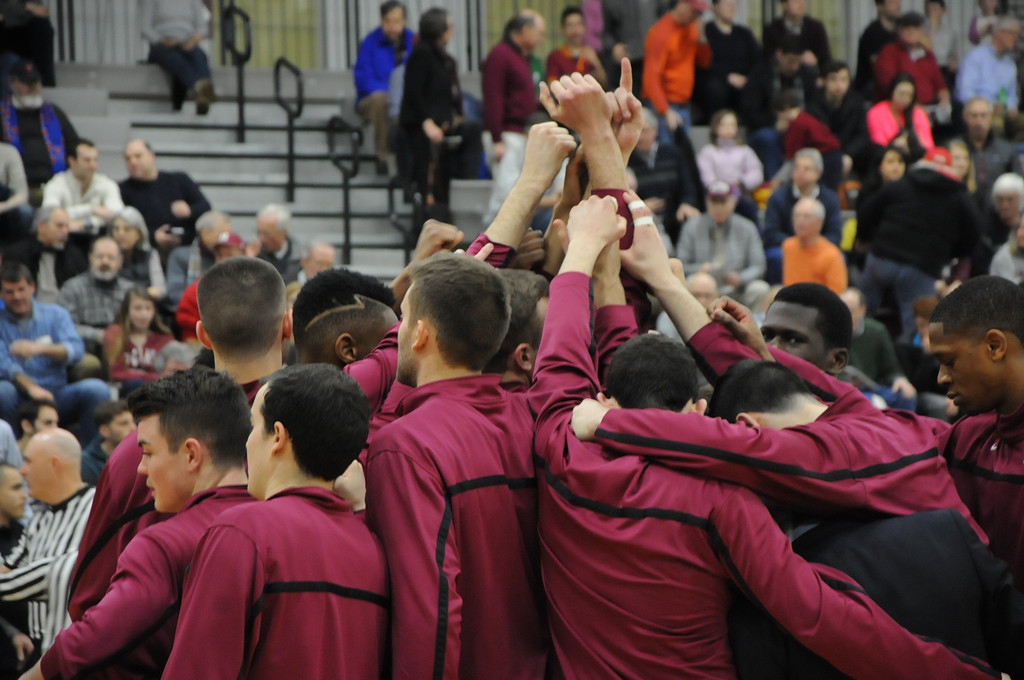 The Harvard men's basketball team's schedule is highlighted by a trip to China where the Crimson will face Stanford. By Faith A. Jackson
By Troy Boccelli, Contributing Writer

Last Friday, Harvard men’s basketball coach Tommy Amaker released the team’s 2016-2017 schedule. Despite a non-conference schedule reminiscent of years past, the team will kick off this season in unfamiliar fashion. Following its annual home matchup with MIT on Nov. 3, the Crimson heads to Shanghai on Nov. 11 to face off against Stanford in the second annual Pac-12 China Game. Both teams enter the contest coming off lackluster seasons that saw the Crimson finish fourth in the Ivy League and Stanford ninth in the Pac-12.

After the trip overseas, Harvard heads back to Cambridge where it will face a familiar slate of regional opponents in Holy Cross, Massachusetts, Northeastern, and Boston College—all four of which handed the Crimson a loss the past season. The Crimson also take on NAIA’s Fisher College on Nov. 17.

Back on Harvard’s regional slate after a two-year absence is Fordham, which the Crimson face off against on Dec. 3 at Lavietes Pavilion. Also on Harvard’s non-conference schedule is a trip to Houston on Dec. 23. The two last met in 2014 when the Crimson handed the Cougars an 84-63 loss.

Notably absent from this year’s schedule is an in-season tournament. In last year’s Diamond Head Classic, Harvard finished as an unexpected runner-up to Oklahoma following an 83-71 loss in the title game. The Crimson also captured titles in the 2011 Battle 4 Atlantis tournament and the Carrs/Safeway Great Alaska Shootout two years later. Ivy League teams are only able to participate in two in-season tournaments every four years.

Following the holidays, Harvard faces off against another familiar foe in Howard on Dec. 30 at Lavietes Pavilion. In a historical matchup over Martin Luther King Day weekend last year, the Crimson topped the Bison, 69-61. Harvard caps off its nonconference schedule with a trip to Vermont on Jan. 2, a home game against McGill on Jan. 10, and an away showdown with Bryant on Jan. 16. The Crimson faced off against all three squads last season, coming away with wins against McGill and Bryant, but dropping its matchup with the Catamounts, 65-62.

At the end of the nonconference season the Crimson faces an equally familiar conference slate, chock full of weekend back-to-backs. The Crimson starts off Ivy League competition with a game against Dartmouth on Jan. 7. After facing Dartmouth again at home two weeks later, Harvard heads to New York to take on Columbia and Cornell on Jan. 27 and 28. Harvard takes on Penn and Princeton in Cambridge over Super Bowl weekend before traveling to Brown and defending league champion Yale.

Following a late-season four game home stand against the Bulldogs, Bears, and Killer C’s the Crimson closes out its regular season with a trip to Princeton and Penn. New to the Ivy League this season is a four-team conference tournament for the league title, to be held March 11 and 12 in Philadelphia.

–Staff Writer Troy Boccelli can be reached at troy.boccelli@thecrimson.com.