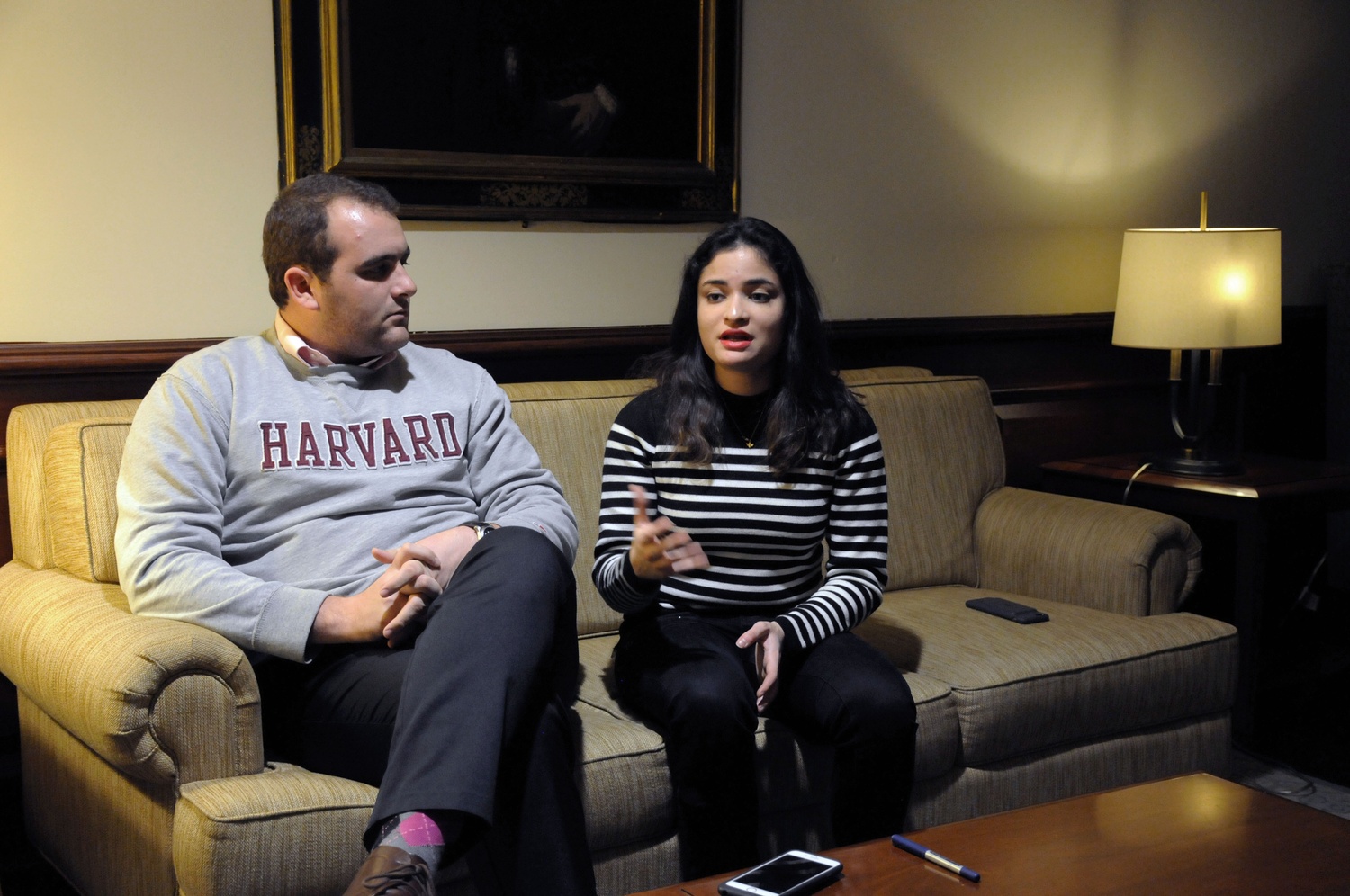 In an interview Tuesday, Sachee and Khansarinia said they plan to attend monthly meetings with College administrators and undergraduate cultural groups to open dialogue about the needs of minority student populations.

Sachee said she and Khansarinia hope to make “sure that all student voices are heard on this campus,” and referenced the contentious political climate in the United States, where “too often some voices are sidelined.”

Sachee added the duo intends to keep a campaign promise to form an “identity coalition” of cultural group leaders to keep UC representatives informed on minority student concerns. According to Sachee and Khansarinia, this group will look to represent students of color, first generation students, and BGLTQ students, among others.

Khansarinia said they will work this semester to create freshmen “bridge programs” during Opening Days to ease students’ transitions from home to Harvard.

“The first step is feeling like you belong at Harvard, feeling that you’re not a visitor for four years here,” he said.

The two also said they want to focus on preventing sexual assault at the College after a UC election season that heard many plans to address the issue.

“We talked a lot about in the campaign how we don't necessarily think that one-size-fits-all or top-down solutions necessarily work for all these problems,” Khansarinia said.

The pair also said they plan to work with the College’s Consent Advocates & Relationship Educators to institute sexual assault prevention trainings for all undergraduates.

“One thing that we talked about in our meeting with Dean Khurana is making these conversations about sexual assault and sexual assault prevention inescapable,” Khansarinia said.

Khansarinia also said he and Sachee plan on working with the UC, professors, and students to make textbooks more affordable. One solution they propose involves taking money from the “Grant for an Open Harvard College,” a fund spearheaded by former UC President Shaiba Rather ’17 and Vice President Daniel V. Banks ’17, to subsidize textbook prices.

After their first UC general meeting as Council President and Vice President—happening Sunday—Sachee and Khansarinia said they plan on sitting down with University President Drew G. Faust in coming weeks.