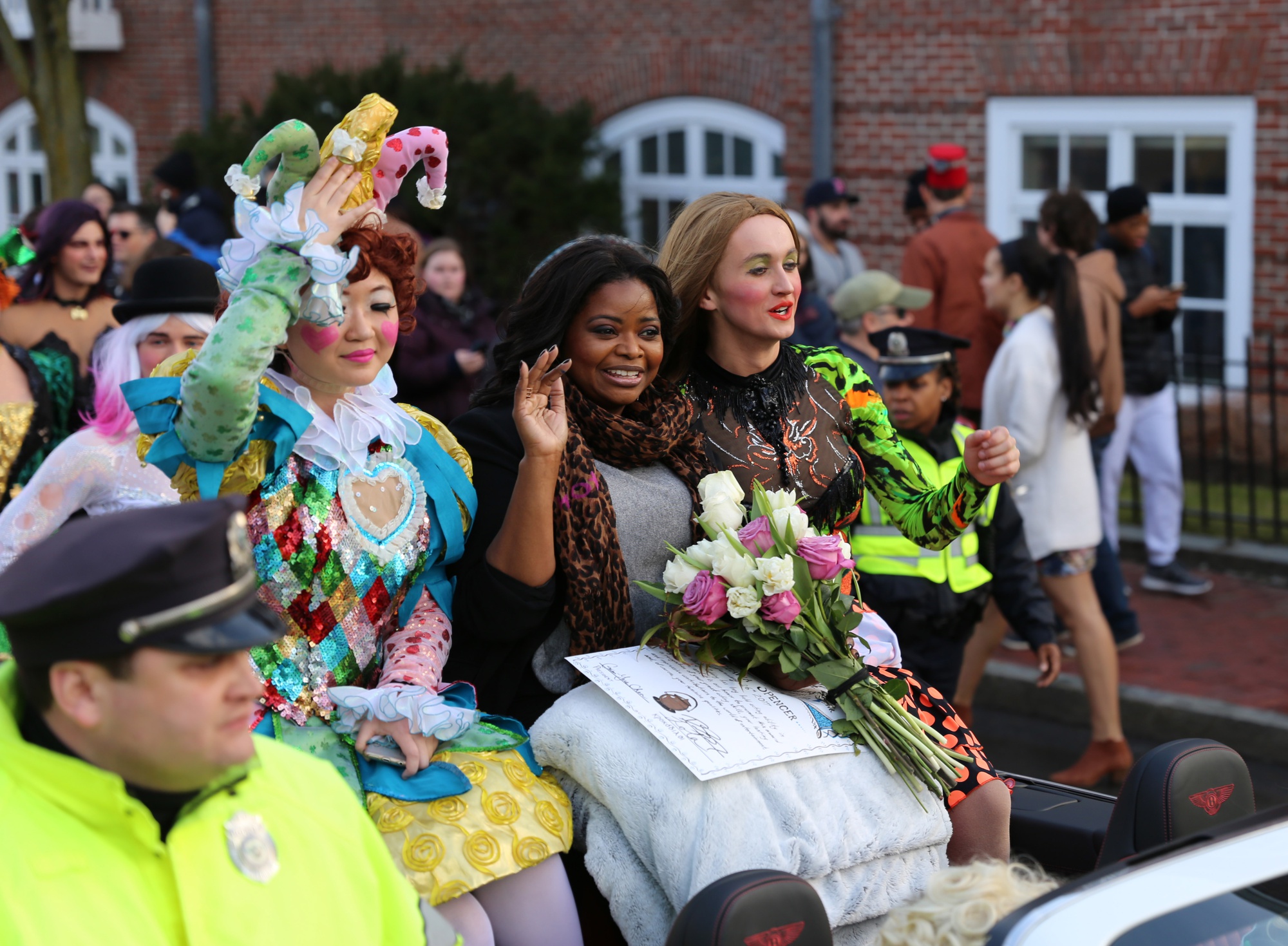 In Photos: Octavia Spencer, Hasty Pudding's Woman of the Year

Octavia L. Spencer is about to have a new award on her shelf, right up there next to her Oscar statuette and Golden Globe trophy.

Spencer was named the 2017 Woman of the Year by Hasting Pudding Theatricals Thursday afternoon, an annual award given to a performer who has made lasting contributions to the entertainment world. Spencer's performance as an actress in "The Help" earned her several awards in 2012, including an Academy Award and Golden Globe Award among others. Just a few days ago, Spencer was named an Oscar nominee for her role in "Hidden Figures." 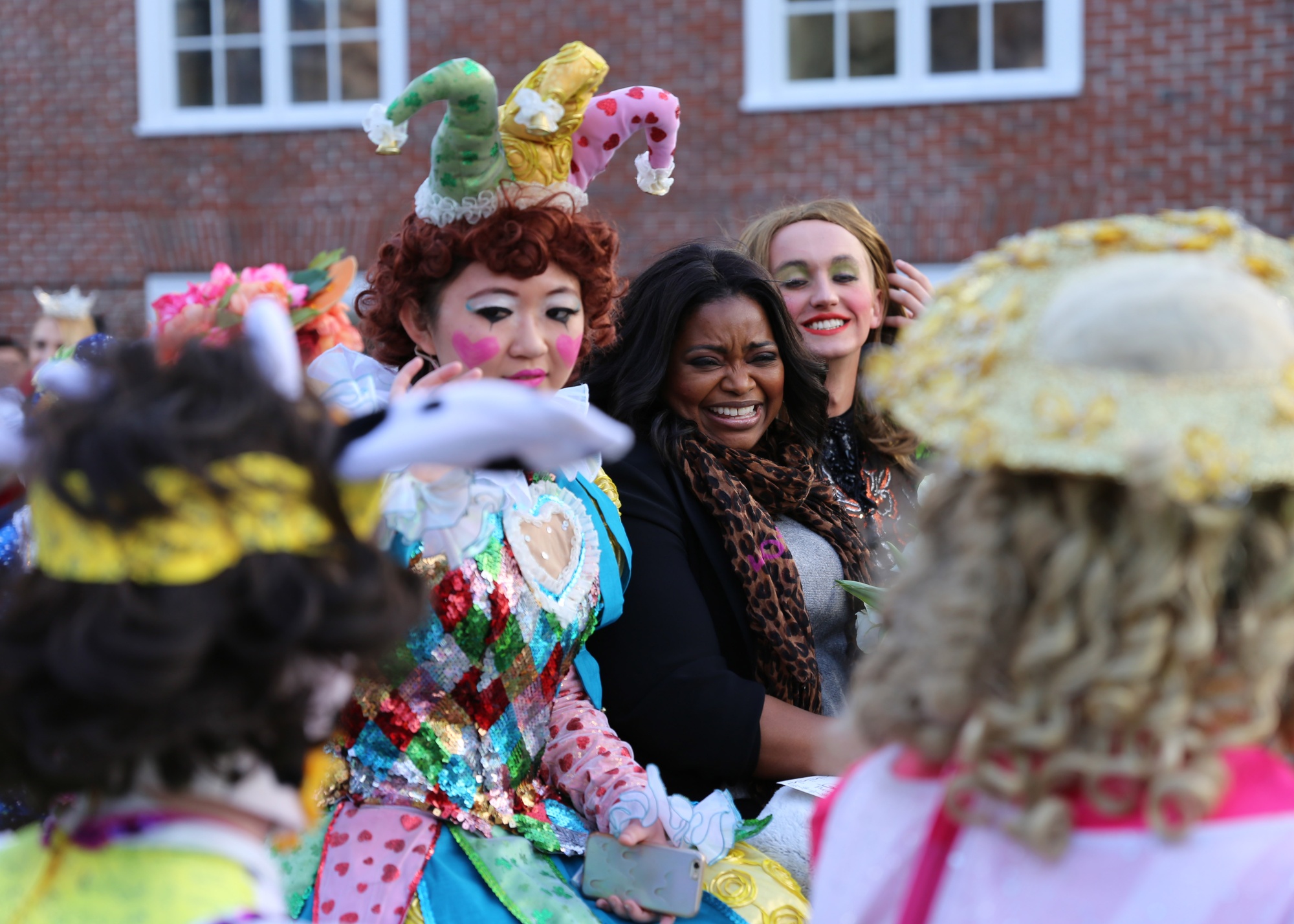 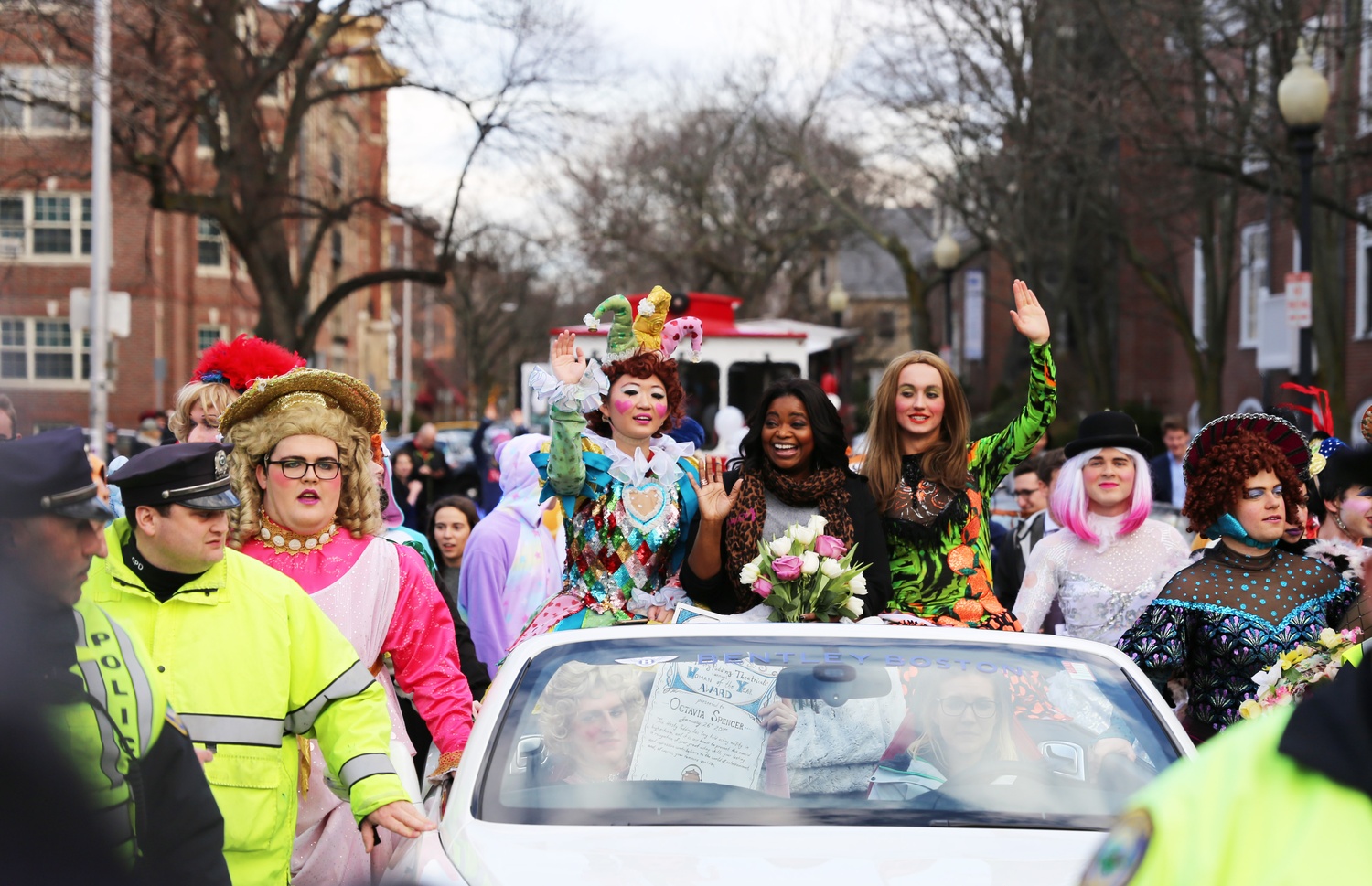 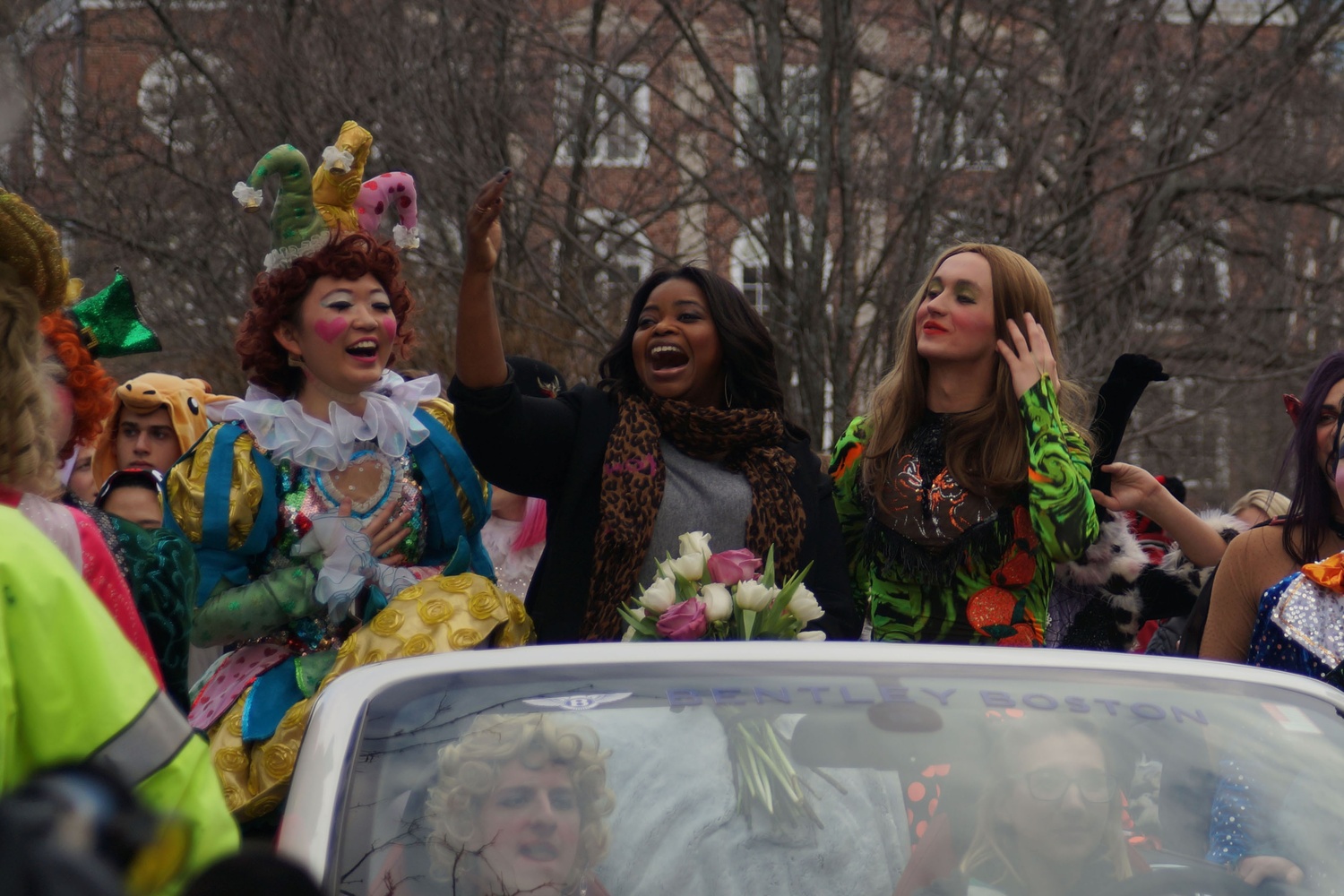 Woman of the Year Parade -

The festivities began with a parade through Cambridge in a Bentley convertible, surrounded by the Hasty Pudding Theatricals members dressed in costume. The Woman of the Year award has been presented annually since 1951, making Spencer the 67th female entertainer to receive the award. 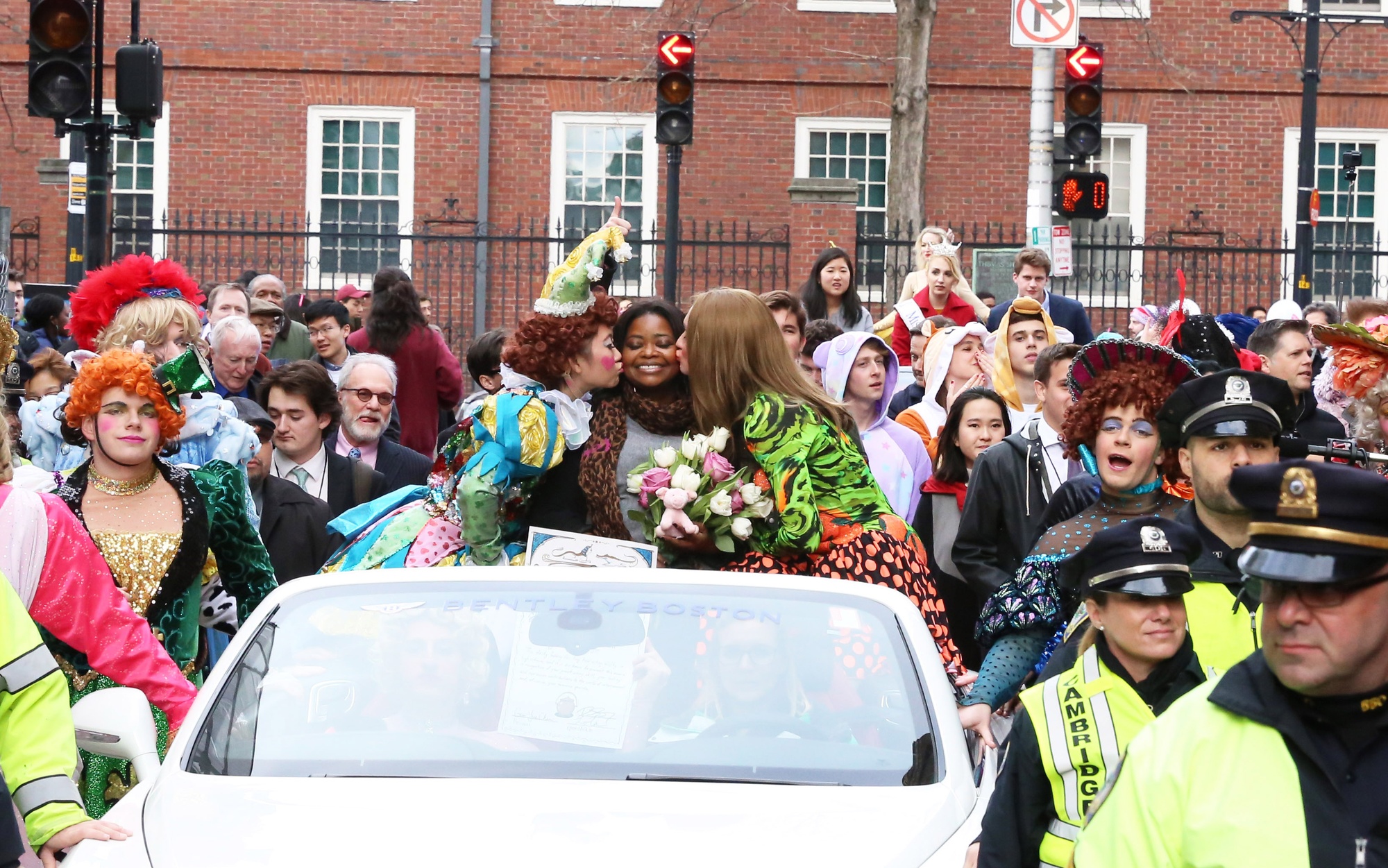 Following the parade, Spencer was honored with a roast in Farkas Hall. During the roast, Spencer was asked to mimic a scene from "The Help" by throwing a chocolate pie at a Pudding cast member dressed as President Donald Trump's advisor Kellyanne Conway. 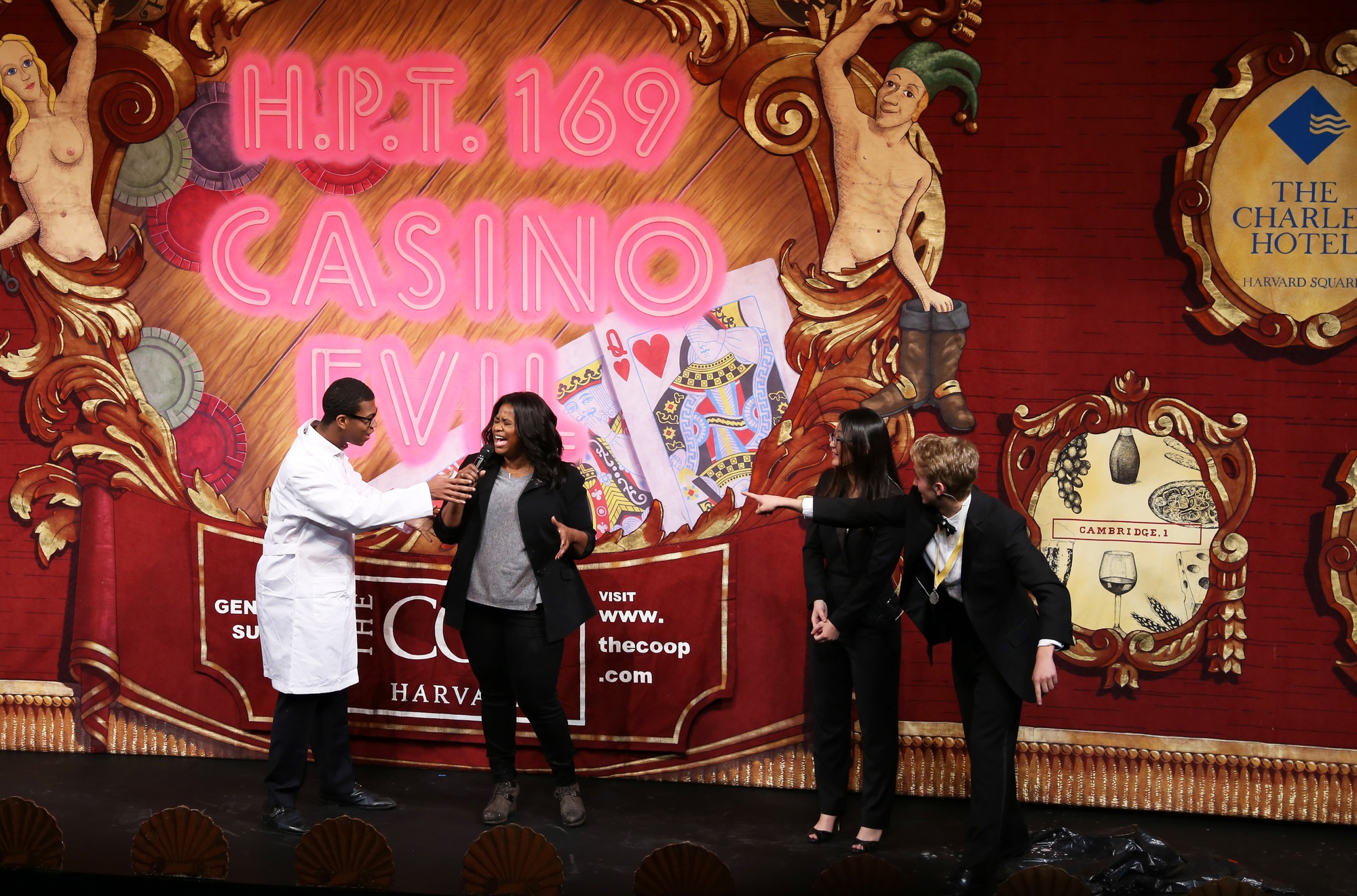 Treated like royalty by the Pudding cast members, Spencer was awarded the "Pudding Pot." Spencer later lightheartedly said that, when compared to an Oscar, the Pudding Pot "was hard to get." 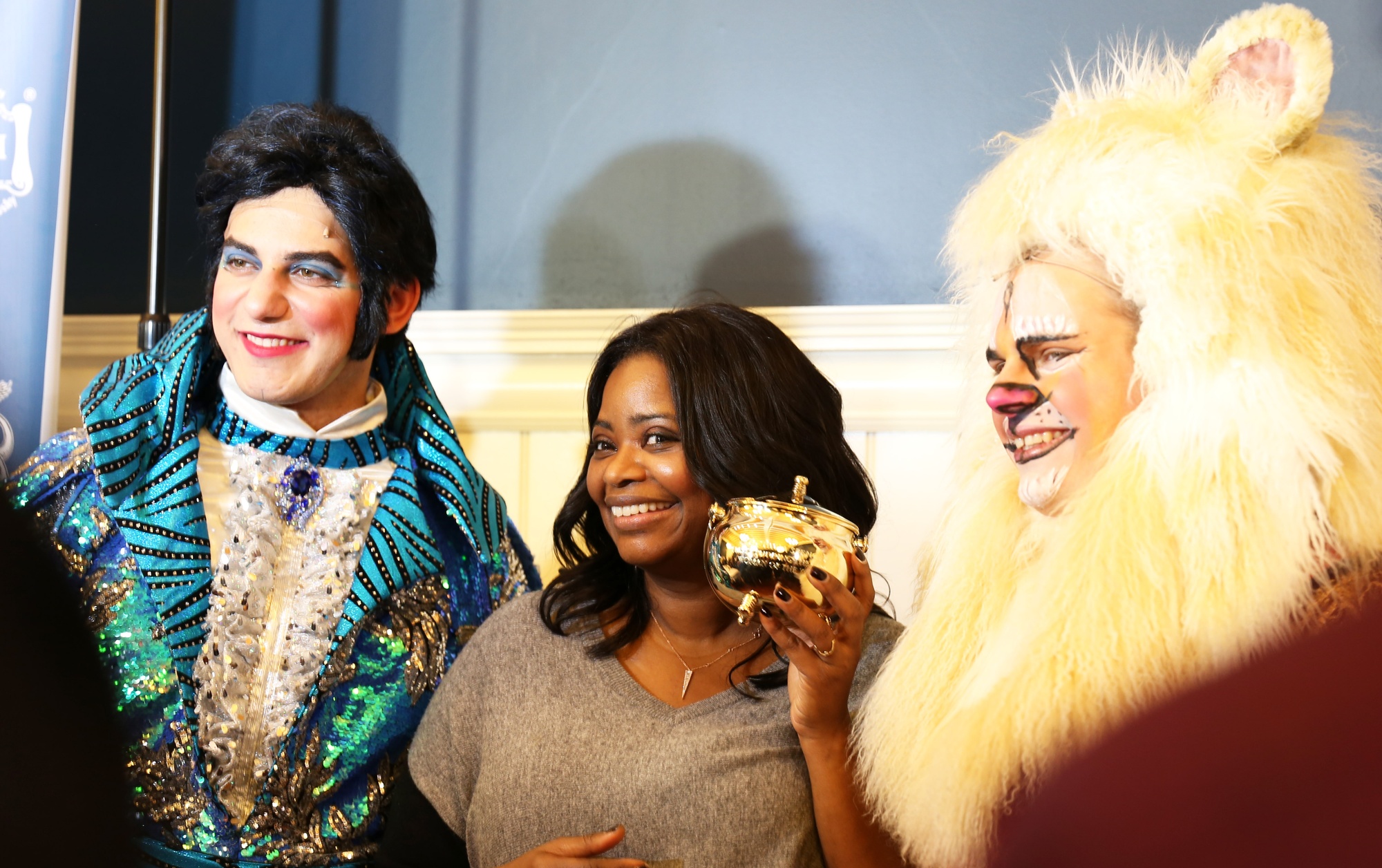 Following the parade and roast, Spencer took part in a press conference—broadcast live for the first time this year. Spencer spoke about topics ranging from diversity in entertainment to Trump's presidency.

"I don't think that men... are actively saying 'we gotta keep the women out," Spencer said, adding that women are instead simply often overlooked. "As a female who is African American who is also a producer, it's my job to make sure I voice those opinions."

The Hasty Pudding Theatricals has been the subject of criticism for its decision to maintain an all-male cast for their annual spring production. 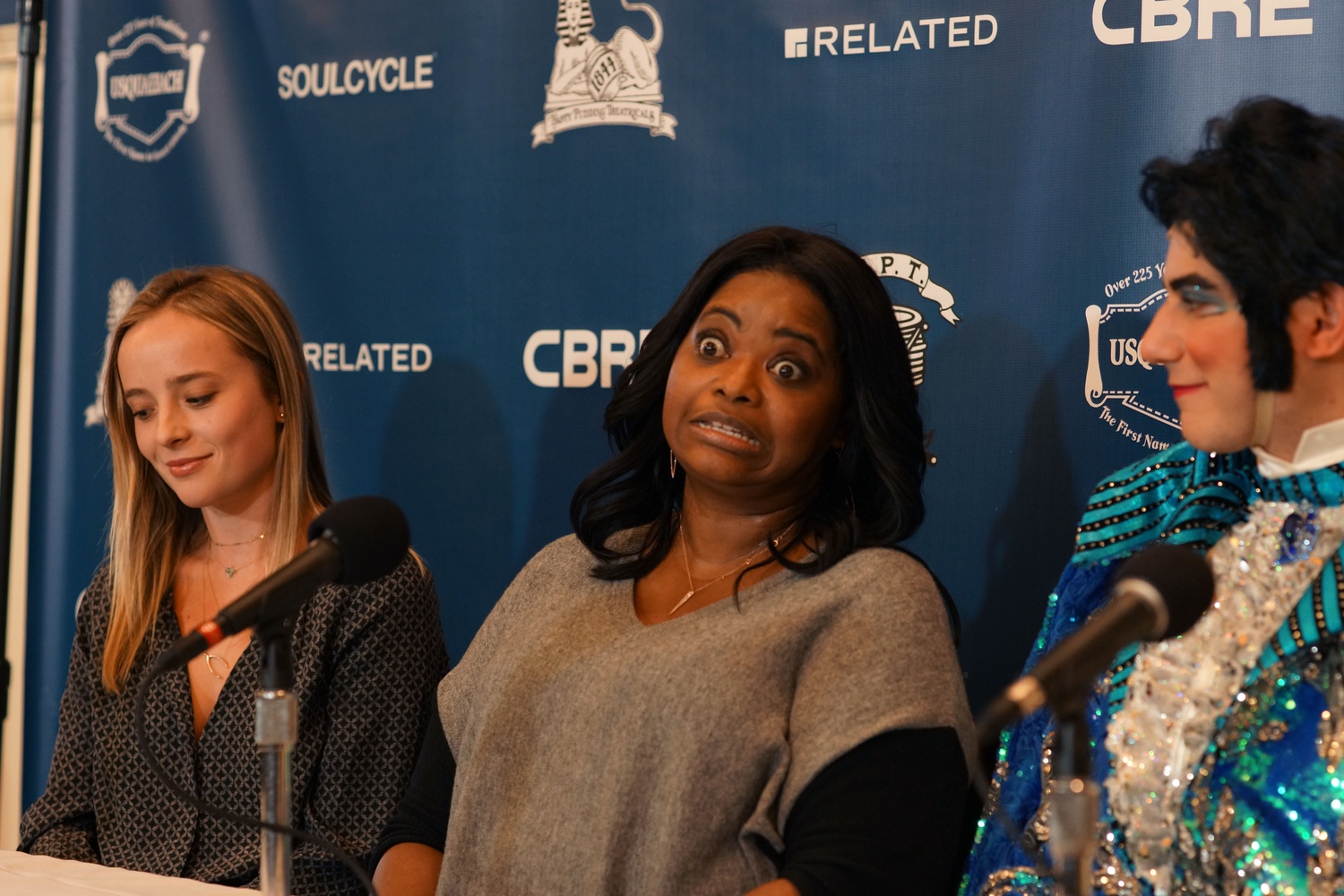 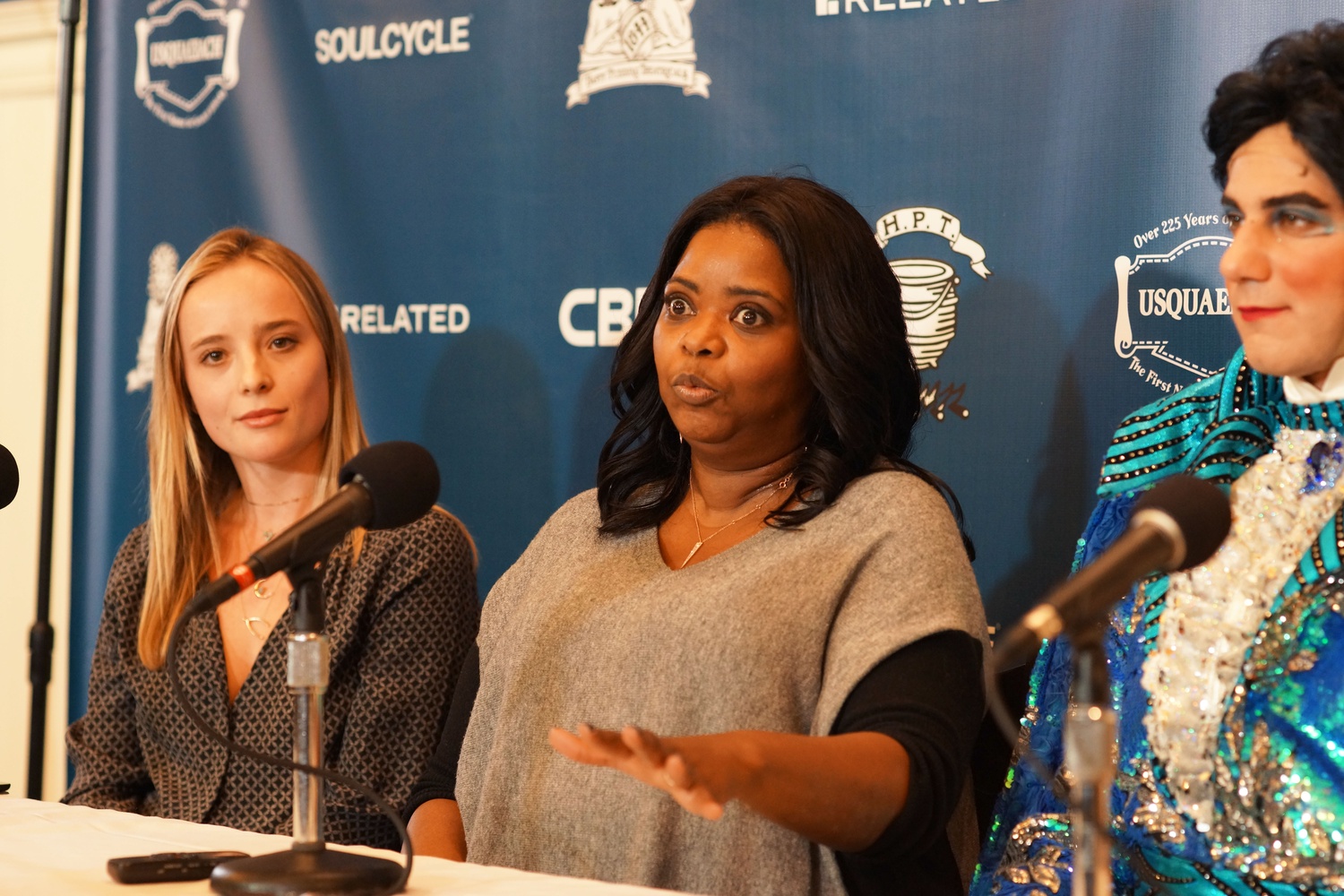 “It took me 15 years to become an overnight success. So know that you have to buy a good pair of sneakers and train,” Spencer said when asked about advice for women of color.

“But if you stay in the game long enough, you will win… you will win a race. But the question is: will you be persistent at it?” 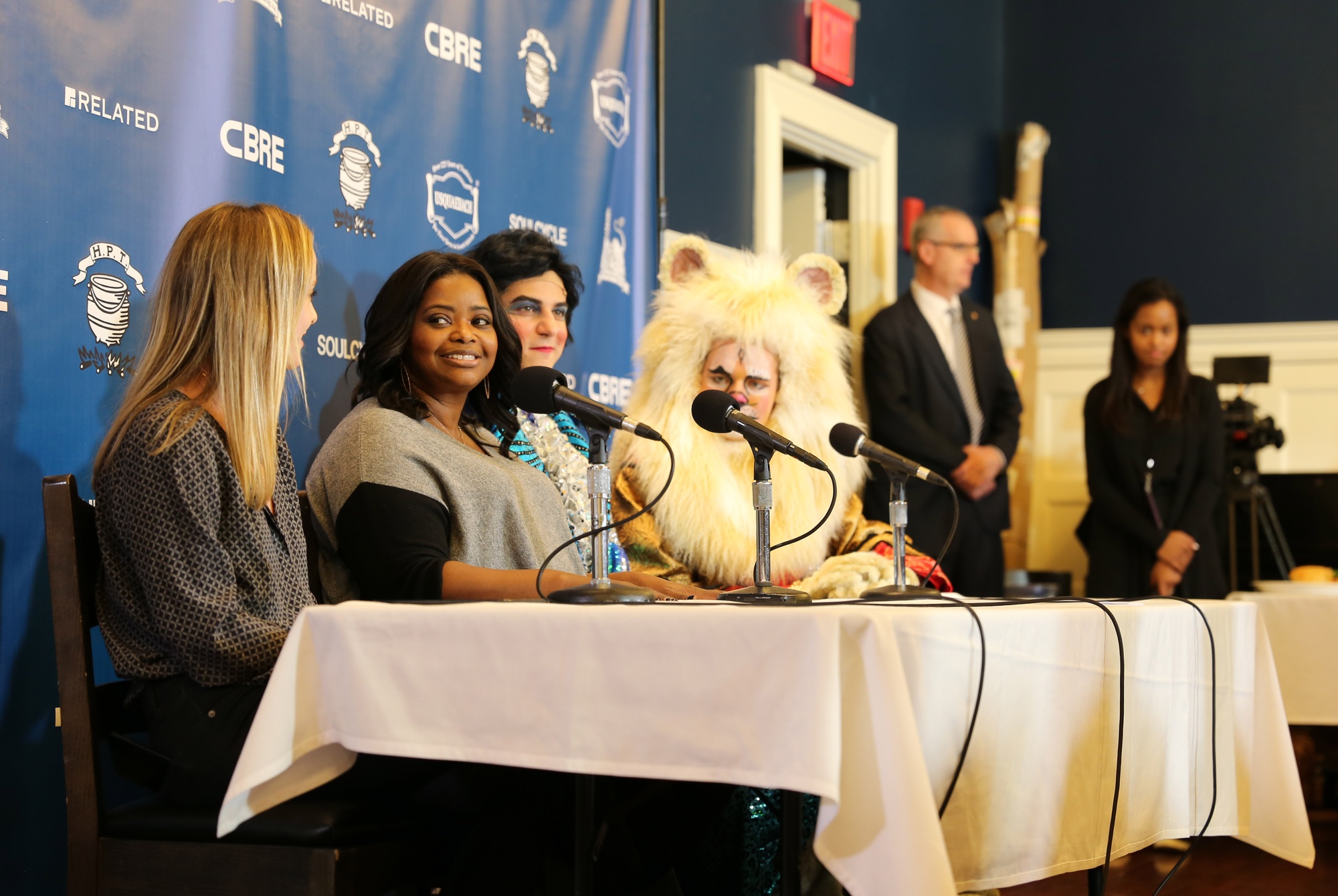