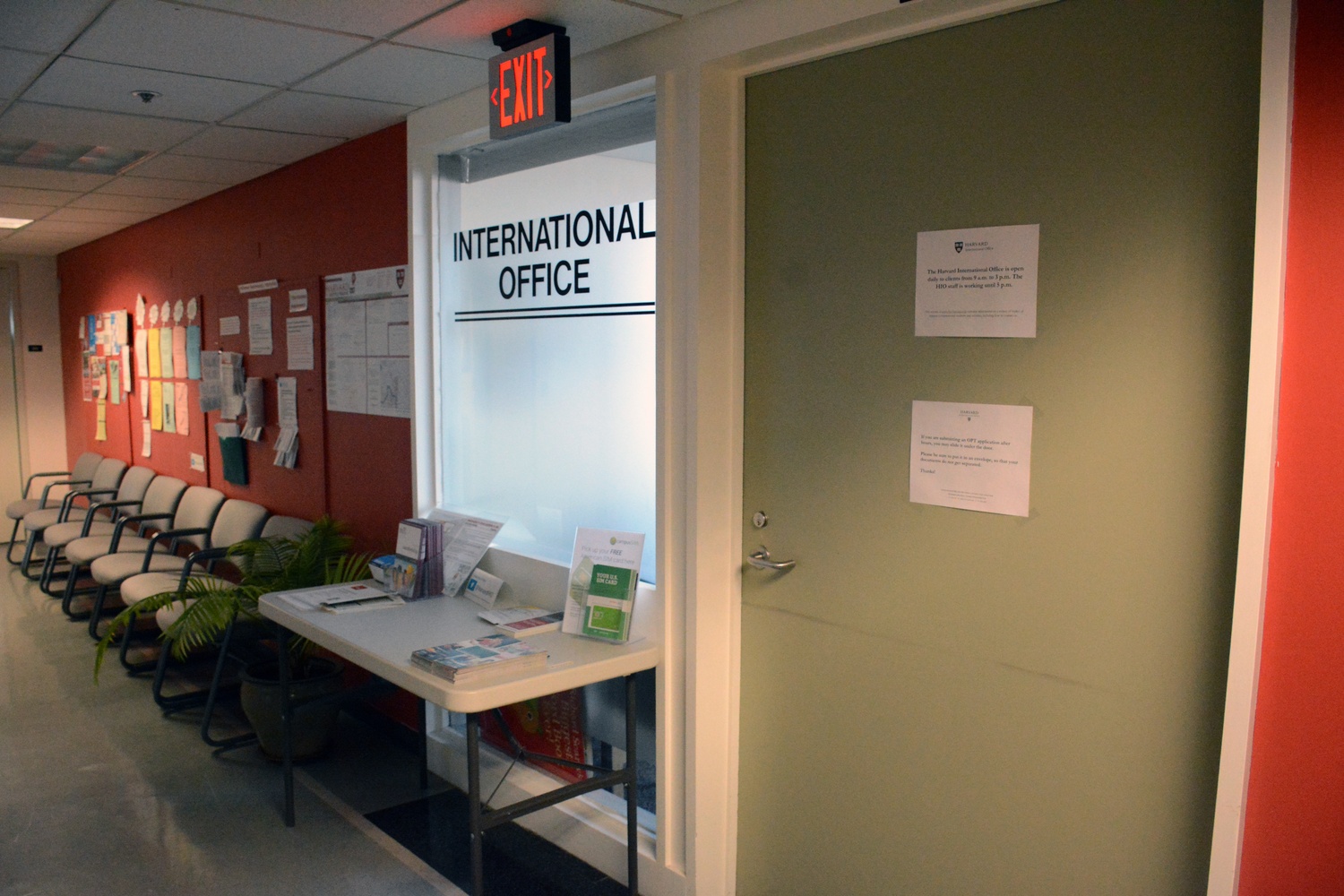 Harvard officials advised students affected by the visa ban to reach out to the Harvard International Office for support earlier this month. By Jacqueline S. Chea
By Sonia Kim, Crimson Staff Writer

After the U.S. and Turkish governments abruptly announced they would stop issuing most visitor visas between the countries earlier this month, some at Harvard are worried that Turkish scholars and relatives of students may be barred from coming to the country—and vice versa.

The two countries announced on October 8th that they would mutually suspend nonimmigrant visa services, which allow foreign citizens—including some Harvard students—to travel between Turkey and the United States. While students who currently hold valid visas will not be affected, those applying for new visas may face problems.

Mark C. Elliott, Harvard’s vice provost for international affairs, said the University has a large number of Turkish students and alumni holding nonimmigrant visas. Elliott said the visa ban makes it “almost impossible” for new Turkish students to come to Harvard, as well as for current students to study abroad in Turkey.

“It means it will be very difficult for students or faculty who want to travel to Istanbul or anywhere else in Turkey to study or do research. I don’t know how you’re going to get your visa,” he said. “How long this tiff between our two governments will last, I don’t know. I don’t have any privileged information about that, but if it lasts a long time, it’s a real problem.”

Bedel Turker ’18-’19, co-president of the Harvard College Turkish Student Association, said he hopes the tension between Turkey and the United States will soon be resolved. Until then, though, Turker said he is unsure if some of his relatives in Turkey will be able to attend his graduation.

“I wanted two of my aunts to come to my graduation, but if the current situation persists, then I don’t know,” he said. “It’s already hard to get visas in the first place, but now they will not be able to come or even apply to come.”

In an emailed statement, University spokesperson Tania DeLuzuriaga advised students affected by the visa ban to reach out to the Harvard International Office for support.

Carol Ann Litster Young, the administrative and academic support coordinator for the Center for Middle Eastern Studies at Harvard, said despite the visa service suspensions, the center is still taking applications from students for the winter term study excursion in Cunda, Turkey.

Still, Elliott said, the visa situation—and President Donald Trump’s other efforts to restrict travel and immigration from certain majority-Muslim countries—pose a threat to Harvard’s reputation on the world stage.

“It’s not going to be easy to run the hospitals here or the research at the Medical School without being able to pick the best postdocs throughout anywhere in the world and not have to worry about what country they’re from,” Elliott said.

“American universities are the best in the world,” he said. “It’s not necessarily because Americans are smarter than everybody else; it’s because we invite people to come from everywhere.”