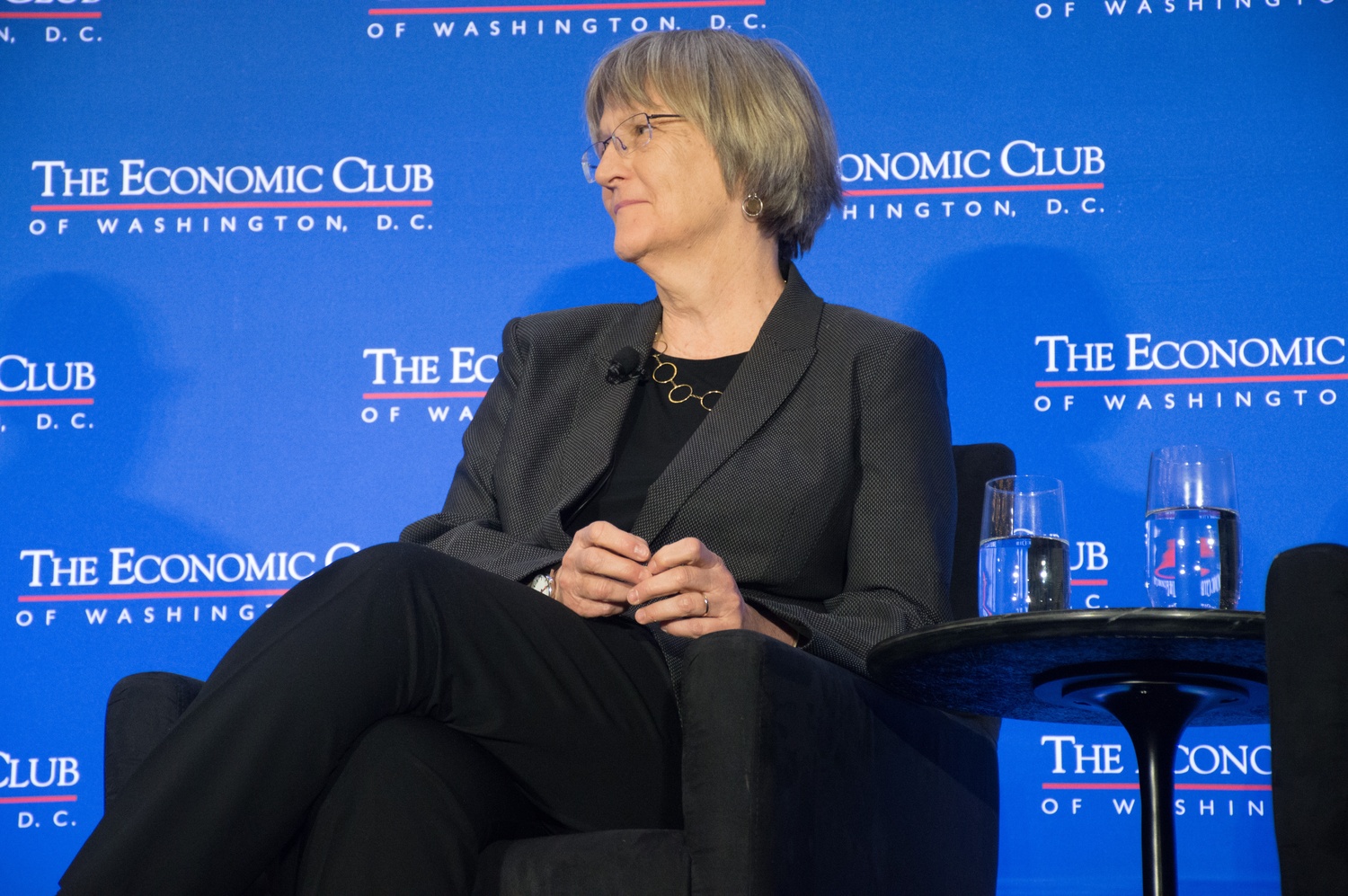 University President Drew G. Faust is among a group of politicians, business leaders, and other prominent figures to found the “Dream Coalition” Monday, an organization pushing for legislation to protect undocumented students.

Besides Faust, the coalition boasts a distinguished list of founding members—including Apple CEO Tim Cook, former Secretary of State Madeleine Albright, and New York Mayor Bill de Blasio—many of whom have spoken out individually against President Donald Trump’s repeal of the Deferred Action for Childhood Arrivals program. The program, which protects undocumented young people from deportation, allows hundreds of thousands of students—including several dozen at Harvard—to work and study in the United States.

The Dream Coalition is urging Congress to pass legislation, like the bipartisan Dream Act, to return protections to these students. “Collectively, we, the Dream Coalition, are committed to using our voices as business, civic, and government leaders to amplify the overwhelming American support for protecting Dreamers,” reads the organization’s mission statement.

While this isn’t the first time that American education leaders have come together to lobby for the rights of undocumented students, the organization’s founders hope that the Dream Coalition will unite leaders from both parties in protecting the rights of these students.

“This is not a partisan or political issue. It is in our social, economic, security, and moral interests to enable Dreamers to earn their full place in America. We will do everything we can to ensure that legislation authorizing them to do so passes this year,” the Coalition’s website reads.