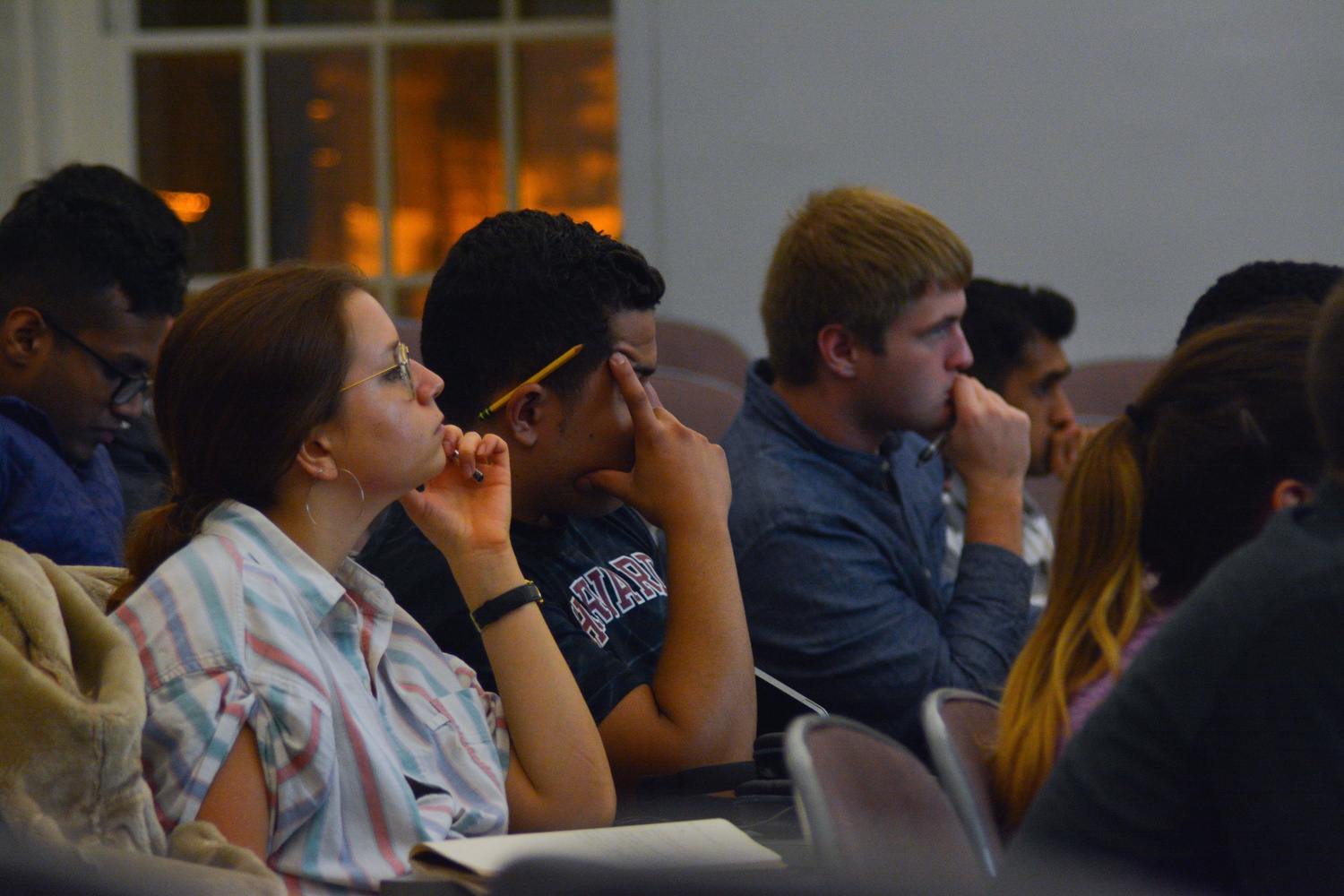 The Undergraduate Council agreed to provide $1,075 for a mental health-themed student event through the Council’ $30,000 “Grant for an Open Harvard College,” marking the first time the fund has been used to directly help bring a speaker to campus.

The Green Ribbon Club, a student organization concerned with mental health advocacy, hopes to bring “Pretty Little Liars” actress Troian A. Bellisario—who recently opened up about her struggles with mental illness—to campus. Part of the funding will go towards her travel and accommodations.

“We’re going to be covering seven hundred dollars worth on the speaker through travel and accommodations. This would be the first time ever doing this through GOHC,” he said.

Winthrop House Representative Henry S. Atkins ’20 said he wanted to make sure Council members were aware of the example this funding would set for future grant applications.

“Are we prepared for the precedent that this could set without clear guidelines surrounding this in the future?” he said. “What if someone...suggests bringing in a speaker whom we feel may not make people welcome on this campus?”

Rules Committee Chair Evan M. Bonsall ’19 said each speaker must be judged independently of one another.

“I think we just need to exercise our own judgement in each individual case,” he said. “I don’t think anyone should apply to the UC expecting that we’re going to give them thousands of dollars to bring in a guest speaker.”

Sachee said the compensation for Drmota was significantly more cost-effective than outsourcing the work to a professional organization.

“It was far, far below what... it would actually cost if we had done it with a real company,” she said, estimating that Drmota would be paid about 5 percent of a professional’s compensation.

After Mather House representative Eduardo A. Gonzalez ’18 asked if the duo thought about formalizing payments to contractors in the bylaws, Khansarinia said he hopes to formally implement an earnings system.

Taylor Marquis ’19 cautioned the UC against funding a payment installment plan “retroactively,” as it leaves the Council with “essentially no choice.”

Ultimately, the legislation passed by unanimous consent. Looking ahead, the UC’s leaders mentioned that they will meet with Dean of the College Rakesh Khurana on Monday. The UC’s next meeting will occur on Monday, October 9.