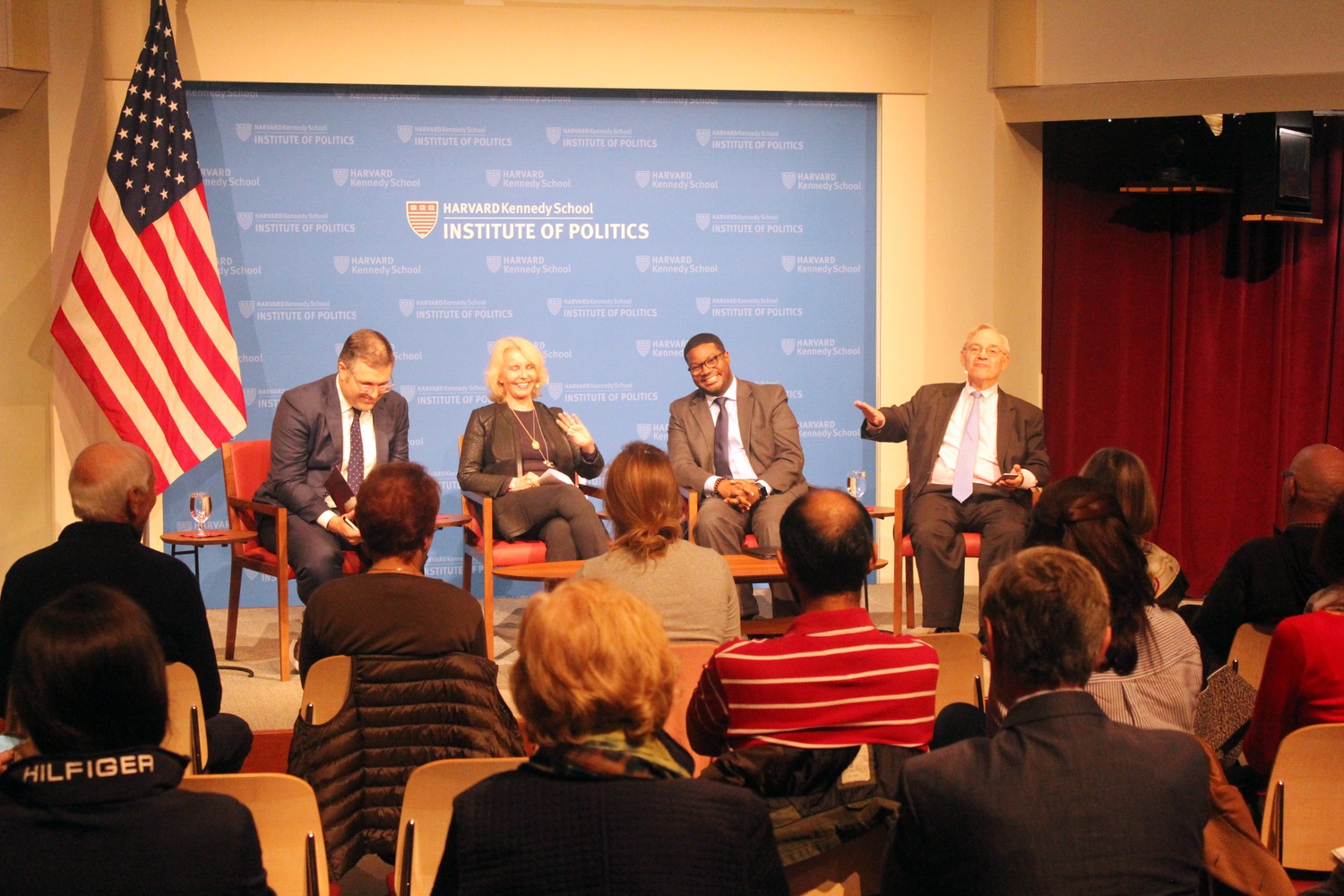 Professors and religion scholars discuss the Christian belief of connected financial prosperity and the will of God in the age of Trump at the IOP Monday night. By Margaret F. Ross
By Delano R. Franklin and Andrew J. Park, Contributing Writers

Three experts on religion discussed the relationship between theology, wealth, and President Donald Trump’s popularity among evangelicals on Monday evening at the Institute of Politics.

This panel, moderated by Shorestein Center Director Nicco Mele focused in particular on a religious belief termed “the prosperity gospel.” Popular among some American Protestants, the prosperity gospel is a concept which holds that material wealth and physical health are signs that an individual is favored by God.

Pusey Minister in the Memorial Church and Reverend Jonathan L. Walton, identifies the prosperity gospel as a belief which “hinges on the principles of sowing material goods and then reaping in return” and which involves “viewing the Bible as a contract between believers and God” that guarantees material security to the faithful.

Throughout the panel, Sally Quinn, an author and columnist with the Washington Post, drew parallels between the prosperity gospel and the religious forces at work in the Trump administration. She attributes Trump’s political success to the growing popularity of the prosperity gospel, identifying the theology’s influence among informal advisers for spiritual matters.

Mele asked the panel about how evangelicals can show such fervent support for a man “who has lied about giving to charity, who has been divorced twice, who has bragged and used terrible language to talk about women and sex.”

To answer the question, Divinity School Visiting Professor and columnist E.J. Dionne Jr. pointed to one poll early on in the election season that spoke to why Trump’s message resonated with evangelicals. The poll question asked respondents whether they would support a candidate willing to “break the rules...to put things right.”

“Trump’s strength among evangelicals initially came from those evangelicals who said [they] want somebody to break the rules,” he said.

Walton noted how Trump’s career as a businessman further worked to his advantage in appealing to the broader public.

Antonios Trimpalis, a postdoctoral fellow at Tufts University who attended the event, agreed with the panel’s analysis of the prosperity gospel’s role in American politics.