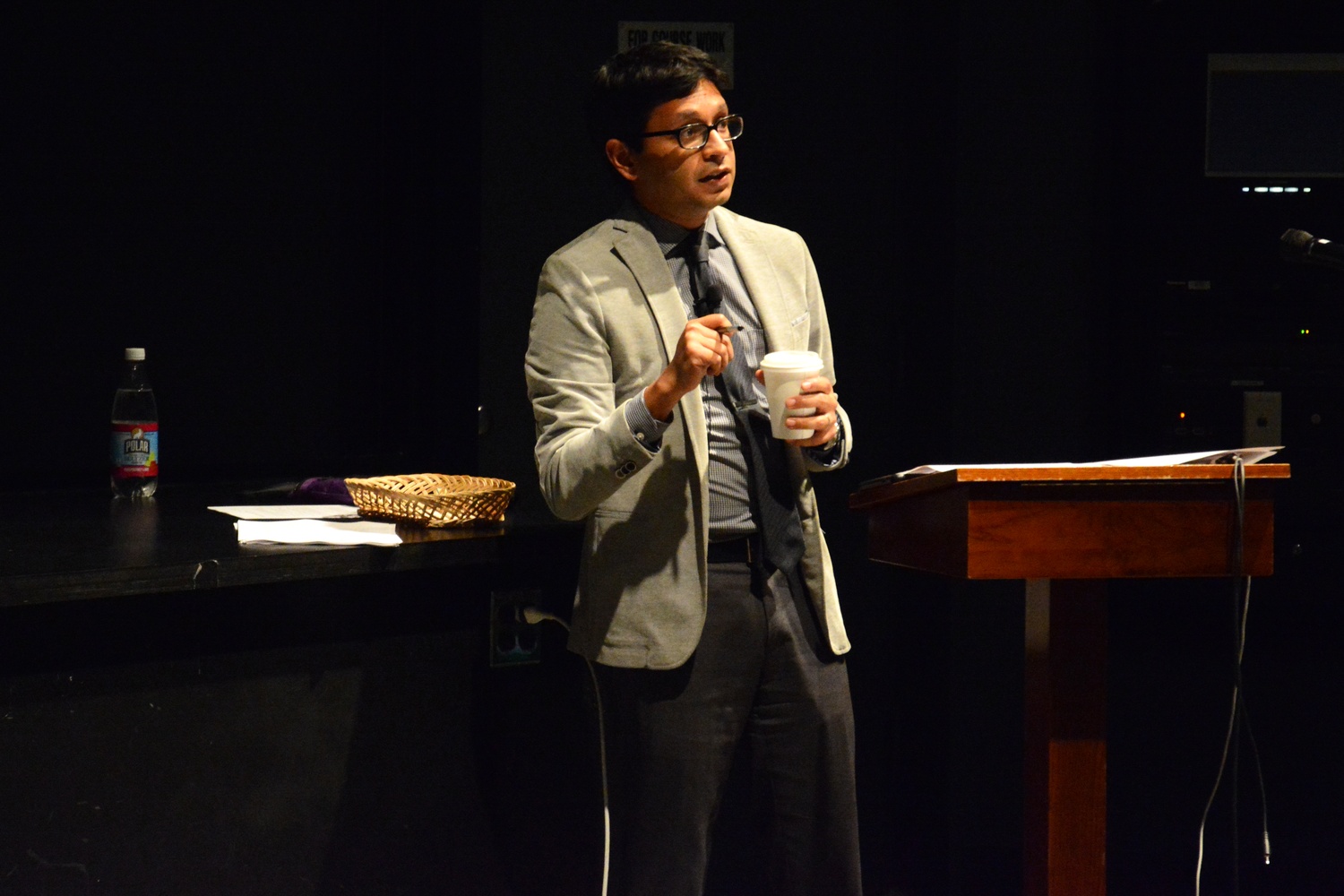 The event—a collaboration between the Black Students Association, Fuerza Latina, and the Asian American Association—was originally scheduled to take place in the Leverett Library House Theatre, but was moved to the Science Center a few hours before it began due to significant interest.

At the event, the organizations distributed a “fact sheet” about affirmative action at Harvard, which has recently been the subject of intense scrutiny. In Nov. 2014, an anti-affirmative action organization sued Harvard, arguing that its admissions policies discriminate against Asian-American applicants. Earlier this year, the Department of Justice also began investigating whether Harvard discriminates against Asian Americans in its admissions process.

K. Sabeel Rahman, a visiting professor at the Law School, was the event's keynote speaker. In his introduction, Rahman highlighted the debate over affirmative action policies as “just a small slice” of the larger puzzle of diversity in America.

“If we are trying to think about how we make a more inclusive, broader-opportunity society, affirmative action is part of that story,” Rahman said, “But it’s a relatively small part of that story, relative to the scale of the problem.”

The problem, he said, extends far beyond Ivy League admissions. He said that the United States faces many challenges to equity in education and economic mobility. Housing is “in many ways more racially segregated” than it was during the era of Brown v. Board of Education over 60 years ago, Rahman said.

After Rahman spoke for roughly 15 minutes, organizers turned to the audience, letting students—both undergraduates and students from Harvard’s graduate and professional schools—give their perspectives on the debate.

Gregory K. Davis, a Ph.D. student and resident tutor in Dunster House, mentioned that while some see colleges as “benevolent actors” that provide the “gift” of admission to students, he views the process as a form of capitalism.

“I don’t know what the exchange rate is between a perfect SAT score and just being a black face on campus,” Davis said. “We are giving something to Harvard that other people cannot, and that is important and valuable.”

The lawsuit challenging Harvard’s admissions concluded its fact discovery stage in August, and each side has until next June to file a motion to dispose all or parts of the suit.