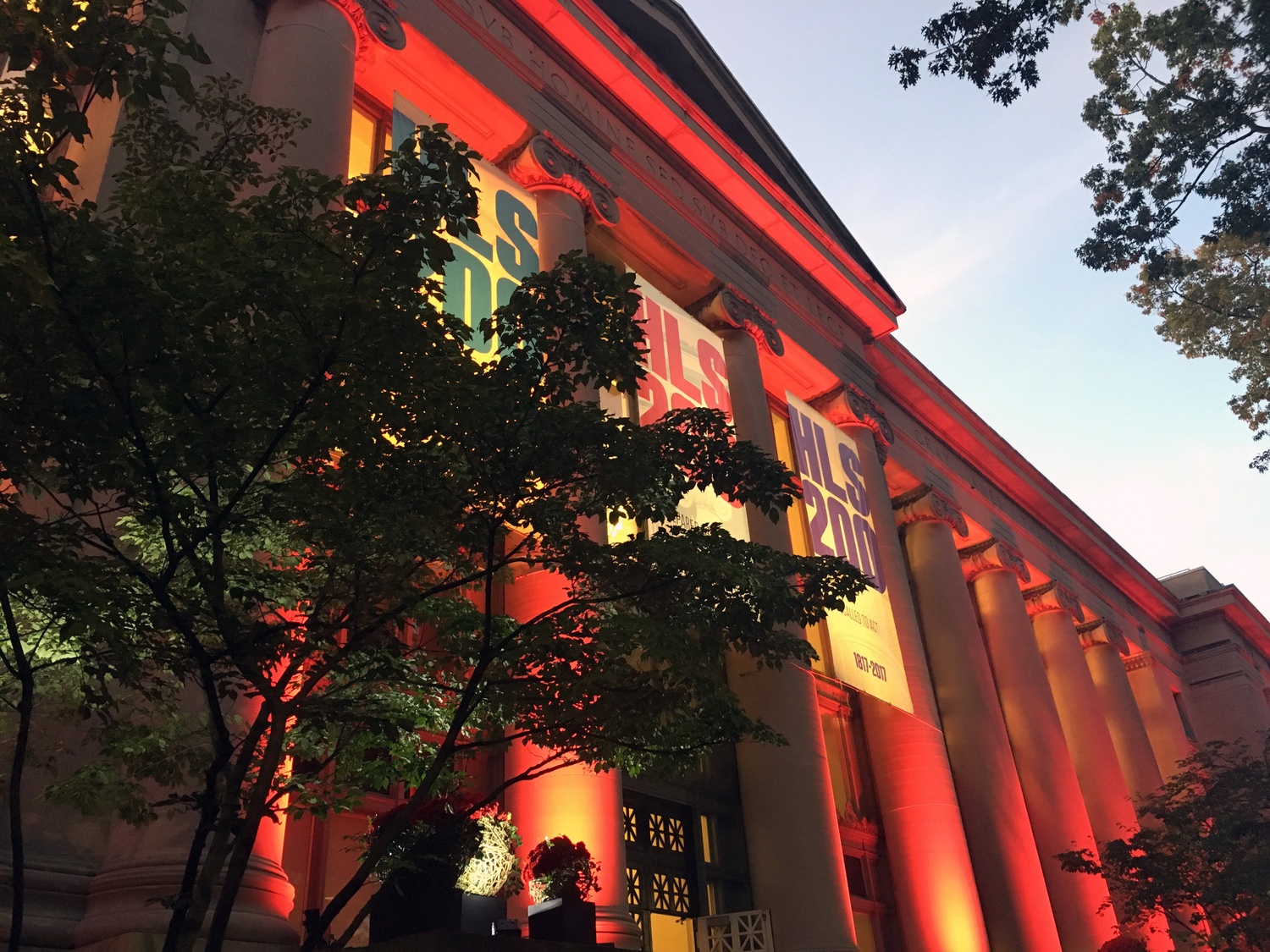 The Law School, which was founded in 1817, has already hosted a series of events this year celebrating this milestone. This weekend’s summit was its largest bicentennial event yet, featuring 62 sessions Friday and an opening ceremony with six current and former Supreme Court Justices on Thursday.

Richard Lazarus, a Law School professor and the chair of the bicentennial programming, said the aim of the event was to celebrate the Law School with action, rather than reflection.

To that end, the Law School packed the day’s schedule with notable alumni and faculty presenters including five senators, former U.S. Attorney General Loretta E. Lynch ’81, and federal judge Merrick B. Garland ’74, among many others.

Virginia Senator and 2016 Democratic vice presidential nominee Tim M. Kaine, who graduated from the Law School in 1983, praised the practical skills he learned during his time in Cambridge.

“I had a lot of classes from super brainy theoreticians, but I was a nuts and bolts civil rights trial lawyer in the South for 17 years,” Kaine said. “When I think of Harvard, I think ‘what a great trade school.’ You guys gave me some really practical things that I was able to turn into this cool civil rights and public service career.”

Mass. Senator Elizabeth Warren recalled her path to Harvard later in her career as a professor after earning her earlier degrees at public institutions. She said Law School professor Charles Fried had called her when after she had guest-taught at Harvard for a year and was a professor at the University of Pennsylvania’s Law School. Fried told her that Harvard was the place where she could make the largest impact.

“And that was the answer,” Warren said. “I came to Harvard and got deeper into the fights. It’s a bigger place to be making an impact, and every day I got to walk into the classroom and say ‘get better at what you’ve got.’”

Rebecca A. Vastola, a first-year law student who attended the Senators’ event, said that the focus on government and public interest speakers was especially appealing to her.

“I think it’s an incredible opportunity, for those of us that this is corresponding with our first year at Harvard,” Vastola said. “I think a lot of the Law School and classroom time is really focused on practicing and firms and working in business and I think this is a great opportunity for the people who are more focused on work in government or public interest to get to see some of our heros.”

The bicentennial celebrations continue throughout the year, featuring a number of events, including a public service day in April.