With Faust, Wynton Marsalis Reflects on Power of Music 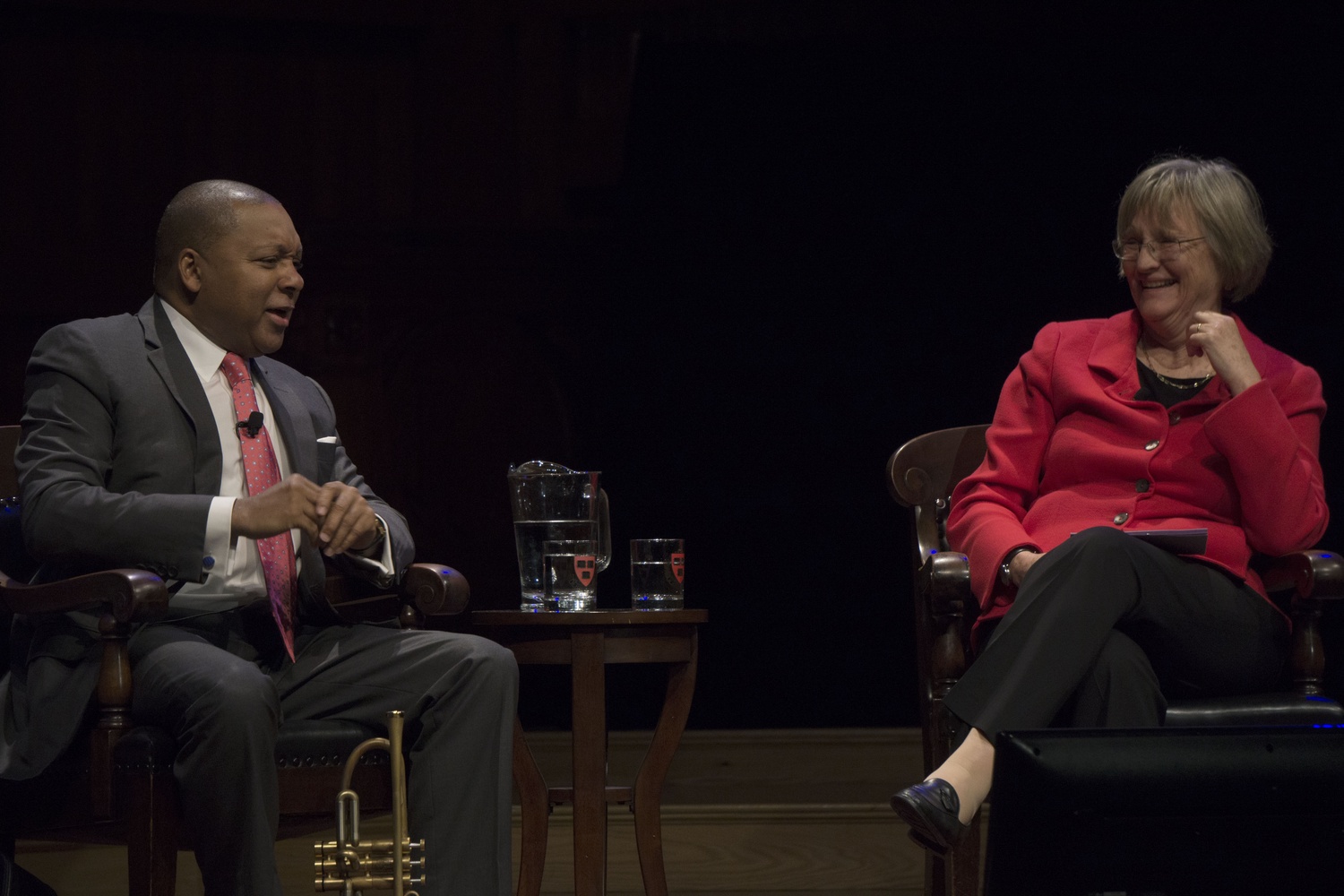 Trumpeter and composer Wynton L. Marsalis improvised some blues with the Harvard Jazz Band before reflecting on the value of education for both the arts and society with University President Drew G. Faust in a crowded Sanders Theatre Monday night.

Marsalis was celebrating the video release of “Music as Metaphor”, the first in a series of six combined lectures and performances he gave at Harvard between 2011 and 2014. The world-renowned artist has won nine Grammy Awards for both his jazz and classical performances.

Greenblatt welcomed Marsalis as “one of the most intellectually exuberant and generous of the great artists who has contributed so much in recent years to Harvard.”

Following their comments, Yosvany Terry, a Music lecturer and Jazz Ensembles director, brought up six undergraduates to play for the audience and then joined in himself, beating a drum and singing along to a traditional West African song.

Marsalis then took the stage, greeted the members of the Jazz Band with hugs, and surprised the audience by taking out his own trumpet to accompany trumpeter Miranda Agnew ’21 in improvisational blues.

Beginning their conversation, Faust recapped Marsalis’s previous appearances at Harvard then asked questions about the value of music and education.

"The value of education and of knowledge is that you become aware of things and ways you can become more powerful," Marsalis said.

Throughout the event, Faust played clips from videos of Marsalis’s previous lectures.

Marsalis also talked about the impact of technology in education and society, and noted its effects on the music industry.

“A lot of people aren’t even playing; they've all got earplugs in,” he said. “They’re musicians. What do you need earplugs for if you’re a musician? You need to hear. Then they hire people to fake like they’re playing.”

At the beginning of his talk, Marsalis joked that he would never get a job at Harvard. After thanking him for his contributions over the years, Faust joked in kind and said, “you’re hired.”