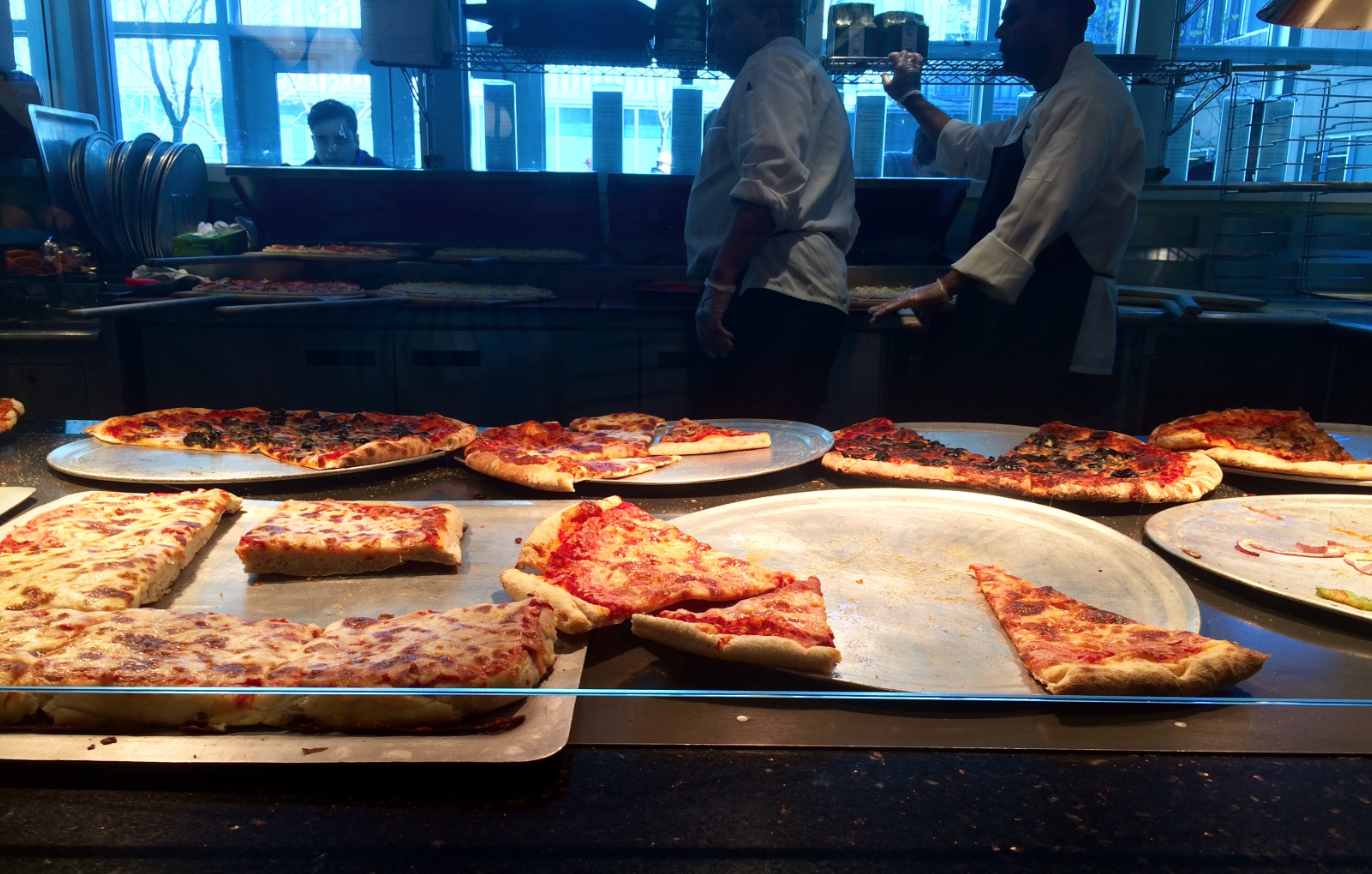 Slices of pizza are put on display at Greenhouse Cafe, an on-campus eatery that closed in spring 2016. By Eva S. Monroe
By Andrea M. Bossi and Eli W. Burnes, Contributing Writers

In the battle for the hungry stomachs of Harvard undergraduates, pizza chain Papa John’s recently employed deals to gain a greater share of an already competitive market.

Just this semester, Papa John’s flooded student inboxes with free pizza coupons, additional discounts, and a complementary Papa John’s refrigerator magnet. The advertising campaign is part of a new collaboration with Harvard Student Agencies, a student-run corporation that maintains a close relationship with the University.

But competition in the Square is fierce. National giants Papa John’s and Domino’s have to contend with perennially popular local pizzerias, Otto and Pinocchio’s—mainstays of Harvard Square.

Some students' allegiances to pizza chains remain salient even in the face of discounted pies. When Maha J. Al-Suwaidi '19 received her coupon for a free medium Papa John’s pizza, she said she threw it away.

“Papa John’s is okay. I think Dominos is better," Al-Suwaidi said. “I don’t normally order pizza, so I didn’t see a reason to keep it around.”

On the other hand, other students say they are long-time lovers and fanatics of Papa John’s.

“I would always eat Papa John’s back home, so that’s why I prefer it better,” said Caroline Ko '21. “Growing up, all I ate was Domino’s, but then I switched to Papa John’s because they had better ingredients.”

Others, like Mason Watson ’21 disparaged Domino’s for putting “too many spices in their crust.”

“It gives me a headache,” he said.

The marketing campaign may be having mixed success. Some students said they had never ordered Papa John’s, or Domino’s, and never received the coupon. Emma Y. Lin ’21 didn’t get coupon herself, but received a discount code from a friend.

Papa John’s is pretty comparable to other brands, she said.

“Pizzerias in the Square have very weird flavor combinations. Sometimes it’s nice to just have a regular pizza,” she said.

For other Harvard students, proximity remains the most important factor in determining where to purchase a pizza—an advantage possessed by Square-based pizzerias Otto and Pinocchio's.

“Otto is right across the street from our dorm, so I just go to Otto, ” said Derek Woo ‘20, who claims to have never tried Papa John’s.